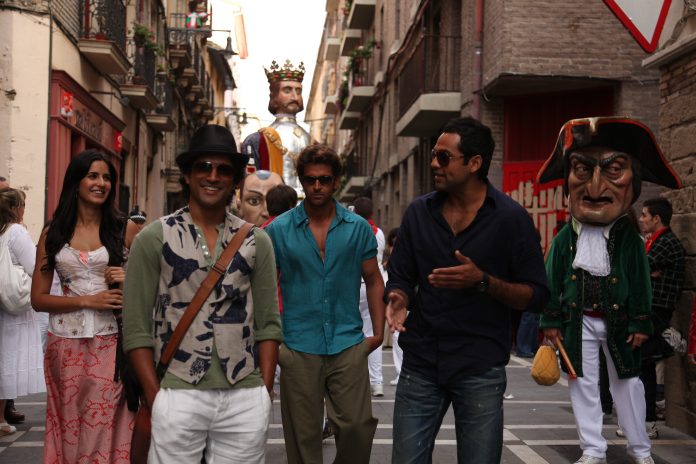 Movies have become a huge portion of our daily lives. Whether it is horror, thriller, romance, comedy or simply feel-good love and friendship movies. A movie makes us think in a wider perspective and to build opinions. They have become an essential source of education to the audience about different social topics or stories of our Nation. Bollywood has been creating variety of movies for the viewers to make them feel the emotion behind the scenario. Recently, movies like Oh My God, Pink and Chhichhore have been teaching us about Superstitions, Awareness of Rape Culture and Suicide prevention respectively. In the similar way, movies like The Ghazi Attack, Baby, Border, URI: The Surgical Strike bring out truth about our Nation’s victories and hidden stories.

Most of the movies act as an eye-opener in one or the other way. However, every movie lets us feel the emotions behind a scene. It happens quite often that we watch a movie and immediately feel a connection with the character. We can either relate to the situations and the feels of an actor or would want to be like them. Here’s a list of 10 such Bollywood Movies.

Bollywood at various occasions released some heart felt movies that made us feel the connection. We cannot deny that we want to be one of them and experience all those in the journey. Here are 10 Bollywood movies every guy can relate to and would want to undergo.

Jaane tu ya Jaane Na is one out of the 10 bollywood movies that defines the generation perfectly. Jai and Aditi are a best friends who refuse to consider a relationship beyond. However, they end up having feelings for each other but decide to suppress them overtime. Besides the love story that develops, a pleasant college life with a bunch of friends partying is something worth craving for. It is one of the movies among youth that is completely relatable.

A 21 year old college graduate doesn’t have any plans after graduation. The spoiled rich kid just likes to sit around, play video games, party with his friends all day. If that doesn’t define our generation perfectly, I don’t know what does. However, his life change when he meets Ayesha at a party. Ayesha shifts to Mumbai to find the purpose of her life which makes Sid re-think his life choices. He finally decides to set his life straight and do something that makes him happy. The movie relates to a lot of younger generation out there in the world either wasting time or stuck doing something that doesn’t make them happy.

The movie is about three friends experiencing a rough journey of relationship. Mostly, it is the story of majority of the men after college. Three guys living together, partying, having the independence, sounds like a dream, Right? You may like or dislike the movie, but you cannot deny you would be ready to be one of them instantly. Besides, the movie is quite an entertainer and puts on a good show for the audience. It is one among the 10 Bollywood films that instantly attracts a guy.

At a point in our lives, all of us must have been in different bands or dreamt of being in one. The story of a band journeying through different states of the country to perform is certainly intriguing for many. Sure, there are highs and lows within the band but that doesn’t stop us from wanting to be in it. Well, grabbing a guitar, drumsticks or a mic on a stage in front of a large crowd is definitely interesting. However, we cannot decline that at the end of the day, it’s all about being a Rockstar.

When it comes to making the audience empathise the emotions of a character, there are very few directors who can pull it off. Imtiaz Ali is surely one of the few gems of Bollywood. Tamasha compels our emotions and makes us undergo the sufferings of Ved. There are a lot of us out there pretending to be “not ourselves” in the race of life. A lot of us are just a soul trapped in a body, both contradicting one another. Ved is one of them, one of us until he breaks out about what he wants to make himself. The character is unquestionably relatable to a majority. Who wouldn’t want to break out and pursue what he’s passionate about. This 6th movie out of 10 Bollywood is sure to touch the heart of every guy.

A little different than the other movies in the list is this laughter ride “Hera Pheri”. It is not specifically relatable to the audience that loves the film. However, we just CANNOT deny how badly we wish to be a part of the trio. The gang puts on an incredible show on the screen that makes every guy wanting to bind with them.

Journey of three friends in an Engineering college and the life that follows beyond it. It perfectly defines the cycle of a student in the country. The unending race throughout our lives and losing ourselves along the way. This Bollywood masterpiece brought out a student’s voyage among the audience. Every student could easily relate to one or the other character. It is definitely one of the most loved and appreciated movies till date since 2009. Pursuing passion, doing what we’re good at, fighting for excellence, who can deny to be a part of the movie.

Also Read : TOP 25 Indian Web Series that should not be missed out!!

Speaking of the absolute “guy” movies, Dil Chahta Hai cannot be left out of the list. A trip to Goa with their squad is one of the many dreams for a guy. Dil Chahta hai is a movie about after graduation trip to Goa. Aamir Khan, Akshaye Khanna and Saif Ali Khan sets their destination to Goa to spend a good time together after graduation. It is surely going to add Goa to your bucket list!

When Yeh Jawaani Hai Deewani came out in 2013, every guy thought there was a part of Bunny in him. Ranbir as Bunny, dreams of living the life on his terms, having plans to travel every corner of the world. This movie is one of those that awakens the wanderlust within you. Along with the travel goals it sets for a person, it has ideal mixture of love, friendships and emotions. Every single soul wants to be the Bunny of the crew, being so lively and solo tripping to different parts of the world. Life of Kabir Thapar is a dream of many guys out there.

The movie displaying the vacation of a lifetime have been receiving love ever since it came out. Hrithik Roshan, Farhan Akhtar and Abhay Deol fly to Spain for a Bachelor Party. However, they are completely different personalities after this unexpected adventure. Honestly, this movie will make you crave for an ideal vacation with your amigos. Soon after the release, every person wants to plan a dreamy holiday with their friends. This movie has set the bar too high in terms of travelling, who wouldn’t want to be a part of the squad?