When we talk about cars and their performance, the most important thing that picks our interest is the ‘Speed’. Some manufacturers make engine the shining star, while others focus on balancing to make the cars shine. Many car enthusiasts risk their lives for reaching faster speeds. One of the greatest figures in motor racing, and the famous American actor is known for his role in the “Fast and the Furious” franchise, Paul Walker will always be remembered for his love for cars and speed. So let’s talk about these finest representations of the human invention give your adrenaline a boost. 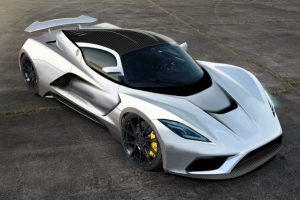 A claimed top speed of 301 mph, the Venom F5 crushed the previous top speed figure. Hennessey with an all-new, 2,950-pound carbon fiber chassis, and bolted a 1,600-hp, 7, 4-liter, twin-turbo V8 to it. The results are absolutely surprising, as the car can reportedly go from 0 to 249 to 0 mph in less than 30 seconds total. 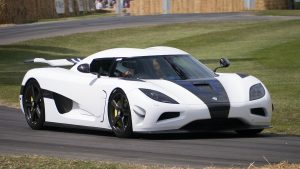 Koenigsegg Agera RS is authorized as the fastest car in the world with a top speed of over 273 mph, which is faster than any other supercar you will find on the market today. The car comes with a 5-Liter Turbocharged V8 DOHC and is capable of generating 1200 pound-feet of torque and horsepower of 1140, thus enabling the vehicle to reach speeds from 0 to 186 mph within 11.7 seconds which is a world record. Available for a price of £1.1 million. 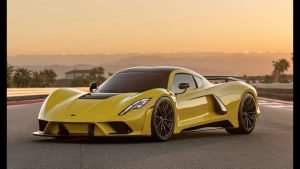 It recorded a 270.4-mph run in 2014. The car is modified based on Lotus Exige and has a maximum speed of 270 mph. Packed with a mighty 7.0 Liter Twin-Turbocharged V8 Engine, the Venom GT is capable of generating an outstanding horsepower of 1,244 and torque of 1,155 pound-feet, thus enabling the car to acquire a halt from fly at 62 mph within 2.8 seconds. There’s also some debate about whether the Venom GT qualifies as a production car, because of its handbuilt nature. 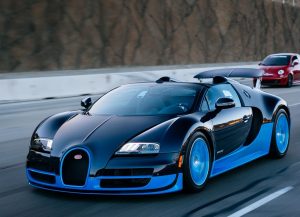 The Bugatti Veyron was the first ever production car to exceed the 250 mph mark. Subsequently, due to a few technical difficulties, its title was taken over by the Koenigsegg. As a result,  Bugatti introduced its Super Sports model that has a maximum speed of 268 mph. Bugatti Veyron Super Sport comes equipped with an 8-Liter Quad-Turbo W16 Engine which is capable of generating an impressive torque of 1,106 lb-ft and horsepower of 1,200. Available for a price of €1.6 million. 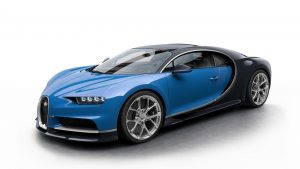 The Veyron was a legendary feat of engineering, a supercar whose performance was so astounding. After years of production, the Volkswagen Group has launched the Veyron’s successor, the Bugatti Chiron. The Chiron is a king among supercars as only 500 were released for the first generation, and they cost a  $2.6 million each. 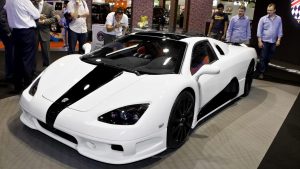 Ultimate Aero, produced by SSC North America (formerly known as Shelby SuperCars, was the fastest production car in the world. It reached a top speed of 256 mph. The vehicle is provided with a 6.3-Liter Twin-Turbocharged V8 Engine that is competent of generating an intense horsepower of 1,287 and torque of 1,112 lb-ft. It is available for quite a reasonable price of €550,000. The only drawback of this beast is that there are no electronic driver aids to help control that power. 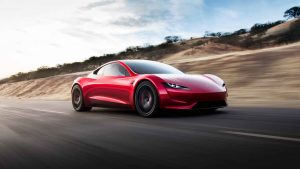 The initial Tesla Roadster was a sports car which was based on the Lotus Elise. The second-generation Roadster highlights the most impressive spec sheet of any EV before it — 0 to 60 mph in 1.9 seconds, 0 to 100 mph in 4.2 seconds, and a claimed top speed of 250 mph. Its impressive performance is known for establishing Tesla as a legal and authorized player in the automotive world. 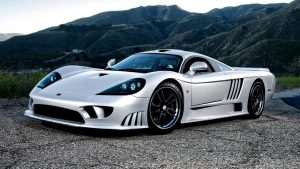 Saleen S7 is iconic with its exotic styling, insane performance, and tuning potential to name a few. Manufactured from 2000 to 2009, the S7 was America’s first mid-engined supercar. Producing 750 hp, the vehicle could hit 60 mph in just 2.8 seconds before crushing the quarter-mile in 10.5 seconds. Its most stunning statistic is its top speed of 248 mph, making it one of the fastest cars ever put on the road. 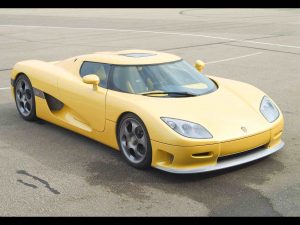 The CCR model attained a top speed of 242 mph in 2005 at Italy’s Nardo Ring. Koenigsegg enters the top 10 list once again with its CCR model that is a mid-engine sports car, briefly held the ‘world’s fastest’ title. Koenigsegg was the preeminent ever production vehicle to strike McLaren’s 8-year streak as the agile production car. The car comes decked with a large and powerful 4.7-liter V8 Engine. 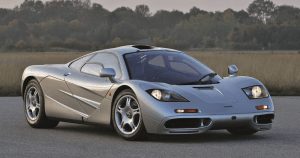 The Mclaren F1 is more than just a previous worlds fastest car. The car has a distinctive interior design of being a three-seater with the driver’s seat at the center and two passenger seats on the sides. With its center driver’s seat, gold-line engage bay, and carbon-fiber body, it is also one of the excellent cars ever made. The overall design of the vehicle is also awesome and has exceptional aerodynamics to ensure maximum speed and performance. It is equipped with a 6.1-Liter BMW M V12 engine, the supercar produces 670 Horsepower and peak torque of 520 lb-ft.In 2013, it was sold for a record price of US $8.47 million.