Bollywood is currently in the throes of a historic movie. In the past few films have come out like ‘Padmaavat’, ‘Bajirao Mastani’, ‘Manikarnika’, ‘Kesari’. Then there’s talk of the movie ‘Tanhaji: The Unsung Warrior’. The trailer for this movie was just released. And audiences have begun pouring in praise on social media. The film has again made a comeback to the story of the brave warrior Tanhaji Malusare, who made it to Kordana Fort 3 years ago.

Now the screen has been lifted from the role of Kajol in the movie ‘Tanhaji: The Unsung Warrior’. Ajay Devgan himself shared Kajol’s photo on Twitter. The tweet reveals that Tanjhaji Malusare’s wife Savitribai Malusare will play the role in the movie Kajol. Looking at the look of all the actors in the film, the enthusiasm for the film has become quite popular among the fans.

Saif and Ajay will be appearing on the silver screen after three years for the film ‘Tanhaji’. The film is set to release on January 5. The film is directed by Om Raut. Since the announcement of the film, it has been seen that the artist was curious about it.

The trailer for the movie ‘Tanhaji: The Unsung Warrior’ depicts the story of Mawla, Tanaji Malusare, from the pages of Shivaji history released on Tuesday. The three minute twenty-second trailer features all the main characters. In this, actor Ajay Devgan in the role of Tanhaji, Saif Ali Khan in the role of Udaybhan Rathod and actor Sharad Kelkar in the role of Chhatrapati Shivaji Maharaj. The trailer also featured a glimpse of Kajol in the role of Tanahji Malusare’s wife, Savitribai. The same trailer was spotted on social networking site on Tuesday. The trailer of the film was screened in Mumbai. Artists interacted with journalists during this time. This time, Ajay gave a very funny answer to a question asked by journalists about Kajol.

His real life wife, Kajol, played the role of wife in the ‘Tanhaji: The Unsung Warrior’ starring Ajay Devgan’s hundredth film. The duo had a glimpse of the chemistry in the movie. Ajay reporters were questioned in this regard. “How do you feel about sharing a screen with a real-life wife after so many years? “What was the experience of working with Kajol,” Ajay was asked. Ajay gave a very funny answer to this.

At the trailer launch event of the film, Saif along with Ajay answered reporters’ questions. Ajay and Kajol, who got stuck in the marriage bed in 19 years, have worked together in several films before. Chief among them are ‘Ishq’, ‘Pyaar to ho na na tha’, ‘Raju chacha’, ‘Gundaraj’, ‘Hal-e-dil’, ‘Vighnahrta’, ‘You me and hum’, ‘Halal’, ‘Dil kya’. Kare ‘films are included. He acted together in the film ‘Toonpur ka Superhero’ which was released in the year 7.

The film is set to release on January 5. The film is directed by Om Raut. Since the announcement of the film, it has been seen that the artist was curious about it.

Exactly what happened when the fortress struck?

The original name of the lion was Kondhana. This fort was for the first time the Adilshahi. There, Dadoji Konddev was a handsome man. This fort was given by Shivaji Maharaj to the Mughals in Puhar’s Taha. Udayabhan Rathore, a Rajput from Rajasthan, was there at that fort. Later he converted, he was here to crush the Mughals.

Shivaji Maharaj had chosen Tanhaji Malusare to regain this fort. They set aside their son’s wedding and prepared to go on a campaign. Surprisingly, Tanaji went on an expeditionary expedition, leaving only her son to marry and marry only 3 mawlis. At that time, the phrase “first to be bruised and then to my heart” is still rooted in history. During the battle at the fort, Tanhaji Malusare suffered valor.

The same battle continued with his brother Suryaji Malusare. And by winning the victory, he threw the saffron at the fort. When Shivaji Maharaj learned about the conquest of the fort and the sacrifice of Tanhaji, the Maharaja exclaimed, “The fort came but the lion went”. The fort was then renamed as Sinhagad.

The unique importance of the Maval is important in the history of Chhatrapati Shivaji Maharaj. Bollywood actor Ajay Devgn will bring the story of Tanjali Malusare to the silver screen in the same Shivaji history page as a movie, ‘Tanhaji: The Unsung Warrior’. The trailer for this movie has just arrived in the audience. Some of the audience liked the movie trailer and some expressed their displeasure. But now the Networks have made the Vahnat Memes on film.

Lets see who Tanaji Malusare was?

Narvir Tanaji Malusare who performed historical feat in a word of Shivarai!

Hard to find a Marathi man who does not know the name of Tanaji Malusare!Knowing the history of Shivaji Maharaj from an early age, we know the heroic story of Tanaji Malusare, and the valor of that Narvir resides in his heart forever. This short article to give the same heroic light again!

At the age of 8, Chhatrapati Shivaji Maharaj promised for self-government. Maharaj, with some of his chosen allies, called for an Elgar of Independence. His colleagues had also vowed to fight for the state until the last breath. Tanaji Malusare was one of these valuable colleagues of Shivaji Maharaj!

According to Purandar’s thirst for the Mughals on June 5, the Shivaji kings had to surrender the fort of Kondhana and other forts to the Mughals. Because of this, the pride of the Marathas had stumbled somewhere. Rajmata Jijau Aisaheb was also disturbed by this.

Tanaji Malusare is a childhood friend of Shivaji Maharaj and a very trusted partner of Maharaj. During every crisis of Maharaja, Tanaji had supported him. Tanaji was at the forefront of the campaign when Maharaj initially launched a campaign to take over the fort. Tanaji had shown immense valor even during the historic Afzal Khan slaughter.

Tanaji Malusare was also among the 3-4 men who entered the red palace when the Maharaja had taken 3-5 loyal companions to tear down the Shahist Khan. Shivaji Maharaj had closely observed Tanaji’s valor at all times, so he was convinced that only Tanaji could do the feat of making Kondhana.

Tanaji Malusare, the most special person of the wealthy Chhatrapati Shivaji Maharaj. Shivaji Maharaj trusted him too. They were fully convinced that only work could be done by someone who could not do it.

The wealthy Chhatrapati Shivaji Maharaj once gave Tanaji Malusare the responsibility of winning the Kondhana fort. When Tanaji realized this responsibility, he was preparing for his son’s wedding. Upon receiving the message of Maharaj, Tanaji realized that there must be something important. Tanaji left the preparation and appeared before the Maharaja giving priority to his work for Swarajya.

Maharaj said that now it has been an honorable thing to win Kondhana Fort and there should be no place. Tanaji then proceeded to occupy the Kondhana fort, which was well-guarded and guarded by a wide range of outposts and a mighty fortress like Udayabhan. They went with their squad to win the battle. First, the lagoon crust, then the laguin raiba. “These words are famous steps in history.

On the fort, Udayabhan Rathod, a fortress, was a brave man, and under his hand was an army of about eight Hashem. At night, under the leadership of Tanaji Malusare, the Maratha army marching from Rajgada crossed the Gunjwani river and reached the base of Sinhagad. It was a dark night. They chose the way to go to the brink, the edge of a huge dragon that could not be heard by the enemy.

Tanaji with his army came under the fort’s welfare door. It was late at night. There was darkness everywhere. Tanaji chose a way to get to the brink, the edge of the huge drones that did not come before the enemy! It was broken vertically. It can be mounted on a shore, with a rope ladder.

Tanaji took his “Monitor Lizard” named “Yashwanti” and tied her chamber and mounted it on top of the key, but Monitor Lizard came back. It was as if she were pointing to Tanaji about the ominous event that would happen next. But ignoring that signal, Tanaji, along with his comrades, entered the fort and captured the enemy troops in scissors.

Tanaji went to the first gate on the Pune side to have his people at the front door, and suddenly attacked the guards and cut them off.

After capturing the door, they went to the second and third gates and sent the guards to Yamsdani and seized the gates. This unforeseen disturbance caused the enemy’s army to stand on the fort. Avana Udayabhan also came to the raid and started mobilizing the army. Sarnobat Siddi Halal first encountered Tanaji. There was a tumultuous war between the two, and Siddi Halal fell into it.

As the chains through which the Maratha army was climbing the fort broke down, everyone gathered under the welfare door of the fort headed by Surajji and waited for the door to open.

Tanaji was slowly moving towards the welfare door. Meanwhile, Udayabhavan attacked Tanaji with all the power. Tanaji was physically and mentally disturbed by the night’s travels, fortress-attacks, and, chiefly, the repression of the expedition. Udayabhan, however, was refreshing and more younger than him.

Due to the onslaught of the Udayabhanas, the shields of Tanaji’s wounds were broken as well, but in this case, without giving up, he tied his hand with Shawl and struck Udayabhan. But as destiny did not see this kind of Tanaji, and a heavy blow from Udayabhaan took their lives and Tanaji fell down in blood.

But as he died, they cut off numerous enemies and had made the next path free for their Martha soldiers. One night the Marathas capture the precious gems of Swarajya.

Suddenly they attacked and captured the army in scissors. And they tried to win the fort by fighting until the last breath.

Shivaji Maharaj was overjoyed. But when they learned that their lion Tanaji died fighting, however, they did not shed any tears and from their mouth they went on to glorify the Tanaji, “The fort came but the lion of the kingdom was gone”.

Tanaji left his life after wreaking havoc on his left hand, even after the shield in Tanaji’s hand fell unconscious to the enemy. However, the fort was occupied by Suryaji Malusare and Shelarmama. The king had been warned that the fort had been won by burning hay on the fort. The incident took place on February 7th.

Tanaji had to sacrifice his life in the past. This was realized the next day when the wealthy Chhatrapati Shivajiraj reached Singhagad. Maharaj said, “Gad (Fort) is there but Sinh (lion) is gone”. The grieving kings sent Tanaji’s body to this village in his late teens. A beautiful monument has been erected at Tanaji where he has gone.

Even today, “Kondhana” Fort alias Sinhagad and its surroundings stand proudly, witnessing the history of the bravery of Tanaji Malusare and his accomplices in the dense foliage. 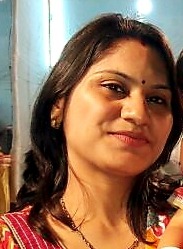 Harsha Amrish Bhoi
She has completed Masters in Information technology and having 5yrs IT experience. 5yrs experience in content writing and technical writing. 3+ yrs experience in teaching as well as subject matter expertise for IT subjects. She loves to write motivational and informative contents on current situations. Loved to write articles specially on India.