Zoya stretched out her hands and said, “Hi, this is Zoya, 2005 batch.” Shekhar shook hands with her and said, “My God! Look at you, gorgeous young lady eh!” Zoya hated herself for this but she went weak on her knees and her heart was beating frantically, she felt like sixteen again. Shekhar was the face which had troubled her all her life, he had those eyes which disturbed her dreams quite often, he had the smile which always gave birth to thousand butterflies in her stomach. Why does he have to be so disturbingly handsome, in fact, he looked a lot more handsome now, and sexy too. Furiously she reprimanded herself such idiotic thoughts.

“Care to join me for a cup of coffee?” He asked she opened her mouth to say no, “Sure why not” came a prompt reply from her. She felt like pulling out a dagger and stabbing herself with it. He sat across her and asked her about her life. As he sat across him, she couldn’t help but lose herself in those dark embers behind the glasses. They were engaged in a normal discussion like who is doing what, family and hobbies, from the surface everything looked very calm but Zoya’s heart was doing a somersault, it felt as if she had gone back in time and she was the teenager looking at her hero with stars in her eyes. Soon, the coffee finished and it was time to part.

They spoke very formally. As she got up to leave, she blurted, “Mind if we become friends on Facebook?” God that was so childish, Shekhar gave her a very curious look, she had no idea what he was thinking at that time about her. He took out the smartphone from his pocket, punched on the screen and said, “There! Friend request sent.” Sheepishly, she also took out her phone and said, “Accepted.” Zoya had no idea what future had in store for her. Shekhar was the guy she had a major crush on which always remained unreciprocated and he is the one responsible for all her childish miseries because he had captured her heart way back in time and much to her horror, Zoya realized that she still felt the same for him. He was the reason why she always accused her boyfriends every time she had a break-up. His being disturbingly good and alarmingly gentlemanlike was the reason all the other boys looked like buffoons to her.

On her way back home, she cursed herself, she mocked animatedly, “Mind if we become friends on Facebook?” Gawd! That’s so old school, I should have asked him for his number.

Shekhar on his way back could not help but think about Zoya, her mesmerizing smile, those intelligent eyes, wavy hair cascading down her waist. The best thing about her has she had no idea how beautiful she was, had it been the case she wouldn’t have dressed in a pair of torn jeans and a T-Shirt which was way too lose for her medium size. Unconsciously, he took out his phone and went to her profile, and started browsing her photos. She was a beauty and in some photos, she looked drop dead gorgeous but she always shied away from all the compliments blaming on makeup and camera. She hardly had any idea how many of the men on her friends’ list passed subtle comments expressing their interests in her. She was either too smart to handle so many admirers so very indifferently or too naïve to realize their feelings for her. Either way, she was unique and truly admirable.

As he flipped through her posts, he couldn’t help but notice that she was a very creative soul. She sketched the misery, joy, hustle bustle of life in a very simple yet heartwarming manner. His phone rang, it was a tipoff of some scoop. He asked his driver to take a U-turn and drove towards his studio instead of heading home. The next few hours went like a whirlwind, he got really engrossed with his time, doing research, interviewing the people involved. He also sent out the field journalist for the first-hand information regarding the new twist in the hunger strike of the University students over the molestation of one of their students by the Youth President of the ruling party. The new twist in the tale was, the local leader of the ruling party was planning to apply force to make the students succumb. Shekhar and his team informed the police beforehand and they had the situation much under control and now Shekhar was to tighten the noose around the neck of the ruling party until they devised a plan to serve justice.

Zoya had forgotten all about her virtual date with Farhan. She logged into Skype to see if he was still online, she was two hours late, she thought he must have gotten busy with his office work. She logged in to see a few missed calls from him and a voice message stating how much he missed her. No sooner did she finish with his texts and voice message, she had an incoming video call from him. She picked up the phone and was taken aback by a crowd of people who had captured her screen and all were smiling at her.

Farhan appeared as the crowd parted to make way for him, he was pushing a three tier cake towards her. She was literally bowled over, he wished her right at 12 a.m IST. After he cut the cake, he waved plane tickets to her. He was holding two in both hands. He asked her to pick any of the two. She chose the one in his right hand, he said, “Damn! You just missed out a foreign trip. You are such an old school girl. You want the guy to cross seven seas to meet you.” Zoya was undergoing the myriad of emotions, it was too much for her to handle in just one day.

As Zoya prepared to sleep, she decided to give her 100% to this relationship, her heart wanted to check out the profile of Shekhar but decided against it. She decided it was about time she moved on, moreover, it was nothing more than a childhood infatuation, she knew nothing about that man except the things that were telecasted on TV.  Farhan was flying down to her city or rather her country next week, she had to apply for the leave because she wanted to give all her time to him. It was not just her time which she intended to give to Farhan but all her love and loyalty too. 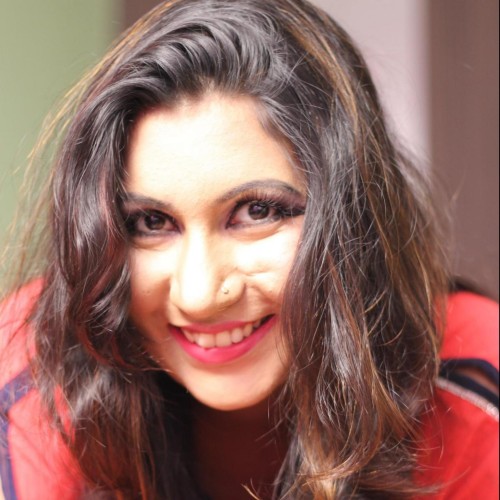