Is Soy Good Or Bad For Your Health? Benefits, And Potential Risks

Soy or Soybeans are one from the legume family that is indeed popular with the Asian native. Soybeans contain numerous nutritional values as such they are healthful and highly rich in protein. Specifically, people who follow vegetarian and vegan diets often have soybeans as a replacement for meats. However, there prevail some controversies that surround the nutrition, health benefits, and potential downsides of consuming soybeans. This article will give you a complete walk-through of each of these particularized parameters. Is that gonna be enough to assist you to figure whether soy is good or bad for your health? Will see that soon!

Soy and its key types

Soybeans are legumes that can be consumed whole or processed in a bunch of ways. However, it includes a wide variety of types, namely whole soybeans, fermented soy foods, processed soy-based foods as well as it is taken in the form of supplements. Will look into each type individually.

This is the one and the only type of soybeans that is the least processed including soybeans and edamame (green immature soybeans). Whereas, edamame is widely consumed as a high-protein appetizer in the Asian cuisines. Whole soybeans are being used to manufacture soy milk and tofu. Vegans as well as people who suffer from lactose-intolerance, use soy milk as a milk alternative.

These are mainly processed using traditional techniques. Fermented soy products involve soy sauce, natto, miso, etc. Soy sauce is a type of liquid dressing which is essentially made from fermented soy, roasted grains, and saltwater. In contrast, Miso is an authentic Japanese seasoning made from soybeans, salt, and a type of fungus.

As the name suggests, processed-soy-foods are made from whole soy. Soybeans are used to yield many processed foods, including yogurt, cheese, and as well they are used to fabricate vegan meat substitutes. A variety of processed soy-based packed foods are also available in the form of vegetable protein, soybean oil, and soy flour.

Also read CHOCOLATES; some AMAZING facts and its TYPES!

Soybeans can be prepared and used in a variety of ways. To put it briefly, soybeans are a complete source of plant-based protein. It also provides a decent source of good carbs and fat. Furthermore, soybeans comprise phytonutrients and antioxidants that are primarily interrelated to its numerous health benefits. These are low in saturated fats and inhold Vitamin C and Folate. Soybeans also offer small amounts of Vitamin E, Vitamin B6, niacin, and pantothenic acid.

The following are the nutritional aspects for around 100 grams of boiled soybeans :

Furthermore, soybeans are indeed a fair source of several vitamins and minerals, containing Vitamin K1, Manganese, Phosphorus, Copper, and Thiamine. It also consists of prebiotic fiber and various essential phytochemicals like plant sterols, the isoflavones daidzein, and genistein. Eventually, they are a rich source of various bioactive plant compounds, including isoflavones, saponins, and phytic acid. Yet, soybeans contain higher amounts of isoflavones than the rest of the common foods.

1. May aid bring down cholesterol

Several studies conducted show that soybeans may be helpful in improving cholesterol levels, specifically LDL cholesterol. Researchers even reveal that soy supplements didn’t function the same as eating soy food does. That means whole soy products are much more efficient in collapsing cholesterol. In this scenario, the main component which primarily provides this effect of cholesterol-lowering seems to be none other but fiber. In a comprehensive review of 35 studies, it was examined that consuming whole-based soy products has helped to compress bad cholesterol (LDL) while strengthening good cholesterol (HDL).

2. May downscale the risk of cancer

Soybeans constitute plant compounds that may aid to hold back from the prostate as well as breast cancer. Studies indicate that eating soy products is linked with lessening the risk of prostate cancer in men. Some of the soybean compounds namely isoflavones and lunasin may be reliable for the potential cancer-preventive effects. Although, all these shreds of evidence is limited to observational studies only. Correspondingly, these observations point towards the interrelation of soybeans consumption with cancer prevention. Yet, do not prove its inception.

Menopause is the period in the life of a woman when the entire circle of menstruation comes to an end. The symptoms essentially include sweating, mood swings, hot flashes which are the consequence of the reduction in the estrogen levels. Studies reveal that isoflavones, a family of phytoestrogens found in soybeans, may aid to mitigate these symptoms. Even though hormonal remedies have traditionally been used as a treatment for menopausal symptoms. However, isoflavone supplements are substantially in use today.

4. May cut the risk of osteoporosis in postmenopausal women

Osteoporosis is mainly perceived by reduced bone density which in turn increases the risk of fractures, specifically in women of older age groups. However, eating whole soy foods may aid to scale down on the risk of osteoporosis in postmenopausal women. After all, the plant compound Isoflavones seem responsible for causing all these sorts of beneficial assets.

Concerns and potential downsides of soy on health

Notwithstanding the fact that soybeans have an ample number of health benefits associated with it. However, certain individuals are necessitated to limit their eating of soybeans as well as soy-based products or avoid them entirely.

A relatively higher intake of soybeans and soy products may impulse to suppress the thyroid function in certain individuals. This will in return turn over to hypothyroidism which is a condition mainly characterized by lowering down the production of thyroid hormones.

Studies indicate that the plant compound isoflavones that are found in soybeans seem to be largely responsible in the smothering of thyroid function. Yet it can be summarised that regular consumption of soy products or isoflavone supplements may assist in the suppression of thyroid function. Especially in individuals who suffer sensitivity to the underactive thyroid gland.

2. May effect on male sex hormones

Men may consider including soybeans or soy products in their foods, as soybeans contain phytoestrogens. Although, studies do not have any satisfactory observation to foothold this misconception. Essentially, studies and researches reveal that soybeans do not adversely have any impact on the production of testosterone in men.

3. Allergic to soy or soy-intolerance

Food allergy can be characterized as a familiar condition that is mainly caused by a toxic immune reaction to certain components in foods. Soy-intolerance is fundamentally precipitated by the two soy proteins namely glycine and conglycinin that are found in most of the soy products. However, soy allergy is relatively unconventional in most of the children as well as adults.

4. Most soy in holds GMOs

Want to avoid these adverse effects and at the same time benefit from the soy? Then you must stick with the organic unprocessed whole soy. As more than 90% of the soybeans manufactured in the US is genetically modified. However, there’s still an ongoing debate on the all-over safety of genetically modified organisms that is GMO’s. Most GMO soy products have been detected to contain glyphosate residues and even possess a low-quality, substandard nutritional profile compared to the unprocessed organic one.

Certain studies have recommended that soybeans may have healthful benefits and positive effects on lowering cholesterol levels, reducing cancer risk and menopause symptoms, and a few others. However, some studies have illuminated the adverse effects and concerns regarding the consumption of soybeans or soy products. These include the impact on thyroid function, digestive health, soy allergens, the effect on male sex hormones, etc. What’s more, research has shown that the promising health benefits of soy are mainly triggered by the form/type in which it is being eaten. This specifies that whole and fermented soy-based foods contemplate being much superior to the processed or refined ones.

You may even check on to this one Apple Cider Vinegar | Proven Benefits, Dosage, Uses, And Probable Risks 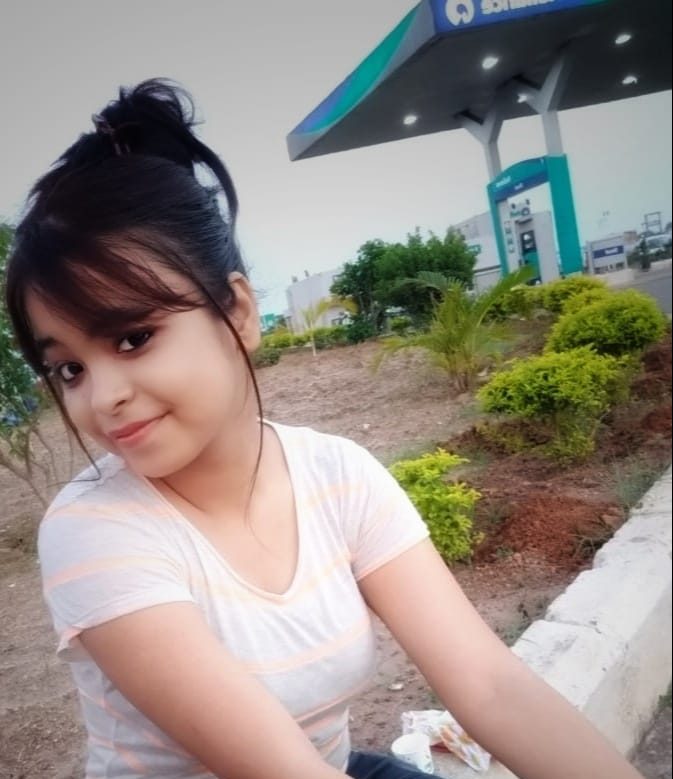 Riya
| I am Riya Shaw | | An aspiring blogger | | Passionate about writing blogs on food, healthy lifestyle, fitness and ways to redefine its beauty | | Hobbies ~ Writing delicious stories | | Believe ~ Make your times tasteful | | Hope ~ Spread love and kindness | |Do support me if you feel I helped a bit to make your day delicious and lifestyle healthy| | Feel free to make any recommendations in the comment section below. | | Do make me know any other recipes you would love to see in my upcoming blog posts. | :)