The very first Aghori was Kina Ram, who laid the foundation of the clan of Aghori. He was born in the year 1601 A.D at Ramgarh village in the Chandauli district near Varanasi, Uttar Pradesh state of India.

It is believed that, he had started to cry after three days of his birth by the blessings of the chief Goddess of Aghora, the Hinglaj Mata. He lived up to 150 years and died during the second half of the 18th century.

Below is the list of odd and amazing facts about the lives of Aghori Sadhus, who revere and relish what we usually dread – Death.

Every Human Being Is Born As An Aghori :

They believe that every Human being is born as an Aghori. A newborn child doesn’t distinguish between his faeces, dirt and toys and plays with everything he finds amusing and starts distinguishing among them only after his parents and society tells him. The child loses the traits of Aghora as he grows up and makes choices of his own.

Aghoris are often seen covering their body with minimalistic clothes. Sometimes, they are even seen completely naked. In this way they expunge the sense of shame.

Meditating While Sitting On a Corpse:

They meditate while sitting on top of a corpse they dig out in a graveyard. 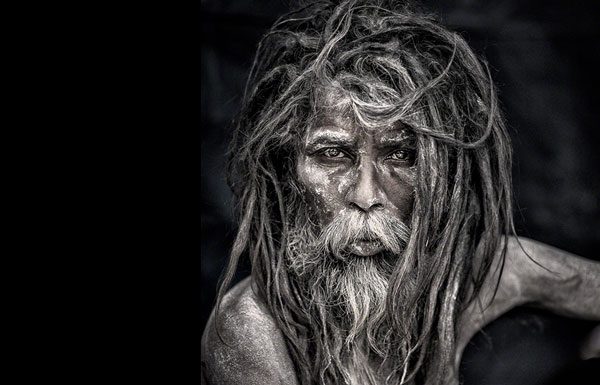 They let their hair grow to lengths without ever bothering about the need to cut it.

The healing powers of Aghori Sadhus are said to come from their expertise in Black magic. They never use their powers for harmful deeds. Instead, they absorb the diseases that plague the victims and eliminate the diseases by burning them using black magic.

Cannibalism is openly practiced by the Aghoras in Varanasi. They usually do not kill humans for their necrophagic needs, but only consume corpses from cremating grounds.

Their food habits include whatever a civilized human being will not eat at any cost, such as rotten foods, foods from dump site, animal faeces, animal urine and putrefying human corpses which are most often eaten in a cup made of human skull.

Consumption of excreta is said to kill ego and derail the human perception of beauty.

They claim that they have medicines for all the deadliest diseases such as Cancer and even AIDS. These medicines are called ‘human oils’ and are collected from the burning pyre after a dead body is burnt. 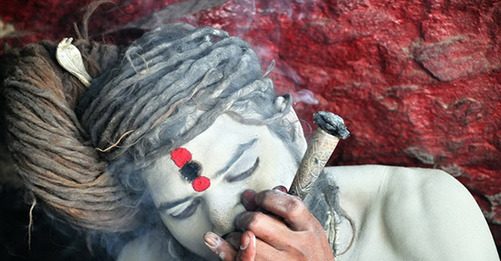 Aghoris are often seen under the effect of Marijuana almost all the time but still appear to be calm as ever. They believe that it is Marijuana  that helps them concentrate on religious mantras and strenuous meditation practices they routinely perform. 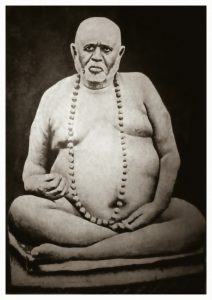 Tailanga swami is hailed as very powerful by the people of the locality. He was slapped and ejected from Kasi Viswanath temple by a priest when he saw him worshiping Lord Shiva with his own excreta. History says that the local king of Benaras saw in his dream that the Aghori who was insulted in the temple was a reincarnation of Lord Shiva himself. The priest was also found dead mysteriously, later.

Aghoris are known to live in places like Himalayas where no other human being is known to survive. They prefer solitude and so choose such places.

For Aghoris nothing is impure or nasty or filthy. They believe that to be truly filthy is the shortest path to god.

Profanity is the Route to Nirvana:

For some Aghoris cursing in an utterly profane manner for virtually no reason is the only way that can lead him to Nirvana or ultimate enlightenment.