What do you think when you plan to go on a trek? Which trek will be easier, which one will have the most beautiful sights or which one is worth visiting even if it’s the most difficult one? Following are some of the treks which are beautiful, a bit tough but worth visiting at least once in a lifetime.

DODITAL is a freshwater lake in Uttarakhand, India. The trek originates from the Bhagirathi valley, which is settled at an altitude of 1,350 meters, and passes through a mysterious forest and ascents gently to a height of 4,150 meters to Darwa Top. Dodital is often called Ganesh-ka-Tal and is considered as one of the sacred lakes in the Garhwal Himalayan region as it is believed that it is the birthplace of Lord Ganesha.

Best Season: Round the year except July and August

The Beas Kund, which is regarded as a holy lake is located in the Kullu Valley and is the original source of River Beas. It is believed that Rishi Vyas used to take his daily bath in the pristine water of this lake. The Beas Kund Trek, which is considered as one of the easiest treks in the Himachal Himalayan region is also a short trek of three days from the popular hill station of Manali that is placed at a height of 2,050 meters.

Featuring a dreamlike environment of nature colours, the Frozen River Trek, commonly known as the Chadar Trek, is one of the challenging treks in the Ladakh region. The Frozen River Trek, which is one of the popular winter treks, is also one of the longest trekking trails in the Indian Himalayan region that covers an entire stretch of 90 kilometres in 8 chilly days. Like a walk to paradise, the Chadar Trek fulfilling several trekkers’ dreams making it a part of their diary.

Darma Valley trek, relatively an unexplored trek, is known for offering mesmerizing scenic beauty. Religious for some and adventurous for other, Darma Valley also holds a strong religious connection. The trek passes through flower scattered fields, water streams, and ancient towns, which makes it an absolute delight for the trekkers.

The beautiful valley situated at an altitude of 3300 mts to 3650 mts is the paradise of nature lovers. The valley is exceptionally rich of the flowers wealth and has the largest collection of wild flowers species. There are about 520 species of flowering plants and the area was declared as a National Park in 1982. The animal like Himalayan black bears, musk deer’s, brown bears, Bharal and rich variety of birds and butter flies are found in this National Park. 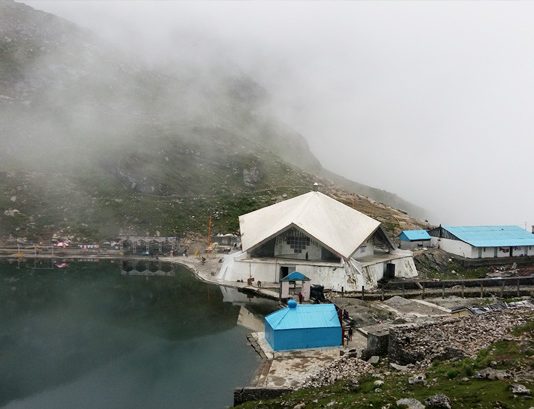 THINGS TO CARRY FOR THE TREK