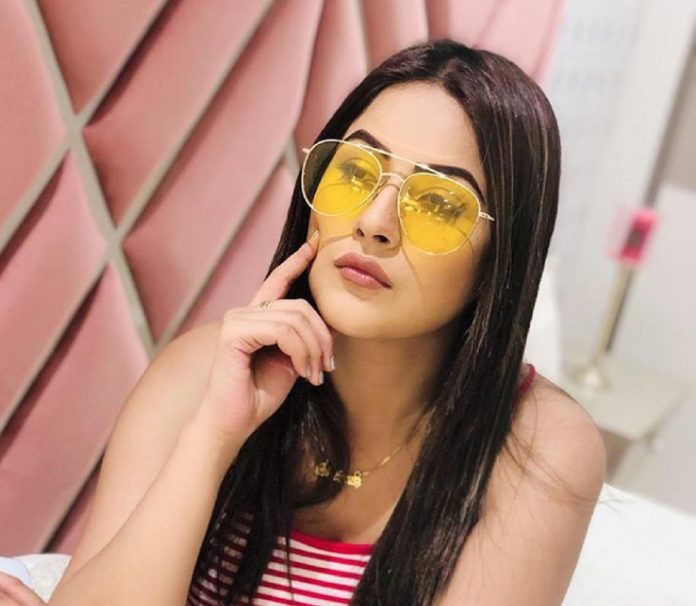 Shehnaz Kaur Gill is the beautiful young actresses of the Punjabi music industry She hails from Chandigarh. Shehnaz has actively being a part of so many Punjabi video songs. She was seen in one of the famous Punjabi movies “Kala Shah Kala” in a supporting role. Gill gained immense popularity after participation in Bigg Boss S13. She was one of the top 5 finalists of Bigg Boss S13.

Shehnaz was born in Chandigarh. Her birth date is 27 January 1993. No one in her family is linked with film and acting. She was born in a Punjabi Jatt family. Her father’s name is Santokh Singh, who is a renowned politician of Punjab. Shehnaz has a younger brother Shehbaz who also appeared in the Bigg Boss S13 for some time as a guest.

Shehnaz is a girl with cute looks. She is having an innocent face which always wears a smile. Shehnaz has small black eyes with brown hair. She is having a figure of 34-28-32. Her skin tone is fair.

In the year 2015, Shehnaz Gill made her debut in the Punjabi music industry with Gurvinder Brar’s song “Shiv Di Kitaab”. After that, she appeared in many music videos but it was Kanwar Chahal’s “Majhe Di Hatti” which made her a star. Since then, she has been a part of various music videos and many modeling projects. After her appearance in Bigg Boss s13, she was also a part of “Colors TV ” show “Mujhse Shadi Karoge“,

Shehnaz has appeared in so many music videos but her song “Yeah Baby” with Garry Sandhu is very famous. When she entered Bigg Boss S13, her song “Veham” released which also gained so much popularity. This song was sung by Shehnaz herself. When the Bigg Boss S13 ends, she was seen in the song “Bhula Dunga” with Siddharth Shukla. This was Shehnaz’s first Hindi debut video song.

Apart from these songs, there are so many songs which are also very popular. She had been a part of “Lakh Laahnta”, “Yaari”, “Sidewalk”, “Range” and others.

Shehnaz is not dating anyone currently. She became part of a big controversy when she got involved in an online verbal war with another actress Himanshi Khurana. It all started when Shehnaz called Himanshi’s song “I Like It” the worst song ever in a live video.

During Bigg Boss S13, it was speculated that the Girl likes Siddharth Shukla, but Shehnaz, later on, participated in the colors TV show “Mujhse Shaadi Karoge” with Paras Chhabra. Then all the rumors of liking Siddharth Shukla were not true. Shehnaz Gill- Social Media Presence

The girl is highly active on social media. She has approximately 4.9 Million followers on Instagram. Moreover, she also uses TikTok regularly. She has a great fan following TikTok as well. On TikTok, she has 7.1 million followers.

Often people love to read the details of their favorite celebrities. Shehnaz Gill gained so much popularity after appearing in Bigg Boss S13. Due to her innocent behavior, she was loved by all in the Bigg Boss S13. In this blog, I have discussed the details of Shehnaz Gill. I hope you’ve enjoyed reading it. Simply post your comments by sharing your views regarding this blog.