The Khiladi Kumar is ridding high on success after his latest blockbuster movie Airlift. The movie was a huge box office hit, earning 100 cores in 10 days. This time Akshay Kumar will be seen in a new avatar in his forthcoming film “Rustom.”  The Bollywood star is a versatile actor and has played various different roles. Audience has always loved the actor in his patriotic action roles. Akshay Kumar played an Indian Intelligence Officer  in “Baby” and an Army man in “Holiday” and also a patriotic do-good common man in “Airlift” and “Gabbar.” Now with “Rustom” Akshay is back as a naval officer.

The movie Rustom is based on a real life story that has shades of the late 1950’s. The movie is directed by Tinu Suresh Desai and the scripts are written by Vipul K. Rawal. Akshay Kumar plays the lead role as a naval officer named Rustom Pavri and Ileana D’Cruz in the lead role alongside. The movie is based on the real life sensational incidences of Nanavati murder case in 1959. The movie focuses on the theme of love and dignity for our country India. 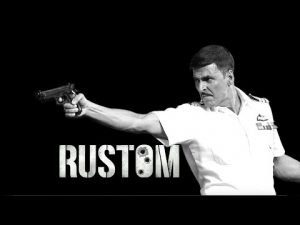 Kawas Maneckshaw Nanavati was second in command of the Indian Navy’s flagship INS Mysore and a devoted family man. He had an English wife named Sylvia and two children. On the afternoon of April 27, 1959, Nanavati’s wife confessed to him that she has fallen in love with a family friend named Prem Ahuja. The officer without betraying any emotion, dropped his wife Sylvia and his children at a theater. The officer carrying a revolver and six bullets with him asked his senior officer permission to leave for Ahmednagar. Nanavati went to Prem Ahuja’s house and shot him with three bullets. He then surrenders himself up to the police and confessed that he has done the murder. The case went on for many years.  Eventually, Nanavati got a reputation as the “honorable killer.” Nanavati was finally pardoned in 1962. Later, Nanavati migrated to Canada with his family. 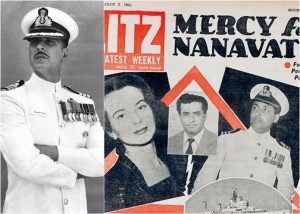 The first look of” Rustom” was revealed on Feb 25, 2016, where Akshay is seen with his intense look. The poster unfolds much of the mystery in the movie. The action hero this time is playing the role of a naval officer. Akshay Kumar in the poster is wearing a naval officer’s uniform with a thin moustache. The foreground of the poster is a zoomed newspaper with a small image of Ileana D’Cruz facing her back towards a man. The poster has a rose sepia tint with three bullet shot on the title, adding drama to the poster. The poster silently speaks of the real life incidence of 1956 saying “3 Shots that Shocked the Nation”. 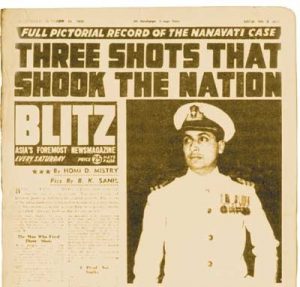 Finally, Rustom the much-awaited project release date has been announced by Akshay Kumar as Aug 12, 2016. Looking to the previous movies of Akshay Kumar, there is a confidence that Rustom will also be an excellent movie to be watched. The movie will surely do good business, as it will be released around the Independence Day weekend.