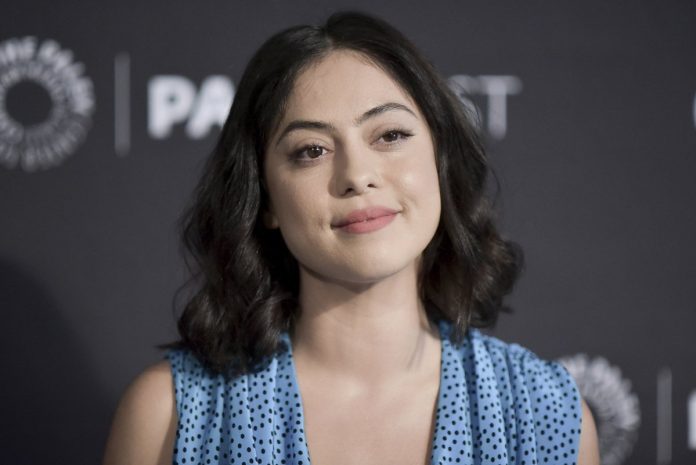 A true teen young adult movie magnet, this one. With illustrious works like the Divergent and Maze Runner series under her belt, Rosa Salazar is a actor you might want to watch out for. Best known for her work on Alita: Battle Angel, Rosa Salazar is an up and coming actor in Hollywood. Let’s dive into the life and happenings of Rosa Salazar.

There is really not much known about the actress. Rosa Salazar was born in July of 1985. She was born in Canada but then moved and grew up in Maryland, USA. She is of Peruvian and French descent, and considers herself as a Latinx actress. That is, due to her parentage she is of Latin origins and proudly calls herself so. Acting came to her naturally, and she was in a lot of theatre groups in school, before she moved to New York.

Salazar began acting early in her life and it carried into her adult life too. At fifteen years of age, she decided to seriously pursue acting and moved to New York for the same. As a young adult, she worked with the group CollegeHumor to produce youtube videos regularly. She also appears in numerous sketches before actually getting into Hollywood. She relocated to Los Angeles in 2009 and landed big roles pretty soon.

Salazar started acting in the horror series American Horror Story. Specifically the series Murder House and Parenthood. It wasn’t exactly her breakthrough job but it did put her in the limelight for more to come. She soon moved on from TV series to movies. Salazar starred as minor characters in movies like the Divergent series and the Maze Runner series. This was all before she got into acting for her pivotal breakout role, Alita from Alita: Battle Angel.

Also Read: Steve McQueen: Shining Light on the Dark Alleyways of the World.

Rosa Salazar’s first breakout role was Alita: Battle Angel. While she had played some pivotal roles in the past, this was the first movie she was the protagonist for. Alita: Battle Angel was a 2019 cyberpunk action film. It isn’t exactly an original; it was based on the manga artist Yukito Kishiro’s series Gunm. The movie originally started off as a James Cameron direction. However, James Cameron moved onto producing the movie and let Robert Rodriguez take over the reins for the movie. He had started working on the Avatar movies and sequels by then.

Rosa is herself but not really. She is captured through performance capture animation, a relatively new form of filmmaking in the industry. Her character looks a lot like her, but has the clear appearance of a 3-D animated being. Salazar in the movie is a cyborg who awakens in a new body with no memory of her past. She then sets out to discover her destiny in the world.

A Lot of Roadblocks.

The production and release of Alita were announced in 2003. However, it took an extremely long time to come to life, what with the production of Avatar and it’s sequels. The helm of a director went from James Cameron to Rodriguez and after years of development, the movie was officially set to shoot from 2016.

This was the same year Salazar was cast as the lead in the movie. The shooting of Alita: Battle Angel was mostly indoors, as most of its scenes simply needed CGI to be created.

The story that Salazar stars in is extremely interesting. It is the year 2563, and it has been 300 years since Earth was damaged from a war called The Fall. Scientist Dr.Dyson Idoh discovers a half-destroyed cyborg in the ruins of the city. The cyborg has an intact brain and Idoh fixes her up and names her Alita.  Alita wakes up to no memory of who she is. However, she ends up making a band of friends and then rides into the main city. The main city introduces the racing sport Motorball to Alita.

From the race, Alita stumbles into a gang of cyborg killers led by the head villain Grewishka. Alita realizes that she needs to relearn all the fighting that she knows to remember her past. However, Idoh discourages her from doing so. She goes against his wishes and becomes a Hunter Warrior. The story then follows her conquering opponents, fighting for love, and becoming a Motorball champion. Her story ends with her vowing to avenge the death of her love interest Hugo.

The movie received mixed reviews, with critics praising Salazar’s acting. The movie made a total of 400 million worldwide and got accolades for it’s acting and visual effects. However, critics picked apart its screenplay. They have also said that the saving grace of the movie was Rosa Salazar herself. With her big eyes onscreen, she shows the audience that Alita has more to it than meets the eye. The movie scored a 2.5/5 on Indiewire and got an approval rating of 61% on Rotten Tomatoes.

Rosa herself is a pretty private person. The Latinx actress is currently single and has had only one recorded relationship in the past. She has gone on record to call her Night Owls co-star Adam Pally her ‘work husband’.  Salazar has a very comfortable sense of style and features close-cropped haircuts. She recently told Instyle magazine that if she could, she would wear American Apparel jeans for the rest of her life. Her first job was as a concession coordinator at a theatre in Maryland. It is quite a leap to see her move from scooping popcorn to leading the movie!

She revealed to Ross Carey once that she originally shifted to acting to dispel her energy. Salazar and her family consider her to be an extremely hyper person. She even said that she was the kind of kid you would put on the table to watch her dance and call her the hyper kid. Salazar then decided to take her hyperactive personality and channel it into something useful and hence ended up acting.

10 Tips to Add Spark to a Lockdown Wedding