Random answers given by fashionista Sonam Kapoor that will make you sad and happy at the same time!

Sonam Kapoor is queen of million hearts! She is a Diva and a role model of style and elegance for all young girls! Here the actress steps little away from her stylish side and shows us her other adorable facet by being honest and funny at the same time.

Q1) Never have I ever dumped a guy because he was not stylish enough? 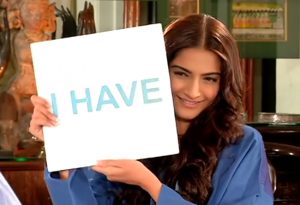 Q2) Never have I ever refused a movie because they were not paying me enough? 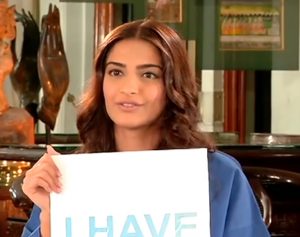 A2) The actress honestly speaks about this question and says that she had refused film offers regarding money because she knows that she is an actress who has a substantial market price and presence and she deserves a certain amount to be paid to her. Offering her less than what she deserves is just like being crazy which she does not like.

Q3) Never have I ever planted a story about my contemporaries? 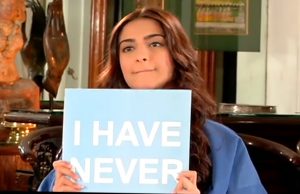 A3) Here with a straight face says that she has never done that because it is completely unethical despite couple of actresses has done that to her. She also says that if she does not like anyone, she would just say it rather than planting stories about someone.

Q4) Never have I ever got into “cat fight” with another actress? 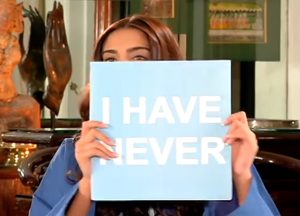 A4) When she listens to this question, she confirmd the actual meaning of cat fight. After learning that cat fights includes screaming and shouting, the actress tells us that this has never happened to her. And she jokingly says that its not classy to do it.

Q5) Never have I ever wished for another actresse’s film to flop? 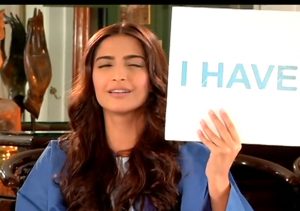 A5) Listening to this question the actress gave a little pause and then says “yes! Off course, come on” and then gets her eyes closed for few seconds.

Q6) Never have I ever had a serious crush on my co-stars? 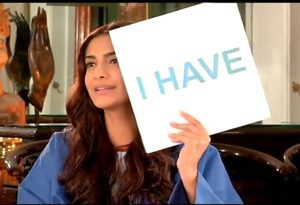 A6) She says undoubtedly she had a serious crush on Salman Khan but he is much older and nothing is happening. But he is beautiful!

Q7) Never have I ever used my dad’s name to get a film? 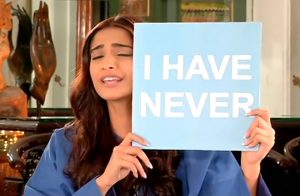 A) The actress frowns and says “Off course not, who is going to give me a film if I say, hey I am Anil Kapur’s daughter give us money, that does not work either.”

Q8) Never have I ever demanded an award in exchange for attending an award ceremony? 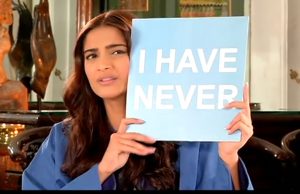 A8) The actress immediately has a big “NO” for this question. But with a bewildered face she asks “Do people do that?”

Q9) Never have I ever watched any of my performances and gone “wow”? 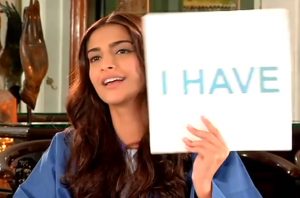 A9) This question braught a smile at Sonam’s face and with a charming look she tells us she loved herself in the movie “Khoobsurat”. She further adds thet people loved her performance in “Ranjhana” but she loves “Khoobsurat” more than Ranjhana.

Q10) Never have I ever read a riview and wanted to punch the critic? 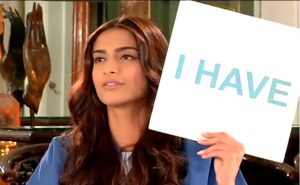