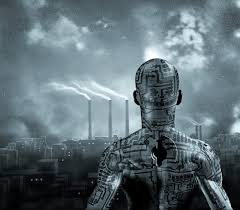 Science fiction (SF) is a genre growing in popularity through both novels and movies. Even though it has a very small target group, it manages to satisfy and impress everyone within that target group. Here are a few subgenres that are pretty commonly addressed in SF.

This is one of the most interesting topics in SF. Any script based on time travel must be well built and must be consistent without loopholes.The grandfather paradox is the classic topic often touched upon in time travel and never manages to disappoint the one reading the story or viewing the film. A topic rich with endless possibilities and consequences, this sure is the most popularly known, intriguing subgenre of science fiction.

The human civilization is coming to an end because of war, pandemic, astronomic impact, ecological disaster, or some other general disaster. This is the cliché setting for an apocalypse. The introduction of zombies seems to be a popular choice for such plots as it combines science fiction with horror. Not a fan of movies or books? Apocalyptic science fiction is quite popular in the field of gaming too. Post-apocalypse deals with how the humans struggle to start a civilization soon after an apocalypse the reason for which remains hidden most of the time.