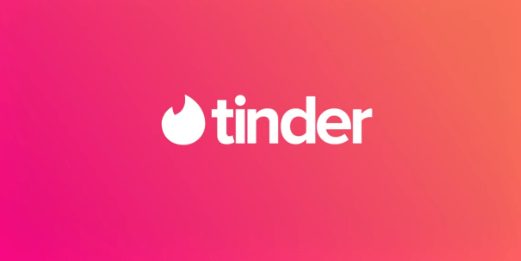 Concepts previously frowned upon are creating a buzzword today. Meeting strangers previously, was a taboo, and today if you haven’t met one, you are considered a conformist, precisely a conservative. Millennials have led the charge on transforming the dating industry, making this strange meeting concept universally accepted.

Today a large number of us admit to being in a relationship with a partner or a spouse we have met online. Trust me when I say this to the one I married, I met online (from previous family relations though).

To name a few, we have tinder, bumble, happn, and Go Gaga topping the list. Matchmaking has been thought of god’s choice, antecedent as a holy existence. The dating industry today has a momentum of its own.

The choices flourishing on these dating platforms have made humans commodities. If not one, twenty others are waiting to feel the same you want. Dating has become a game of probabilities and ratios. People have started to internalize the idea as shopping, then naming it “the one”.

The dating pool concept is old, though the idea of channeling humans as commodities is recent. Dating has the predecessor, named “checking out”. Then comes the jaunty ode to an idea of formalizing a personal touch. Seal your romantic deal, this is what you look for, isn’t it?

Principles of marriage and economic stability are running their marathon without a finish line. One of the leading reasons for divorce since the year 2000, is the online dating industry.

Industrializing The Dating Industry – What Your Adrenaline Is Gifting The Economy

One of the top research firms, IBISWorld has forecasted a 3 billion dollar business only, in 2019. The rising subscribers of this dating app are approximately 50 million, only in the US. When asked about the feasibility and the promising features in pursuit of romance, physical satisfaction was rated the topmost procurement.

Not only in the US but whenever we travel today the generation has found a promising way to connect and formalize relationships.

The current situation although has hit the industry hard, making it difficult for these dating apps to grow. Its business, however, the revenue is expected to grow by the end of 2020. The slow growth now is only building up the tension as soon, and as the shutdown is broken, the expected growth of 25% by the end of 2020 has been estimated.

The Harvard Business School has projected a no recession business model for the dating industry. The usage has tripled among those between the age of 20 and 30 years. Today, adolescence knows no boundaries, any form of adrenaline rush fetching the benefit of the untapped market of culturing the young minds, into the glamour of the dating industry is spellbinding.

This industry is consequential. Some people have reportedly set it just by meeting someone as a stranger. These dating apps have increased the millennial spending power delaying in life milestones and on the other hand resulted in broken relationships, depression, and distressed growing years.

The generation is behind productivity because long working hours do not matter anymore. Today the ubiquitous broadband and unlimited data access have led to its growing acceptance and the legitimacy of online dating.

The current matchmaking scenario of the generation only reflects what “love in the time of algorithm” explained. This industry reaching a 20 billion dollar hit shortly, does not guarantee stability. It will promise new relationships, but the birth of commitment. Apart from Tinder, Bumble, happn, we have Ok Cupid and Stillwater racing for the peak.

These organizations have started distributing shares in the market. Each of these apps has promising features, for example, the easy swiping feature of Tinder makes it less time-consuming. They have their aggregators to keep the customer coming back to the site as often as they can.

With the death of commitment comes the dissonance of romantic ideas of love. Romanticism has taken a vacation. The approach of entrepreneurial nerves who set up the matchmaking sites have no idea what the generation is going through. Famous Wall Street Journal reporter, Slater, had racked some office cyber dating experiences. By the age of 31, all these experiences lead to the demise of a long term relationship he had.

If not a dating site, we have books coaching the plethora of single-minded people in building blockheads. It has become the mode du jour of singles to get hands-on romance, physical interaction (the *s* word), and escaping availability of choices.

Meeting a stranger is as exciting as knowing what love is for the first time, except the “love” part. The search range is clustered into the idea of something ambiguous. No more fixating on a perfect marriage partner. Generation in the US and UK has 18 years tinder players being single mothers.

A warped outlook on love has not set a booming market weaponizing “a date”, and objectifying potential partners. Do not consider generation brainless. Some try their wit, and some let the adrenaline do the talking. The dating accounts can be connected to your Spotify, Instagram, or Facebook account, automatically populating the user’s profile.

This is what you call streaming warm bodies as fast as possible. To remake the landscape of modern relationships, the concept of romance, longevity, and the need to remain constant has taken a deep drown.

When you know you have satisfaction getting close this easy the idea of behavioral economics and biological determinism flow pass. It’s difficult not to pass judgment on the behavior, however losing someone falls between the digital love market place. Courtship was supervised almost everywhere.

Dating takes the process out of home, out of supervision, and non-commercial spaces. For example, dance halls, bars, movie theatres. Modern-day love has spread the idea of romance within the reign of Commerce. Helping the economy gather it’s share, these applications are in the demand and supply model.

The exploding population today is at ease with its stigmatized activity. The concern about online dating is resulting from sacrifices. Dating online is meeting people online, followed by in-person dating. Effective matchmaking requires an in-person to meet just the same way our grandfathers did.

However, there is no efficiency or a systematic possibility of why meeting people to date in the first place. Human to human matches is less predictable. We are not transacting for consumer good matches.

If we stick to the logic, it is clear but upsetting. Not all online dates lead to marriages or a perfect live-in relation. Capitalism, the idea of making this market impartial. It’s not correct but neither is it wrong. The mechanism of constant supply and demand in exchange for value and guarantee solidifies online dating as fair.

Applying metaphors to human relationships only introduces the idea that if it leads to something good, it is fair, but if it does no, it is not unfair. While breaking the logic of the market, there has to be an overriding of new laws. Online space is utterly populated with heterosexual men and women charged with a crime.

A six-figure making man, who is well-spoken, hardworking and respectful, blooms once in a blue moon. Although it does act as a magnet for women (no offense, but the same goes for men, as an exponential spending pocket need no talent) however, it should not be construed as a thread to clarify online dating space as fair.