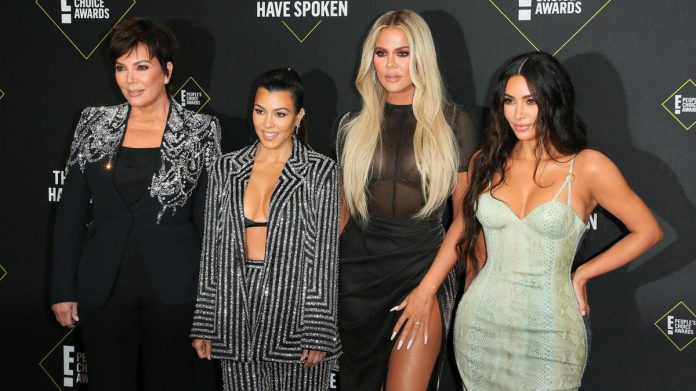 It doesn’t matter if you’re from America or India, or anywhere across the world. Chances are, you know the Kardashian-Jenners. Popularised by mother and business mastermind Kris Jenner, The Kardashians shot to fame with their TV show KUWTK in 2007. A story of the family, the sisters and their subsequent lives, KUWTK has run along for thirteen years now.

The show recently announced that it shall be pulling the plug and go on to newer and bigger ventures. This comes after a string of controversies surrounding the family, which have all been documented on and off the show. The show has its ups and downs. The celebrities have had vibrant TV lives, both scandalous and quite moving, which have now sadly, come to an end. Here is a small revisit to the hit reality TV show.

The Growth Of A Multimillion-Dollar Empire and Family.

The show first began with the sole Kardashian, Kris. Then separated from her former husband Rob Kardashian, Kris started her hit reality show Keeping Up With The Kardashians. The TV show documented all the drama that followed the family. First consisting of Kim, Khloe, Kourtney, Kris, Kendall, Kylie and Bruce, the Kardashian-Jenner family has grown over the years.

Filled with a lot of drama, scandal, the occasional conflict between the sisters, KUWTK is the perfect reality show. The show was always quite easy to immerse into. And with the family just growing in its ambitions, and the constant drama that surrounded them embroiled us too.

Kourtney Kardashian, The True Star Of The Show.

Regular viewers of the show would credit Scott Disick for his interminable sense of humour. However, we disagree. There is really no other star of the show greater other than Kourtney Kardashian. Everyone from KUWTK was too caught up living the high life, riding the money trails of their scandals. And in between all of this was Kourtney Kardashian reminding everyone how trashy they actually came off.

An iconic episode of KUWTK is the one in which the family spends their vacation on the beautiful island of Bora Bora. Kim Kardashian is the most opulent of the group, getting into the water wearing earrings worth 75 grand. And predictably enough, she loses it. She cries out, almost on the verge of a breakdown for losing her earrings. Between the commotion, Kourtney comes out of her room with her young son on her hip, observes it all and simply comments, “Kim, there are people dying.”

What makes her the star of the show is that she grounds the show. She reminds both the viewers and her family that at the end of the day, they are all ridiculous. Her behaviour is what actually makes the show realistic. Without her, KUWTK would have simply been a family showing off their trashy opulence.

What Do We Love About KUWTK?

At the end of the day, KUWTK didn’t aspire to be a far reaching show with deep consequences. It limited itself to its original motives, of being a drama reality tv show. And despite it remaining within its original bounds, the show developed in its own way. It gave you the element of drama that each person yearns to acquire.  It felt like we were the nosey audience peeking into the life of our rich neighbours.

And one thing that KUWTK reminds us is that we are perfectly normal. Being rich doesn’t change you into a better person. It doesn’t make you more intelligent or more hardworking. It maybe due to the circumstances you were born into, or it could simply be luck. KUWTK is a ridiculous show that must only be taken at face value and forgotten about. And after 18 seasons of the show, it feels like the family is too.

Also Read: Masaba Masaba: The Real and Reel Collide In This One.

Why Is The Show Ending?

The show made news when Kim Kardashian, came out in an Instagram post, announcing the termination of the show. In a lengthy post, she said that the final season of KUWTK will begin airing in January of 2021. She didn’t cite any reasons for the termination, but did mention that one reason was simply that ‘it was time’. The SKIMS CEO did not say more, but momager Kris had a lot to say.

Kris Jenner came out saying that the show was set to end as it was a long time coming. She mentioned that both Kim Kardashian and Kylie Jenner reportedly wanted to quit. She believed that the show wouldn’t be the same without the stars. Pulling the plug was the best choice. In an interview with The Sun, she was said, “The family have been locked in an ongoing debate over the future of the show for months now.”

“Kim has all the drama with Kanye West going on. He’s refusing to put anything personal on the show. It is also increasingly difficult for Kim to find time to film the show. Kylie is making billions of dollars through her make-up line and product endorsements. She doesn’t need the show, and like Kendall, has always struggled with fame and being in the spotlight. Filming the show meant having to be in LA with her family. Now is free to fly off on holiday, or follow Travis Scott on his next tour.”

Also Read: Top 25 Indian Web Series That You Shouldn’t Miss Out On!!

Everyone’s Not Happy At KUWTK.

The source within the sets of KUWTK had something to say with regards to the ending too. While Kim and Kylie were happy with quitting and moving on with their own lives, there were others who weren’t. Khloe Kardashian and Scott Disick were reportedly upset with the show ending.
“The only people who are upset are Khloé and Scott Disick. Khloé’s tried to launch several spin off shows—but none of them have been as successful as KUWTK. And who knows how Scott will make money now the show is being cancelled. He loves flying in private jets and being treated like an A-list star. I can’t see him flying commercial or paying his own way.” the source said.

We hope them good luck in their new adventures, but we are sure they won’t need it!!