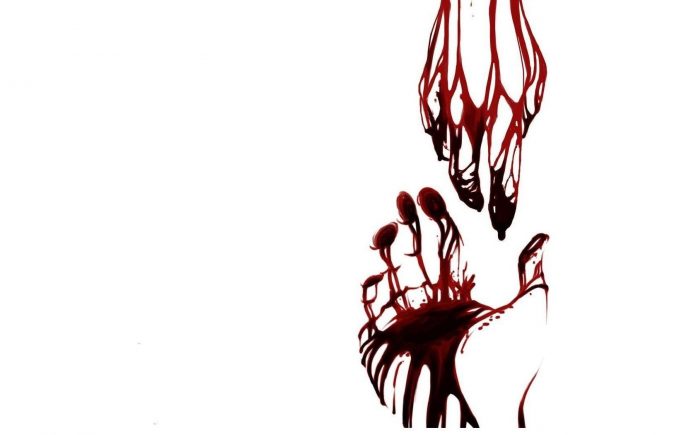 One was passing and another terror haunted me. Ammi wants me to join the army. She doesn’t know I am haemophobic and ballistophobic. How will I tell her that and make her understand? Neither was I ready to overcome my fear to join the army, nor was I okay with convincing Ammi. “What do I do now ?” I thought.

I had never been able to say “No” to Ammi because she was more than close to me. A very bold, yet composed woman. She’d taught me a lot and made me who I am this moment. She’s the epitome of patience and probably the perfect person I know till date. She got over the age-old customs of our more-than-conservative family, of course with Abu’s  support, learned to read and write to be a renowned writer-activist. More often than not I blindly believed that whatever Ammi did or told was right. She was my support system. Given all of that, I wondered how I was going to convince her.

With a rock heart, I reached home. Thankfully enough Ammi didn’t ask anything about me joining the army. Obviously whatever happened wasn’t so smooth on her.Everyone else left in about an hour or so and Shea Khala, our maid who was more than one to us, was cleaning everything. A few days had passed and life was back to normal. She was back to her writing. At that time she was authoring a short story about being an army man’s wife. One thing that I admire in Ammi was that she was a practical woman. She did not get laid back, refuse to eat anything, stop doing her routine, etc like many others do. In fact, she tried to do everything all the more perfectly because Abu admired that the most in her. Infrequently I saw her crying. She never lost it otherwise.

I was as busy with applying in various Universities for my PhD and for jobs simultaneously. And lamentably enough Ammi walked up to me to talk about what I wished she never did- about me joining the army. She started off in such a pleasing tone ”Beta! Did you think about what I told you the other day?” “About what, Ammi?” I pretended to be confused. “About you joining the Indian Army, re bete!” She reminded. Damn. Why? Just why? 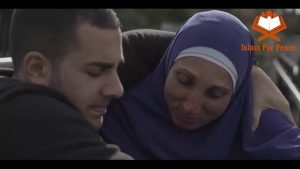 It was pretty easy for me to get into the army because Abu passed away when in service. According to the then-existent trends, legally, I was entitled for a job after passing the Combined Defence Service Examination, the physical Examination and the final interview with bare minimums. Unfortunately enough, I had the craze for a muscular body like any other guy of this decade and hence had one. My fitness was on point. This made things worse as it serves to be a strong reason for Ammi to convince me. I didn’t know what to do. If I didn’t speak up now, my only fear in life will become my life altogether, I will have to see blood everyday. I will have to learn and handle a lot of weapons. Life will be so hard. I would have to be so artificial and unfaithful to my country because neither am I fit for the job nor do I whole-heartedly want to do it.

I trusted my gut and finally told her “ Ammi, I know you strongly want me to join the indian army. You’ve been telling me that for quite some time. But, one thing that you do not know is that I am haemophobic and ballistophobic. The bomb blast that left more than three quarters of my friends dead and my school with just sand and bricks is the reason behind it. I know this is hard for you to believe all of a sudden, but, if you remember, I wasn’t out of the terror for months. I used to sit on your lap, hug you and cry.” Ammi’s mouth was ajar and she gave me a jolted look.

“Okay. Just answer me this. Have ever seen me around in the house while you were cooking?” I asked.

“No.” She was visibly puzzled.

“Exactly. And that, is because I was not comfortable to even be around while your pressure cooker made that jarring noise or the one produced when tiny droplets of water fell into hot oil while you cooked. Also, I never burst crackers. You know that, right ?”

“Okay. Leave all of that. Do you remember the time when you once accidentally tripped, got your forehead hurt and bled ?”

“ Yes. But what does that have to do with this?

“It sure does Ammi. Just tell me how I reacted.”

“You panicked unnecessarily and rushed to get a doctor from a nearby hospital. I even saw you weeping secretively”

“ Yes. Why would a nineteen year old man get a doctor to treat a rather small cut on the forehead and most importantly, weep secretively? It was because I am scared. I cannot tolerate blood. It just terrorizes me. ” I told, melancholically.

“What? I never thought about it from this angle.” Said Ammi. A long, painful pause followed with my eyes almost wet and the obvious unavoidable staring. I finally geared up my grit and told her that I cannot join the army. But her reply was something I never expected.

“I still want you the join the army” She said. Looking at the sudden frown on my face, she signalled me to pause and listen. “ Okay. You are haemophobic. Fine. You just join the army as a soldier and let a few years pass. Any how they are not going to send you to the war front right away. You will not be simply asked to poach animals or kill people for no reason.  You will just be undergoing some basic training. Try getting over your phobias. Try falling in love with your job. Even if you aren’t able to, it’s completely fine.  At the midst of the third or the beginning of the fourth year, I will apply for your VRS to the Short Service Commission through the Chief Minister. As a single parent of my only son, I have the discretion to request the centre and the army to relieve you. After a few formalities and verifications, you can come back home and begin to do whatever you want. Please do this for me. Please.”

. Yet, the reason behind this was bothering me.

“But why, Ammi? Why should I join the army when i truly don’t want to? Why do you even want me to do this?” I was a bit unhappy. 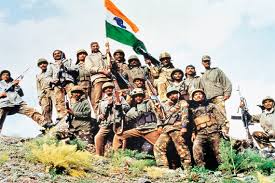 Ammi replied,“ It was during The Kargil War of 1999 between India and Pakistan. The situation there was worsening. The death toll was nearing 350. Great people like Capt. Saurabh Kalia and Commando Naik Digendra Kumar were dead. Just a few years into marriage and a kid to raise, I couldn’t even think about losing my husband. I wasn’t prepared for it mentally, emotionally and financially. I wanted to live a long life with him. In that crucial moment I prayed to the almighty to guard Abu and save his life. In addition, I also promised Him that I’ll send you to serve the nation by joining the army.” She got a bit emotional. I could see the fear in her eyes. “And accept it or not, although Abu did not tell me outright, he wanted his son to join the army as well. He obviously did not want to force anything on you ever.” Her eyes were now wet.

She told “I know…. I know it is not fair on my part to push this to you. I know you have your own life to live, given your likes and dislikes… I know… I am able to understand this from your point. I am not forcing you to do this. If you can do this for me, great ! If you cannot, that is fine as well. Allah isn’t anyways going to punish or hurt us for we all are his own self, his own children after all. It is your call” and left.

The worst fear of my life on one side and the most important person of my life on the other. I cannot nullify either. But, choosing one over the other would mean only that. My mind wasn’t at peace. I thought of all ways to decide upon this from going to the Masjid and asking Allah himself to making a stray dog to pick a chit for me. Everything gave me just one answer—“Go for it!” 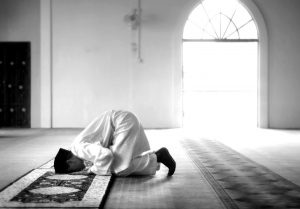 I walked up to Ammi and told her that I was ready to give it a try. I had no clue what I was doing but I just did it because it felt right. I always believed that there’s God in one’s highest though, clearest word and grandest feeling. I thought i had to acknowledge that part of God in me by follwing my highest thought. Every human thought or actions is always based on either love or fear. Nothing else. This time I wanted to choose love.  I wanted to take this up as a challenge to overcome my childhood fear which reccured infrequently.

I do not know what is in store for me in joining the indian army. But i wanted to try. At least for Ammi’s sake. 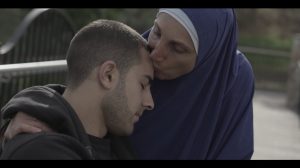