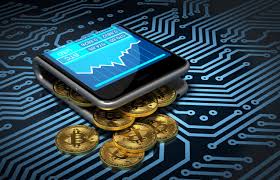 This introduction explains the most important thing about cryptocurrencies. After you‘ve read it, you‘ll know more about it than most other humans.

Today cryptocurrencies have become a global phenomenon known to most people. While still somehow geeky and not understood by most people, banks, governments and many companies are aware of its importance.

In 2016, you‘ll have a hard time finding a major bank, a big accounting firm, a prominent software company or a government that did not research cryptocurrencies, publish a paper about it or start a so-called block-chain-project.

Few people know, but cryptocurrencies emerged as a side product of another invention. Satoshi Nakamoto, the unknown inventor of bitcoin, the first and still most important cryptocurrency, never intended to invent a currency.

In his announcement of Bitcoin in late 2008, Satoshi said he developed “A Peer-to-Peer Electronic Cash System.“

His goal was to invent something; many people failed to create before digital cash.

Let‘s have a look at the mechanism ruling the databases of cryptocurrencies. A cryptocurrency like Bitcoin consists of a network of peers. Every peer has a record of the complete history of all transactions and thus of the balance of every account.

The transaction is known almost immediately by the whole network. But only after a specific amount of time it gets confirmed.

Only miners can confirm transactions. This is their job in a cryptocurrency-network. They take transactions, stamp them as legit and spread them in the network. After a transaction is confirmed by a miner, every node has to add it to its database. It has become part of the block chain. 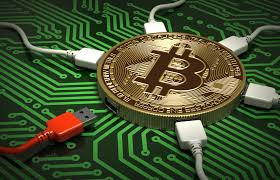 1.) Irreversible: After confirmation, a transaction can‘t be reversed. By nobody. And nobody means nobody. Not you, not your bank, not the president of the United States, not Satoshi, not your miner. Nobody. If you send money, you send it. Period. No one can help you, if you sent your funds to a scammer or if a hacker stole them from your computer. There is no safety net.

3.) Fast and global: Transaction are propagated nearly instantly in the network and are confirmed in a couple of minutes. Since they happen in a global network of computers they are completely indifferent of your physical location. It doesn‘t matter if I send Bitcoin to my neighbor or to someone on the other side of the world.

4.) Secure: Cryptocurrency funds are locked in a public key cryptography system. Only the owner of the private key can send cryptocurrency. Strong cryptography and the magic of big numbers makes it impossible to break this scheme. A Bitcoin address is more secure than Fort Knox.

5.) Permission less: You don‘t have to ask anybody to use cryptocurrency. It‘s just a software that everybody can download for free. After you installed it, you can receive and send Bitcoins or other cryptocurrencies. No one can prevent you. There is no gatekeeper.

2.) No debt but bearer: The Fiat-money on your bank account is created by debt, and the numbers, you see on your ledger represent nothing but debts. It‘s a system of IOU. Cryptocurrencies don‘t represent debts. They just represent themselves. They are money as hard as coins of gold.

To understand the revolutionary impact of cryptocurrencies you need to consider both properties. Bitcoin as a permissionless, irreversible and pseudonymous means of payment is an attack on the control of banks and governments over the monetary transactions of their citizens. You can‘t hinder someone to use Bitcoin, you can‘t prohibit someone to accept a payment, you can‘t undo a transaction.

As money with a limited, controlled supply that is not changeable by a government, a bank or any other central institution, cryptocurrencies attack the scope of the monetary policy. They take away the control central banks take on inflation or deflation by manipulating the monetary supply.

Cryptocurrencies: Dawn of a new economy

Mostly due to its revolutionary properties cryptocurrencies have become a success their inventor, Satoshi Nakamoto, didn‘t dare to dream of it. While every other attempt to create a digital cash system didn‘t attract a critical mass of users, Bitcoin had something that provoked enthusiasm and fascination. Sometimes it feels more like religion than technology.

What is the future of Cryptocurrency?

The market of cryptocurrencies is fast and wild. Nearly every day new cryptocurrencies emerge, old die, early adopters get wealthy and investors lose money. Every cryptocurrency comes with a promise, mostly a big story to turn the world around. Few survive the first months, and most are pumped and dumped by speculators and live on as zombie coins until the last bag holder loses hope ever to see a return on his investment.