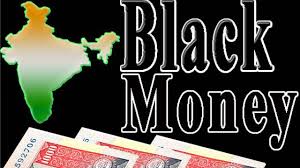 When PM Modi announced that Rs with the denomination of 500/- and 1000/- would cease to be the legal tender from 9th of Nov, the whole country was stunned. This decision caused sensation in the whole country. Social Media was flooded with messages and information. People started counting the trash they had accumulated for years legally or illegally.

What it actually is?

Rumors became rife. Some tried to invest their dying currency in gold. Some contacted their near and dear ones in this miserable hour. People could get only Rs 4000/- of old denomination exchanged with the new one. Big queues before the banks and ATMs became the order of the day.

Instead of getting shorter, these queues were getting longer with every passing day. The last date for the whole process was 30th of December. The persons could deposit the old cash worth Rs 2.5 lac till the said date. 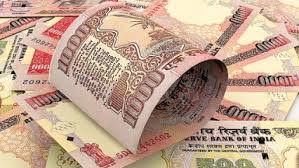 The main objective of this move was to curb the black money, corruption and fake money menace. All the people but those who were indulged in malpractices welcomed the move. The whole opposition shook hand against this move under one pretense or the other. They called this decision a draconian law and wanted the govt to roll back it. Tirades were made to target the decision. Govt also carried out counter attacks.

The new currency which replaced the old one is of denomination of 500/- and 2000/-. Though the people faced a lot of inconvenience owing to shortage of funds, they did not criticize the govt for the move.

He further said he was aware the hardships they were suffering from but he sought only 50 days for setting the things right.

The most interesting thing regarding the demonetization was that people had devised various unique methods for transforming their black money in to white one. Some of these methods were as follows – 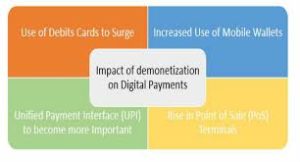 The demonetization policy will help India to become corruption-free. Those indulging in taking bribe will refrain from corrupt practices as it will be hard for them to keep their unaccounted cash.

This move will help the government to track the black money. Those individuals who have unaccounted cash are now required to show income and submit PAN for any valid financial transactions. The government can get income tax return for the income on which tax has not been paid.

The demonetization policy will force people to pay income tax returns. Most of the people who have been hiding their income are now forced to come forward to declare their income and pay tax on the same.

The ultimate objective is to make India a cashless society. All the monetary transaction has to be through the banking methods and individuals have to be accountable for each penny they possess. It is a giant step towards the dream of making a digital India. If these are the merits, there are demerits of this policy as well.

The announcement of the demonetization of the currency has caused huge inconvenience to the people. They are running to the banks to exchange, deposit or withdraw notes. The sudden announcement has made the situation become chaotic. Tempers are running high among the masses as there is a delay in the circulation of new currency.

It has deeply affected business. Due to the cash crunch, the entire economy has been made to come to a standstill.

The government is finding it hard to implement this policy. It has to bear the cost of printing of the new currency notes. It is also finding it difficult to put new currency into circulation. The 2000 rupees note is a burden on the people as no one likes to do transaction with such high value currency. Some critics think it will only help people to use black money more easily in future.

Further, many people have clandestinely discarded the demonetized currency notes and this is a loss to the country’s economy.

Economists are busy in listing out many more merits and demerits of this policy. The government is saying that there are only advantages of demonetization policy and this will be seen in the long term.

However, if we compare the merits verses demerits, it will be safe to conclude that the former outweighs the latter.

Even though there is suffering and agony among the masses right at the moment but the forecast is that its benefits will be seen in the long run.

The government is taking all the necessary steps and actions to meet the currency demand and soon the trial and tribulations of the people will be over with the smooth flow of the new currency.