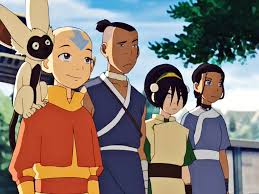 I remember being a kid. We had not a care in the world. Our lives dictated by the boundless energy we had, and our minds learning from the books we read. I think you may not have noticed until quite later, but all the books we read, the ones for us young adults, were of a certain type. They were all of a dystopian world, where one sole hero emerges and changes the course of injustice.

Avatar Has a Running That Was Planned From The Start.

A long-standing problem with many hit TV shows is how they lose their way mid-series. Case in point being the Game of Thrones franchise. A magnificent TV show, a disastrous final season has destroyed the entire lore surrounding it. However, Avatar’s fun-loving beginning and pre-planned and excellent execution have cemented its standing in the fandom’s minds. Avatar starts as a story of a trio of kids crusading to learn the arts of bending to conquer the Firelord. And as the season progresses, the story changes to encompass so much more. Avatar conquers authoritarian rule, cultural representation, feminism, and its portrayal in media with a nuance that few shows pull of in the post-2010 era.

Also Read: Half Of It – A Breath Of Fresh Air In A Sea Of Cringy Rom-Coms.

Avatar shows you a non-white world.

America is well known for the investment they have in producing absolutely cutthroat media. Most of the content that we consume through streaming sites are American, and hence, whitewashed.

It is not a secret that till late 2016’s media was majorly white, and proper representation is only now being given attention. In the 2000s, in an era that had majorly white TV shows, Avatar The Last Airbender shows you a world of diverse cultures intermingling and co-existing. And then everything changed when the fire nation attacked. Wink, wink.

ATLA shows you a totalitarian regime, in a way that 8-year-olds can comprehend it.

Kudos to Netflix for choosing the best time to release a show like Avatar. With a massive civil rights movement going on, the world in a state of turmoil, Avatar is a show that shows you there’s a way out. Yes we do not have any benders in our midst, and definitely do not have an Avatar under our sleeve. And yet, we have everything the Avatar truly found essential to winning. We have peace, love and the guidance of our forefathers. As Avatar Kyoshi said once, “Only Justice Shall Bring Peace.” It is our sacred duty as citizens to bring justice to everyone of us who have been discriminated. And you don’t need to destroy, pillage or murder to achieve it. Well, if one or two cabbage stands get destroyed by your hands, no one shall blame you. You may be the Avatar after all.

Also Read: Paatal Lok – The Answers Are Not What You Think They Are.

ATLA has the right amount of strong women we need.

The thing about feminism is not that it demands a stand. It is that feminism exists in the world, and yet we fail to show it correctly on media. How is it that a ‘kids show from 2005’ got it right before anybody even began to fathom what it meant? Avatar has an equal proportion of badass women and men. If I’m being honest, there are more strong feminine characters than there are male.

We have Katara, the reason why Aang comes out of the ice in the first place. Motherly and yet of iron-strong will, Katara does anything possible to become the best waterbender in the four kingdoms. She even bloodbends, an art considered difficult and morally wrong. She however, understands the moral ambiguity in bloodbending and refrains from it except for one time. We have other characters like Toph, a blind earthbender, Avatar Kyoshi, the Avatar who was the second to previous form of Aang.

Avatar also has its fair share of feminine men. Other than the ones that are very clearly little villainous, male characters in the show are soft and gentle. The character arc of the Firelord’s son Zuko shows his transition from a harsh, burdened exile to a kind-hearted and brave teenager.

Also Read: Tiger King – Why Is The Documentary Creating A Stir?

Avatar shows disability as it truly is: a hindrance in some cases and a superpower in others.

We meet Toph in the second season. A blind earthbender, she is the best earthbender in the four kingdoms. A small thing, it is almost impossible to imagine that this blind girl would defeat powerful MMA sized fighters. But she does. In her quest to help the Avatar learn earthbending, she even masters a new form of bending – metalbending. And yet when on sand, or water, Toph needs to hold onto Sokka or Aang’s hand for guidance. Avatar shows you that disabilities are just like any other qualities in human beings. They have their pitfalls, but the superpowers they give help you brave through the toughest times. And that you could be blind but that only means you could be the strongest earthbender in the world.

Avatar shows you the best of everything a TV show could ask you for. It shows you the character development of a sexist misogynistic teenager into a boy who admires and respects all women. It shows you the strongest boy-avatar on Earth, who’s a soft boy, is vegetarian and a pacifist. You see a troubled teenager evolving from being bad to becoming someone good. You even see the bad parts. You see what happens when a world lives through fear, not love, and what it does to the rulers. You see the effect of propaganda, of an authoritarian government, of mass genocide. Avatar is a show that encompasses every facet of we must know as citizens of the nations we live in. Regardless of whether you are 10 or 30, Avatar is a show for you.