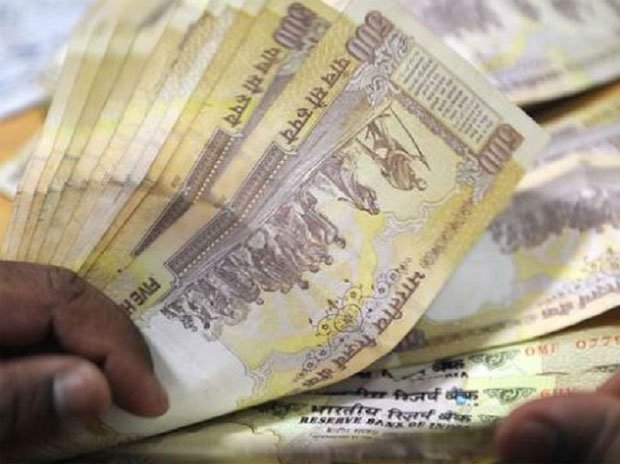 Yes! I am going through a phase in my life where I am depressed more than ever. I… never really saw this coming! A few days back my owner was smiling when he looked at me. What more can I ask for. My value is pretty big, yet I have always been jealous of the many other big ones around. I am humble; never did I take pride in my existence. People share a variety of bonds with me. Some love me so they keep me hidden in a dark place, inaccessible to the world. Others adore me so they always carry me with them. Personally, I love people who let me be free more often than not. Nobody should be held longer than one deserves to be.

I am not a slave; I am a free currency.

However, we the community of notes got used to this system of being stagnant all the year long. Not able to meet my friends or gossip about the different owners from various parts of the country sometimes makes me miss the outside world. Despite the fact that many people keep us hidden away, there are some who care for us in a natural way. Not everyone is as obsessed as some people are. They know and understand my value, my importance. I am respected for they need me. People use my abilities to fulfill their desires. Soon I am off to someone else. Over the last ten years, since my first arrival I have never seen such a drastic change in my career as a legal currency.

On the 8th of November this year, when I was hanging out with my friends, suddenly my owner started acting absurdly weird. None of us knew what was happening. In the house where I lived, with me lived over a bunch more friends of mine whom I had never seen before until today. There they were, all sitting on a table, all piled up one above the other. I was at the rear end of the table, watching my owner. His face was terrified as if someone just robbed him.

From that moment on-wards, things were set into motion. Over the next couple of hours, I had a great time talking with all my new friends who just got bail from the owner’s prison. It was a get-together after merely a year or so for me. Never have I ever been so utterly happy about something that I could not understand. The next day, when the news spread and everyone panicked, our support community got information through our intelligence sources which claimed that the higher authorities of the country made a bold move against illegal currency owners. We were informed that we are no longer a legal tender and our value is no more than a piece of paper. Knowing this, I couldn’t sleep all night!

We were informed that we are no longer a legal tender and our value is no more than a piece of paper.

Over the next few days, chaos built up. Both the people who owned us, and my friends who feared death were in nuisance. Some people believed this move to be better than any other move taken to curb the black money, as they like to call us. While others were furious over the decision. At first I thought, people really love us for the bond between us was inseparable. However, as the days past by we heard increasingly disturbing information of some people from across the country dumping our siblings and friends into rivers and gutters. People burned us alive, threw us away and abandoned us completely. It was then that the Senior Currency Committee that we set up a decade ago declined the possibility of any affection from the side of people.

It was also then that we figured some very ground breaking discovery. Many of our friends and siblings were seen returning from the border zones. I met one such friend of mine in Delhi exactly ten days after the announcement. We had a good talk about the current situation. She explained how the cross border people refused to accept her and how she was put into a dark box and transferred all the way to Delhi. When more and more such friends of mine, began to show up, it made me believe a little that this move is certainly doing some good for the country.

“the sheer scale of our families spread across the country Proves that people in this country are Ambitious.”

What would happen to us, never really bothered them. Every person was increasing worried about his own problems. The sheer scale of our families spread across the country proves that people in this country are ambitious. Our executive department called for a meeting where the chief executive head of the department i.e. the one thousand Rupee note was about to handover his resignation. He was sad as he spoke these words,

“I am deeply moved by the decision taken by our higher authorities. All these years it was great to be your leader and frankly I hope I gave justice to the honour. I wish I could play my part for another decade or so but now it’s the time for the next generation to stand up to the honour. I hereby resign from my position and appoint the newly added two thousand rupee note as the new chief executive head of the department. Thank you all.” Each of us were in tears as we heard him for the last time. Meanwhile the new member in our family just arrived from the banks. Here it was, the new five hundred Rupee note. My present seemed like history; I was no longer needed. Soon, we got acquainted with each other and silently waited for the chaos to end.

“No matter how hard the country gets hit by chaos, peace will regain its honour. And then for a brief moment, we all will rejoice again.”

Not everything that changed that night made it to the pros list of happenings, however not every con that took place was its outcome. When things change, the order that was once considered static, unbreakable, strong and firm suddenly falls into pieces. Once the order gets shattered, the foundation shakes. With the vibration that gets aroused, a new equilibrium will soon be established. The days of our lives which are spent in dismay and sorrow will soon pass. No matter how hard the country gets hit by chaos, peace will regain its honour. And then for a brief moment, we all will rejoice again. 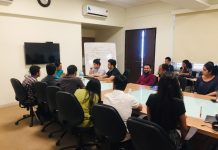