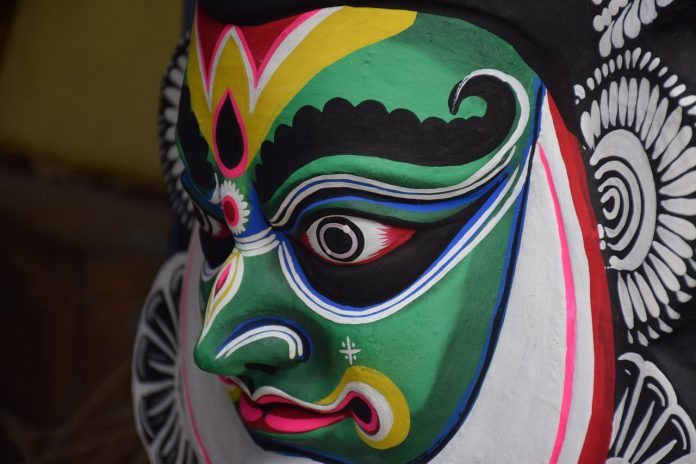 The map of West Bengal signifies the authenticity of its culture. Before getting into the topic of art and craft, let’s tell you why West Bengal is called west Bengal when it is located on the eastern side of the country, India. So here is the thing, in 1905, Bengal gave birth to 2 new bordered lands, west Bengal (Hindu majority) and east Bengal (Muslim majority). Dividing the state helped the British administration in dividing the nationalistic movement of Bengal towards them under the shadow of religion.

West Bengal is like a woman, she never seeks attention, and that drags millions of eyes towards her spellbound charm. A smasher from top to bottom erupts from the snowcapped mountain of Darjeeling to the Sundarbans delta region. It covers all the scenic visions. Like the green fields of Malda, Hazarduari palace at Murshidabad, Shantiniketan, the town of dignity and literature, victoria memorial, and Howrah bridge of Kolkata all add up to make your heart fall for this region.

What do you think what makes a city beautiful? Its surroundings, lands, or ancient historical monuments what? For me, the culture is that raw material on which all this stands. If a place does not have its fiery smoke of tradition and heritage, you will not be able to relate to any pattern or aesthetic of that place. Art, culture, and craft is the matriarchy of everything that you see.

Art is delicate and sensitive, alike iridescent of butterfly’s wings. Smooth, light, and magnificent. So is the art of Bengal that comprises of folk dance, painting, music, literature, film, theatre, attire, food, and this list never ends and keeps ongoing.

Bengal has its known dance form, style and manner like

Gambhira, which is performed in the beats of the drum along with the melody and tunes, this dance begins during the Chaitra Sankranti in Malda in the “Lok Utsav.” Two main dancers cast the role of ‘nana’ and ‘nati,’ i.e., maternal grandfather and grandson. Dancers while performing wear anklets with bells i.e. ghunghroo, their theme of dancing were mainly on the social, political problems.

Chhau dance is a kind of tribal dance that is of three sub-types Purulia Chhau, Seraikella Chhau, and Mayurbanj Chhau. The variation in them is due to regions of their origin. This kind of dance is usually practiced during the spring season. But the Purulia chhau dance is carried out during sun festival in Purulia district of Bengal. The dance takes themes of Ramayana and Mahabharata. It’s a semi-classical folk dance that comes with the acts of martial arts; the dance goes on with the flow of music and instrumental sounds of dhol, dhumsa, and kharka. The most important aspect of this dance is the Chhau mask.

Dhunuchi is a very reverent kind of pious dance that is executed by Bengali women, where they hold a mud pot full of burning coconut husk. By this, they show their gratitude to God. Lassies drape beautiful white saree with a red border in a Bengali style and then dance in beats of the drum with dhunuchi. This dance is mainly seen during the Durga festival.

Vrita or Brita is a style that women’s used to perform after the fulfillment of their wishes on the temple campus. They swirl around in joy and pleasure for the blessing of God that treated their disease like smallpox or infertility.

Folk songs are the regional songs that are always rich in culture and intimacy. These are ancestral song which is losing its clarity in the modern period; it varies from community to community. Any lingual language, when mixes with the tune of musical instrument, drag the soul out of our body. So does the Bengali songs music; it’s is of few types like:

Baul is traditional lyrical song of Bengal, group of singers sing together and spread their message in public, this was the easier and simpler style of music and so it attracted many people, the enchanting music soon came into the ears of Nobel receiver Rabindranath Tagore, he soon understood the doctrines of Baul and made it more notable through his musical compositions. In musical instruments, they used khartal, Ektara, etc.

Gharana is originated from Bishnupur in West Bengal; it found its roots in the 17th century during the reign of Aurangazeb; Dhrupad singer Bhadur khan the descendant of great musician Tansen. Khyal style of dhrupad is very famous in Bengal as it is considered as a very sweet and subtle one.

Bhatiyali songs are the emotional type of songs that used to be sung by boatmen while they were out on voyage while missing their beloved and most dear ones. Sadness in these is very deep and intense, with a lot of delicate and little moments added in the lyrics that used match their situation. The themes of their songs were: about the body, about nature and their guru or the masters.

Pattachitra is the traditional form of folk painting, which helps in transferring the traditional style of painting to the next generation. Pattachitra is done on patta, which means cloth. The painters were called as patua as they colorful paint the canvas with contrasting colors, West Bengal has a lot of variation in the styles and patterns as every region and community has its separate way of depicting art. Pattachitra were made in 2 formats, one is vertically curled and the other one horizontally curved or coiled. Kalighat patta is done in chouko pata( rectangular or square canvas) is a fine example of the reinvented urban form of folk art.

Chalchitra is a form pattachitra, the word chal means covering. Chalchitra is a semi-circular patta that is placed in the top back of the Durga idol. The Chalchitra behind the Rajrajeshwari Durga idol Krishnanagar is unique and most notable. Pattachitra of Bengal is famous for the natural color used in it like green, white, blue, red, yellow.

Kantha is very famous in eastern states of India; it is using the unused old cloth in a clever way where old saris are piled up and then stitched together to make a slim cushion.

Clay dolls are famous in Bengal as putul; these dolls were very much famous in the 80s, but the urban period it is replaced by plastic dolls, but still, these are in trend and are used as a decorative item. The dolls have a different character and their dresses are also according to that.

Dokra metal engraving is a form of art in which metals are mental and given shapes and patterns of various daily life structures; it can be the body of Gods or Bankura horses and elephants. Krishnanagar is quite famous in this as the hands of these artisans molds beautiful pieces.

Other than this, the Conch-shell is a very versatile and distinctive one, as it takes craftsmen 2-3 months to engrave pictures, words in a shell. So much hard work attracts a high price rate, so everyone cannot buy this. The shell is considered as very mythological and religious. Bengali women wear conch shell bangles as a symbol of being married.