Every tourist is filled with admiration on visiting places with archaic architecture. An arch has always been an attraction for sightseers. Apart from the aesthetics that if offers, an arch is an integral part of the structural system as well. The invention of arch has been credited to the Romans who learned the technique from the Estruscans and then mastered the art of building arches. The presence of arch dates back to the 2ndMillenium BC in Mesopotamiam brick architecture. An arch is a curved structure that spans a space and may or may not support weight above it.

An arch is an absolute compression form. It can span a huge area by resolving forces into compressive stresses and, in turn eradicating tensile stresses.  As the forces in the arch are carried to the ground, the arch will push outward at the base, which is known as the thrust. As the upsurge, or height of the arch decreases, the outward thrust intensifies. There are three basic categories of an arch: Circular, pointed and parabolic.

Here is a list of the most famous arches in the architecture world.

This is one of the most famous arch in the world. It is a memorial to honour the courageous who fought and died for the French country in the French Revolutionary and the Napoleonic Wars. It has the names of all French victories and generals inscribed on its inner and outer surfaces.  It stands in the western end of the Champs-Élysées. It was constructed in 1806-1836 and is 50 meters (164 ft.) high.

The Arc de Triomfis in the capital of Catalonia which was built as the main access gate for the 1888 Barcelona World Fair. The arch was built in reddish brickwork, following the Neo-Mudéjar style.

The Victory Gate or Gate of Triumph which is situated in Vientiane, Laos is a war monument that was built between 1957 and 1968. It is Laotian in design, decorated with mythological creatures such as the kinnari (half-female, half-bird). The monument has been built tohonor those who fought for the independence of Laos from France.

The India Gate is the national monument of India. It is the spot of the Indian Army’s Tomb of the Unknown Soldier. The monument is devoted to the valiant Indian soldiers who died in World War I and the Afghan Wars. The construction of the gate began in 1921 and was officially opened to the public in 1933. It was designed by Edwin Lutyen. It is 42 meter tall.

This triumphal arch is the most recent of the present triumphal arches in Rome. It is situated between the Colosseum and the Palatine Hill, the monument was built to commemorate the triumph of Constantine I over Maxentius at the Battle of Milvian Bridge in the year 312. The Arch was built to commemorate the 50th anniversary of Belgium as an independent country. The construction was completed in 1905. 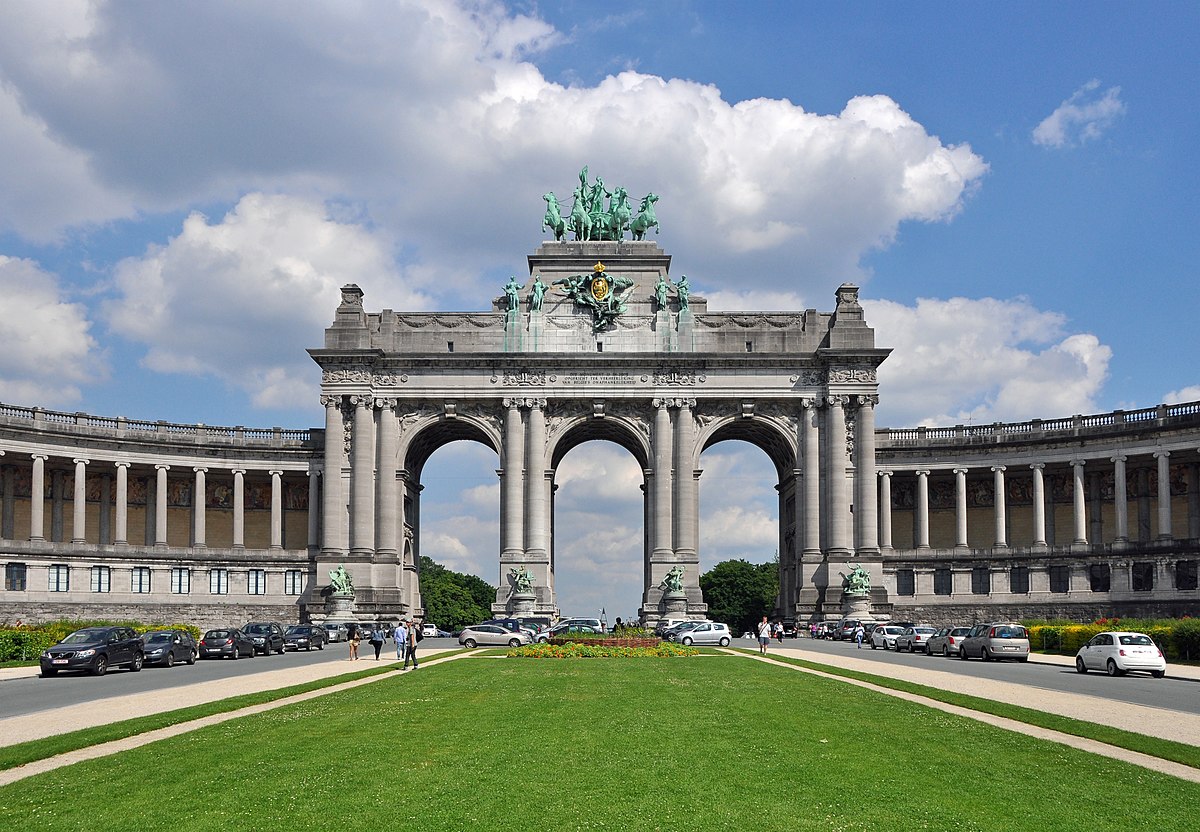 The construction of this triumphal arch was accomplished in 1852. The gate was originallycommitted to the glory of the Bavarian army, and today it is a monument and a reminder to peace. The Victory Gate is 21 meters high, 24 meters wide and 12 meters deep.

Wellington Arch is also known as the Constitution Arch or the Green Park Arch. It is a triumphal arch located to the south of Hyde Park in central London. It was planned by George IV to commemorate Britain’s victories in the Napoleonic Wars.

It is world’s tallest triumphal arch.It is 67 metres in height. It is positioned in Plaza de la República, which marks at the heart of the major thoroughfares Paseo de la Reforma and Avenida de los Insurgentes in downtown Mexico City.