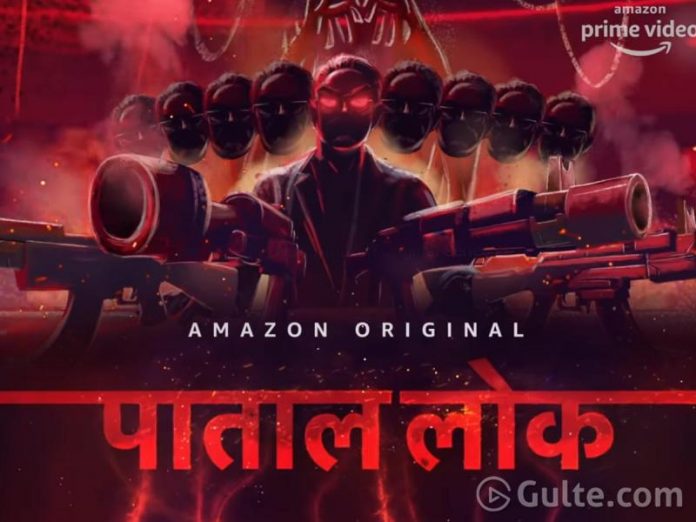 Anushka Sharma Kohli is all set to drop her first debut web show on Amazon Prime. Produced by Anushka Sharma the series is named Paatal Lok. The story revolves around corruption and other evil forces lurking out in shadows.

While sharing the video on Instagram the actress wrote: “From the underbelly comes a crime thriller that will change how you look at the world you live in.” Paatal Lok will be aired on May 15 this year on Amazon Prime. The show has been produced under her home banner Clean Slate Films.

The plot revolves around the darker side of humanity unraveling all kinds of demons and evils of humanity. The teaser displays blind lady of justice soaked in blood which indicates how truth and justice are overpowered by hatred and demons carried inside humans.

Paatal Lok is starring Neeraj Kabi, Gul Panag and Jaideep Ahlawat in key roles, and the teaser. The show reflects the darker side of humanity in a peaceful world. Where everything seems to normal but in reality the world is falling apart.

While everyone was thinking about the long break of Anushka Sharma. She finally came up with the best show for her Clean Slate Production. It seems like she was supervising projects for her production. Anushka Sharma’s last movie was Zero which didn’t come up as expected however her acting was much praised in that movie

The the-31-year old actress is sharing the screen with Sushant Singh Rajput in her next film ‘Paani’. Produced by Aditya Chopra ‘Paani’ is a drama film. Also, the music of the film is composed by great musician A.R Rahman.

Not only this but she will also team up with Diljit Dosanjh after Phillauri (2017), Arjun Kapoor is leading this project with Anushka Sharma for Kaneda which will be released somewhere in 2020. Considering the ongoing Pandemic crisis it is hard to say the same.

Anushka Sharma to share a screen with Katrina Kaif

Anushka Sharma will be soon working with Katrina Kaif for her upcoming drama film. However, the date and year have not officially announced but it is expected to hit the screens somewhere in mid 2021.

1982 super hit film Satte Pe Satta is coming with its second part. The movie will be staring Anushka Sharma, Aayush Sharma and Hrithik Roshan. However, the other star cast has not yet finalized. Anushka Sharma has big shoes to fill in as she id playing the role Hema Malini in the remake. The Farah Khan and Rohit Shetty production has already gained a lot of publicity. It will be exciting to see if meet the expectations of the the fans.