Allison Stokke – Rising Like A Phoenix from the Ashes.

We see a lot of the world from our very subjective eyes. We are witness to things that interest us, and other happenings evade us. Such is the fall and subsequent rise of athlete Alison Stokke. The world may not remember her now, but Allison Stokke was one of the best pole-vaulters in the 2010s. This was all before the media took a look at her. The world of entertainment, media, and paparazzi is a dark rabbit hole, and it threatened to change Alison’s view of the world. However, we aren’t here to talk about her fall from the sky. We are instead here to read of her struggles and learn of the strength and courage needed to make your way to the top.

Allison was already born to a scenario where she was continually surrounded by sports. So, sports came naturally to her. And when she took to it, you could call her a natural at it. Her brother was a national-level gymnast. It was this exposure that put her into the track and field athletic industry. While her brother was a gymnast, Alison saw that pole vaulting was more her speed. It is not clear at what age, but Stokke began her foray into pole-vaulting at a pretty young age. At that point, she was but one in a bunch of other pole-vaulters. It also didn’t help matters that female sports, including pole-vaulting, were barely of much importance. Regardless, Stokke took to the sport with gusto, and soon started making a name for herself.

It didn’t take long for Allison to start making a name for her in the world of pole-vaulting. Stokke went on to become the youngest and most successful pole-vaulters in the United States of America. At this time, she was barely a high-school senior and was modeling part-time. At the young age of 15, she managed to win the US title and pole-vaulted an impressive height of 12.5 feet. If you can’t get a context, which is two six feet guys standing on each other vertically.

It didn’t take her long to start surpassing her own standards. Allison took barely two years to start breaking her own records, and in 2004 she jumped to 12.8 feet! She soon broke her own records of 13 and 13.5 feet respectively. As a high school senior, she had to juggle both her education and training life and she did so gracefully. The end of that year, she broke her own record and jumped a whopping 13.6 feet, which, to provide context, is two times the height of the infamous Michael Jordan.

Also read: Steve McQueen: Shining Light in the Dark Alleyways of the World.

The Photo That Brought It All Down.

Allison Stokke had it all. She was realizing her dreams and ambitions and was getting better with each event. She had truly become a household name in the world of track and field athletics. However, it all flipped when an unofficial journalist took her photo at that time. While she was popular for her achievements, Allison’s looks hadn’t yet really come into factoring her fame. As there was minimal publicity around her in the first place, Stokke was able to focus entirely on her performance as a pole vaulter and less about the critiquing around it.

However, this one photo changed it all. Stokke was a conventional beauty. Her aquiline features and sleek build was ideal for glamour and fashion magazines. This propelled her to fame immediately, almost overnight. However, these amounts of fame weren’t good for Allison, who was never on magazine covers yet.

As is with the patriarchal and toxically masculine mindset of most men in the world, Allison soon saw comments about how attractive she was. Seedy magazines reposted her photo in their issues, with demeaning captions. Nowhere was her skill and prowess mentioned. Overnight she had turned from a talented athlete on her way to glory, to mere eye candy for gossip magazines.

Managing a Situation Spiralling Out of Control.

When it all began, nobody could have calculated how popular Allison would actually get. She had shot to fame in her city, and from there on, the internet had gone viral with speculations about her. Soon large news outlets, Washington and New York Times also picked her up, and featured her on their papers. While this did bring a lot of attention to Stokke, helping advertise her sport, it also brought on the dark underbelly of popularity. Stalkers and Anti-Fans.

Stokke managed to get hold of a manager to take care of the explosive number of emails and calls she was receiving. However, the situation wasn’t easy to handle. She had to resort to extreme tactics. The Allison Stokke that usually wished to stray away from the limelight signed on with a talk show, to appear on their video broadcast.

This video was to explain to her fans her career of pole vaulting, and how kids like her who want to pursue it could get help. The video was informative and very straightforward. It is pretty obvious that Stokke has no intention to address the shallow outlook of the internet. However, as soon as the video went up, instead of people failed to recognize her talent and talk. They instead started commenting on her physique.

Looking For the Silver Lining.

Allison Stokke’s story didn’t go in vain. Her father was a practicing lawyer and made sure nobody had harmful intentions towards her. While there were no immediate threats to her well-being or life, her psychological stability had taken a hit. At such a young age, Stokke had to face the ruthless, demeaning side of the industry and it was scary. She said that she couldn’t participate as there was always a group of admirers that tried to get close to her.

However, she rose out of the ashes like a phoenix and managed to break her previous barriers to achieve some of the tallest pole vaulting records in history. Though she didn’t make it to the Olympics, she manages to remain an inspiration to many of us. She also stands as a warning of what a cruel place the world becomes on your success and how it can leech you of your sanity if you are not careful. CBS even has done a documentary on effect of fame and attention on the young sportswomen of the world. You should watch it to get a real glimpse into who Allison Stokke is, and why she should be recognized for her achievements rather than her looks. 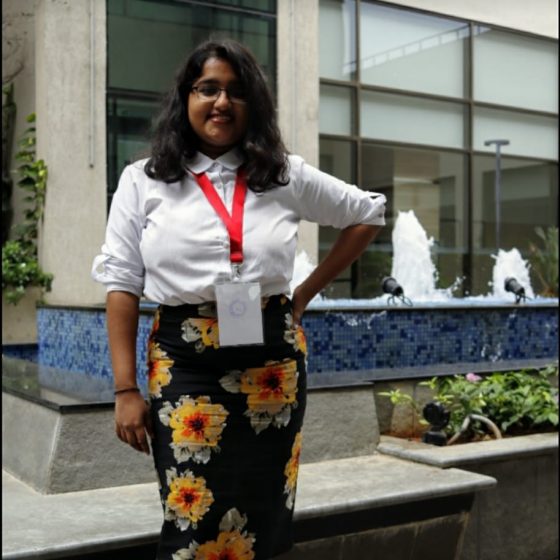