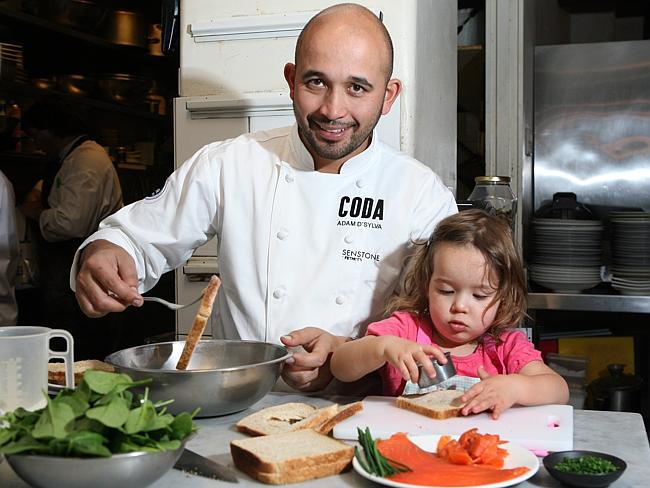 Adam D’Sylva is one of the World’s finest chef. Adam has proved that you need any particular age to learn anything and excel in that field. Adam has learnt cooking at the age of 3. So there is no surprise that he could have learnt so many things in cooking that made him popular. He has worked in some wanky restaurants. He has worked in some famous restaurants in the world Par se in New York, Pearl in Melbourne, and Cosi in South Yerra.

Adam has won twice the Lexus Young Chef of the Year award and appeared on MasterChef Australia. He owns 2 restaurants one in Coda another popular restaurant in Tonka. Adam has much of a passion to his profession. Often believes in quote “It’s not about Aspiration but rather Inspiration”.

Adam in India this week to put together an eclectic dinner menu for the Australian World Orchestra. Orchestra is led by celebrated music conductor Zubin Mehta. Cooking is his passion as such travelling also. Wherever he goes he takes time to visit the city. He spent his early days in Chennai. His mother is an Italian and father originally from Madras. Growing up with two different cultures creates a creative impact. Both cultures are quite strong, not just in terms of personality, but also food.

At the age of 22 he set out to see the world. Regardless of whether going to cook around the world travel to experience cultures and learn things. It’s just fortunate that chefs can travel around the world and work in pretty much any country. Adam can cook an eclectic range of cuisines. Though he can whip up a wide range of cuisines, including Thai, Chinese, Malay and Vietnamese.

Adam is best at cooking Australian Cuisines. It becomes a bit of a struggle for any cook trying to cook food in India, Vietnam, Hong Kong or Cambodia, because the produce varies. Even when he cooks at home the spread is eclectic. The menu usually depends on the chef’s temperament. He has a 2 kids. Four-year-old son and six-year-old daughter, love being his helpers in the kitchen.