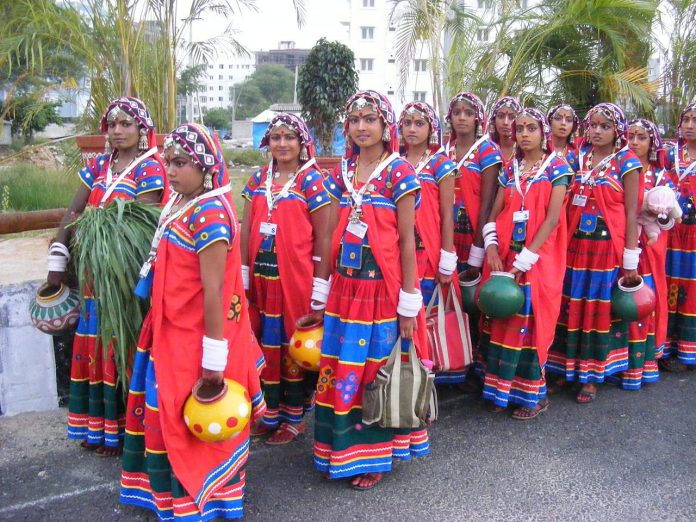 India is one of the largest tribal populations in the world. More than 8.5 crore tribals live between the long corridors of Western, Eastern and Central India. Not only this, India’s tribal populations constitutes 8 per cent of total World’s tribal population of 100 crores and the highest number of them are in the States like Jharkhand, Bihar, Orissa, Chhattisgarh, West Bengal, and Assam.

Jharkhand is primarily known as tribal state with a total tribal populations of 70,89,068 which is about 28 per cent of State’s total population of 2.69 crores. 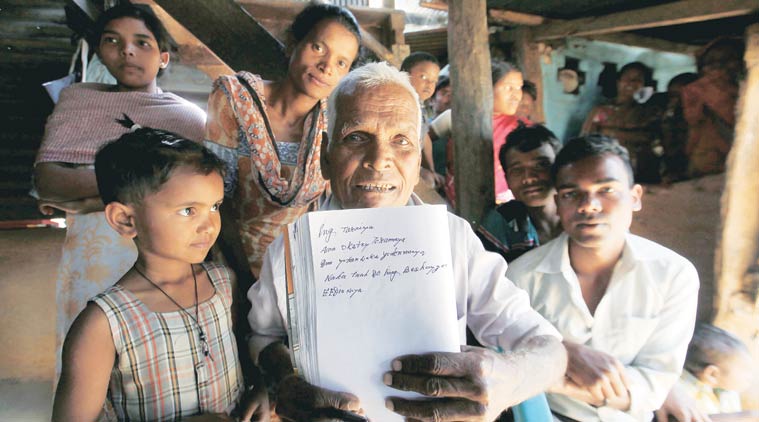 It ranks 21st among all  30 tribal groups of the state, Asur is one of the most ancient ethnic groups in the state of Jharkhand. 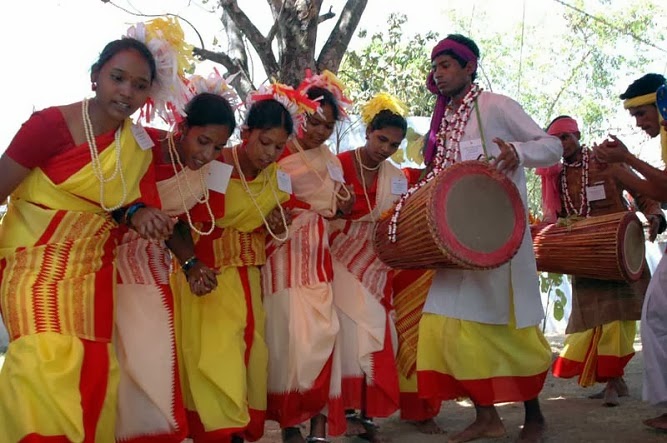 People who belong to the tribe of Baiga constitute a Kolerian ethnic community. The name of these tribe of Jharkhand has quite a few meanings. One of the most popular is ojha’s that means the person who makes medicines. Many of the people who belong to the tribe make medicines by profession, though their chief occupation has been shifting cultivation. 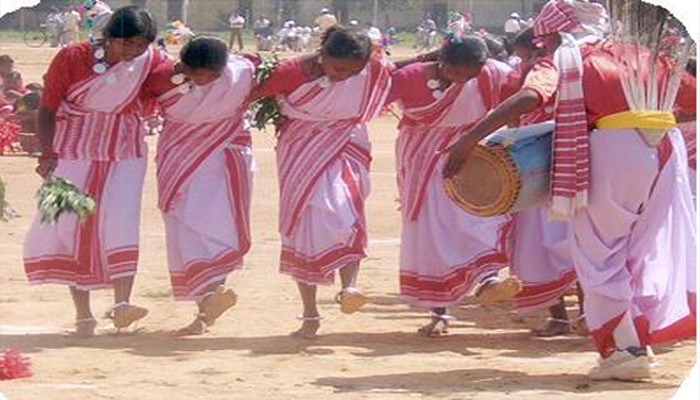 Bhumij are a tribal or Adivasi people who living primarily in  West Bengal, Odisha and Jharkhand, mostly they live in the old Singhbhum district. They used the Mundari language of the Austroasiatic language or sometimes the local language such as Bengali.

Bhumij peoples mean one who is born from the soil. They form one of the hindu Adivasi groups in Jharkhand. Bhumij have adopted the surname ‘Singh’. 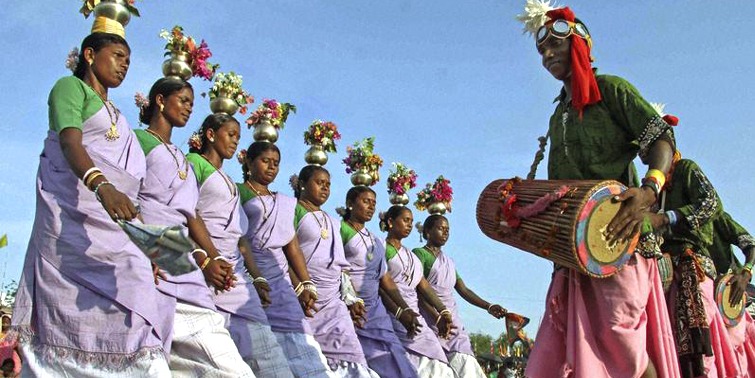 Birhor is one of the oldest tribes in Jharkhand. In Jharkhand, Birhor are found in the Palamu, Garhwa, Dhanbad, Giridih, Gumla, Lohardaga, Ranchi, Hazaribagh, etc.

Birhor belong to Proto-Australoidstock, from the Austro-Asiatic group. It’s interesting to note that the Birhor consider themselves as one of the descendants of the Sun. It is believed that the Birhors are related to the Kharwar tribes, also said to have descended from the Sun. 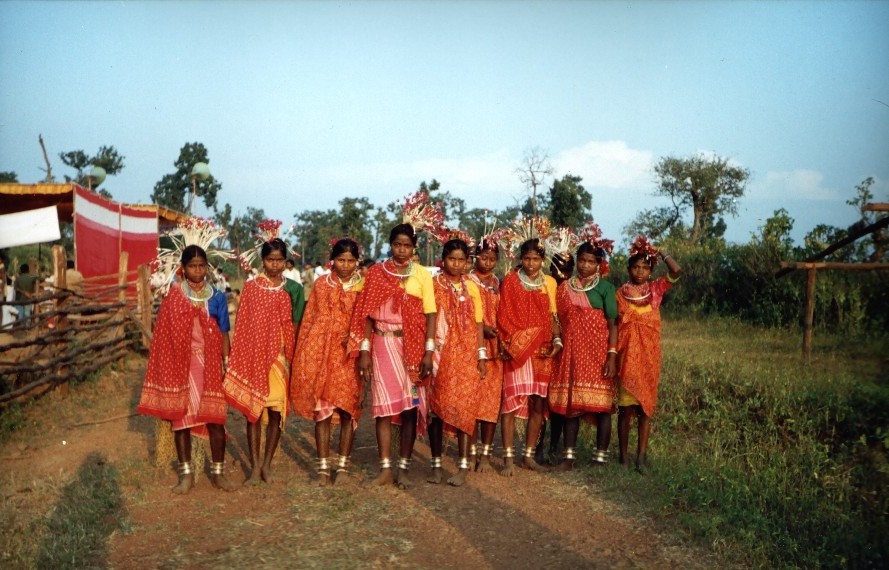 Chero are one of the scheduled tribes of Jharkhand. In Jharkhand, Chero found in the districts of Ranchi, Pargana, Latehar and Palamu, It’s seems to have a larger concentration of these Chero tribe in Jharkhand.

Chero are also found in Bhojpur district, Gaya,Champaran, Daltonganj, Patan, Lesliganj, Bhawanathpur, Munger, Rohtas, etc. It is not worthy in this context that the Chero, also known as Cherwas, was a martial group that annexedmany new territories through war.

The Gond are the tribal community mostly found in the Gondi forests at the central India. They widely spread in the Bastar district of Chhattisgarh, Chhindwara District of Madhya Pradesh and also in the some parts of Maharashtra, Orissa and Andhra Pradesh. The name by which the Gondi call themselves is Koi which means unclear. Gondi are one of the largest tribal group in the whole world. 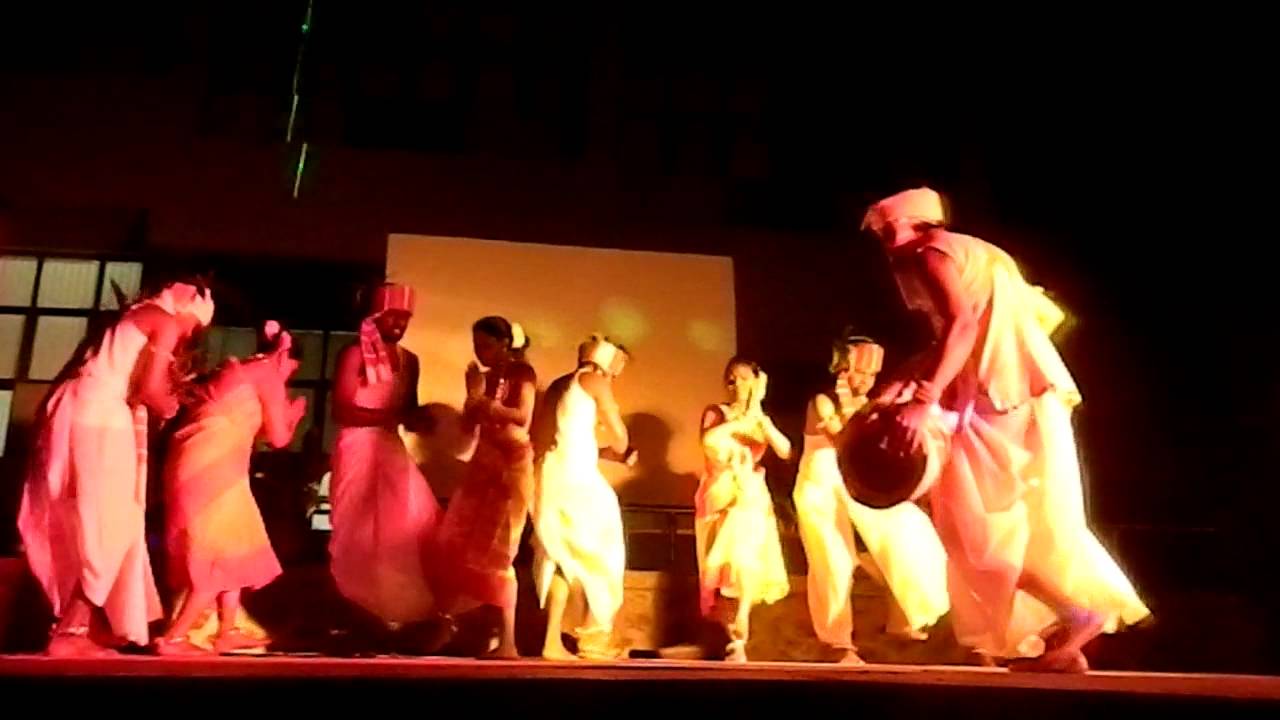 Ho is one of the scheduled tribes of Jharkhand, In Jharkhand belongs to Proto-Australoid stock and they speak Ho and Hindi and a corrupt version of Bengali is also spoken by these Ho’s of Jharkhand.

In Jharkhand, Ho tribe beside nears the rivers, river terraces or by the side of the springs. It is not worthy in this context that the Ho people of Jharkhand are largely depends on agriculture. Agriculture is the occupations of the people of the Ho tribe in Jharkhand. 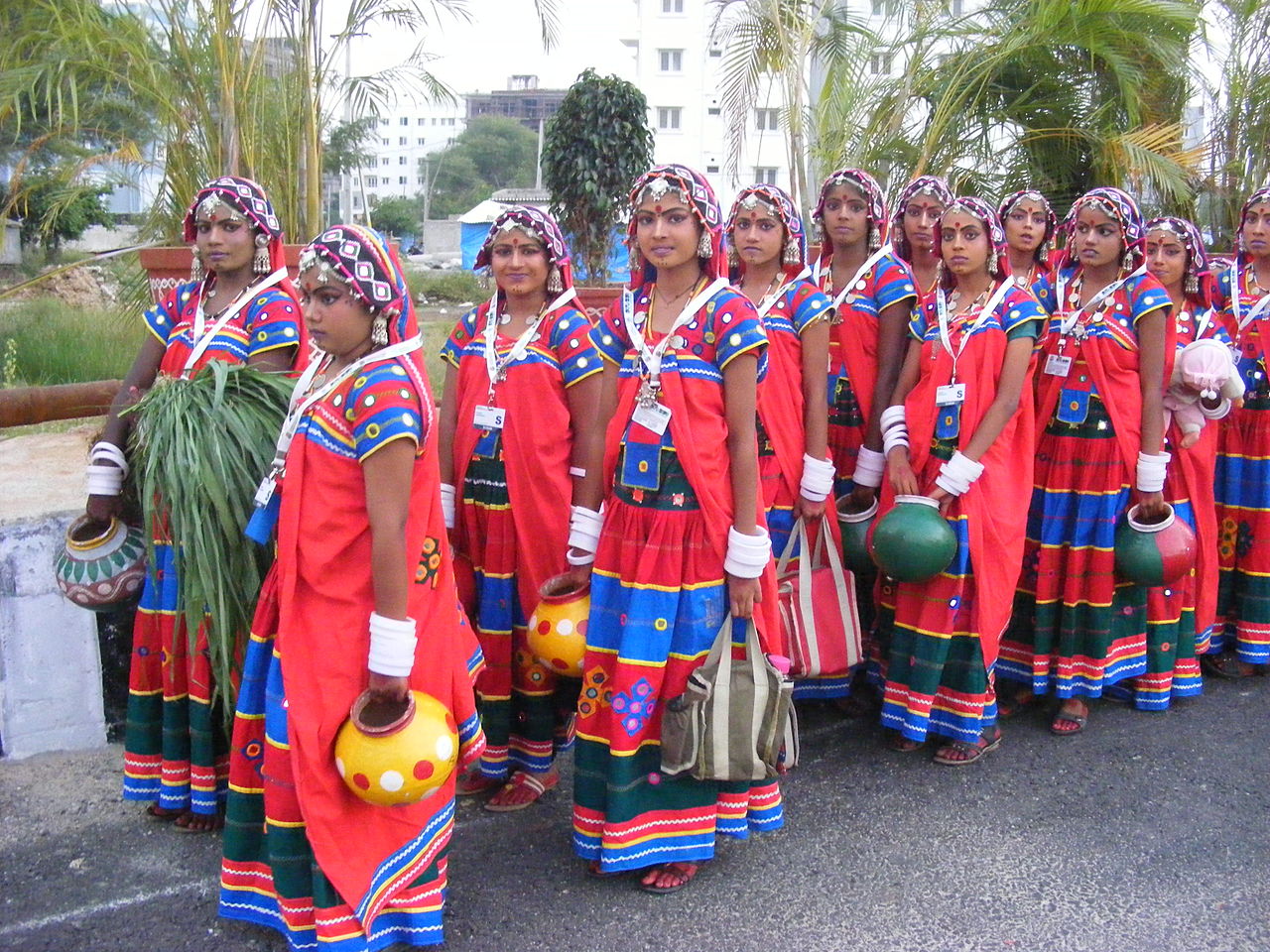 The colourful live of the Banjaras now has become the source of entertainment to entire state. Their festivals like Tusu ,Sarhul and Sohrai are celebrated throughout the state. Banjara dances and music like Natua, Chaw, Ghatwari and Matha now become sources of recreation even to the tourists comes to Jharkhand. They now seem to plan their comes to Jharkhand in the festive seasons of these tribes in Jharkhand.

Banjaras has become famous particularly for their embroidery works. Influenced by their themes culture and exploiting the availability of raw materials, the Banjaras works with ivory beads, shells and colourful threads. Also the needle crafts of the Banjaras create skirts, jackets, bags, blouses, belts and also different types of room decors. 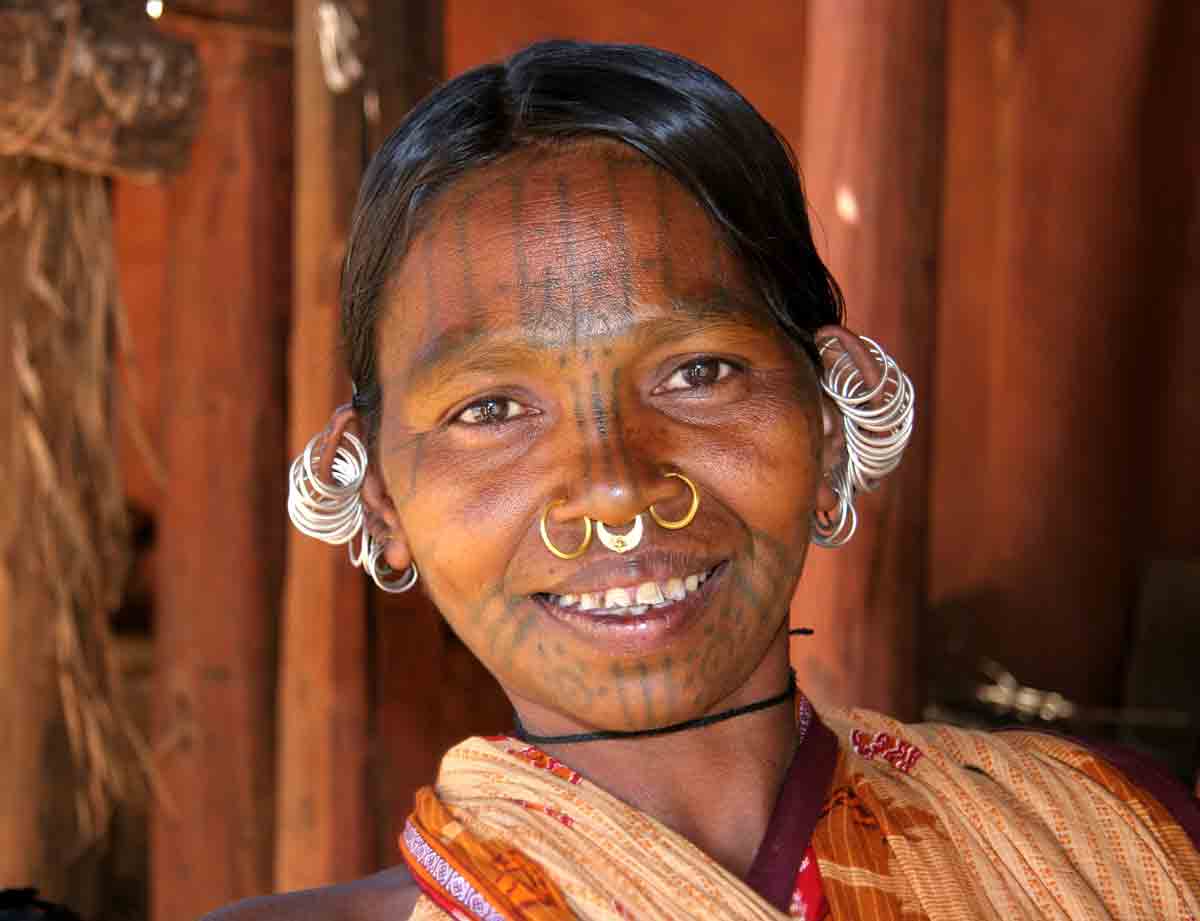 Korba are one of the scheduled tribes of India. They live in hills and forest of Chhota nagpur; the bordering area of jharkhand and Chhattisgarh. They are socially and economically poor (it is estimated that 60 percentage of Korwa are below the poverty line) and outsiders look down on them because of this. A small population of Korwa are also found in the Mirzapur Districts of Uttar Pradesh. The Indian Government has announced several facilities for korwa, such as roads to their settlements, boys and girls hostel for education, providing agricultural land for agriculture. 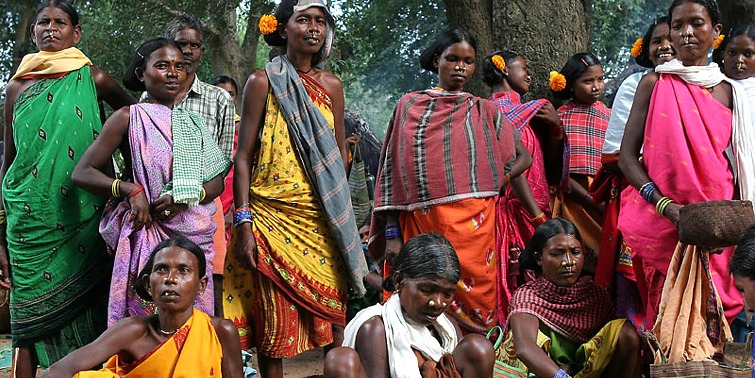 Munda tribe mainly inhabit in the region of Jharkhand, Although they are also spread in the states of West Bengal, Orissa, Chhatisgarh and Bihar. These tribes generally known as the headman of the village

Munda speaks Mundari language, which belongs to the family of Austro- Asiatic. The complexion of these tribes is blackish. They have short curly hair, with the time some of the Munda resembles same features as that of the Bengali’s, Common surnames used by these people includes Topno, Aind, Hemrom, Barla, Herenge, Surin, Horo, Sanga and Samad.