We know him as Faizal Khan from Gangs of Wasseypur, after that he impressed us in all the roles he did. Nawazzuddin has proved that success is not defined in acting profession by flaunting six-pack abs and impeccably good looking faces the truthfulness towards oneself is they key for an actor towards his acting. Here I am unveiling 10 commandments which Nawazuddin follows by heart. 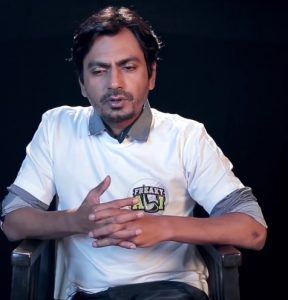 Ask him this and he tells us that honesty of the character should be the most important quality of an actor. He says if a person is honest with a character, then somewhere he is honest with himself too. It is just not possible for a person to be only honest with his character and not himself.
2)How does he prepare for an important scene? 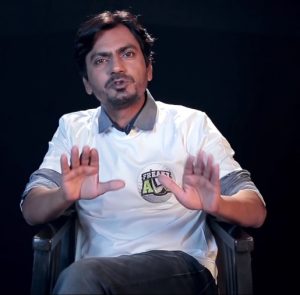 Nawaz tells us it depends upon the scene. If a scene is exhausting he then sleeps at 3 a.m. to get the real tired look at his face. Whereas if scene demands to look fresh he turns his regime like that. Beyond that he does not think.
3) Overcoming his biggest failure. 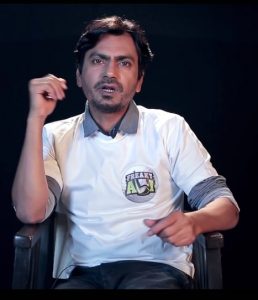 Faizal of Gangs of Wasseypur tells us that he has seen plethora of rejection and his failures for so long before he got big breaks, that he had easily accepted them as his destiny. So this is why he never had to deal with failures. Further he says that his biggest failure would be. Ot doing work. Even he does work for free, he gets satisfaction in that.
4) How he makes director fall in love with him? 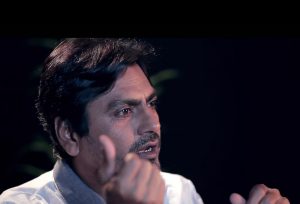 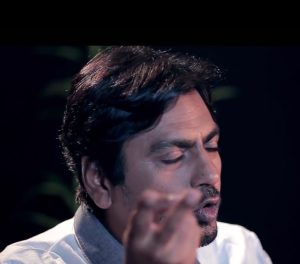 Nawaz says that even today he does not consider himself successful as success has no limits. So question of ego does not exist in his case. Also he had lot of experience from hhs friends and peers who after achieving success got carried away with their egos that it made Nawaz very uneasy seeing the change in his peers.
6) His behaviour on set. 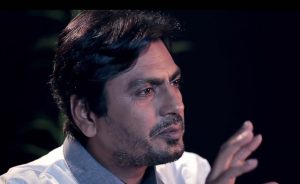 Talking about Nawaz’s behaviour on set, even his director is unaware about his location on set when he comes for shooting. He always sits quietly without talking to anyone as he feels if temperament before shooting a character changes even a bit, the character is then lost.
7) How far does he push himself to tell a good story? 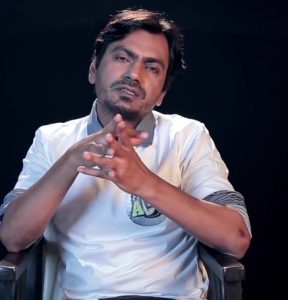 He says the time on camera he gets to tell a story is most precious thing in life. The director including whole unit gives that time to an actor to tell a story which is like a rarest jewel. Considering its importance, Nawaz pushes himself as far as his mental and physical strength can bear to tell a good story on screen.
8) How he choose his projects? 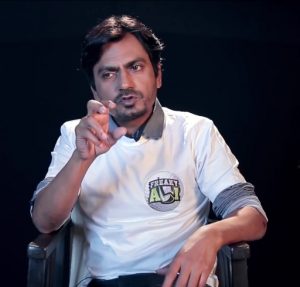 Nawaz is very crude when it comes to choosing his filmy projects. He tells us if he does not like the project, no matter then which director, producer or whoever comes to him for convincing he would not do it. Even if he becomes idle and deprived of any work, he would not choose a project if he does not like it. He further says that he should feel satisfied after watching a movie, so the movie content has to satisfy Nawaz’s expectations.
9)Handling his first screening. 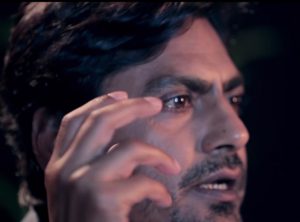 Nawaz yells that he is used to listen to praises after film is screened for the first time but he never believes it. He says when the private screening of the movie is done, it is among all known people so it is natural for them to praise it, so he does not believe or gets carried away by it. He waits for the movie to go to audience because a film praised and accepted by audience is what really matters to him as sometimes unit has praised a movie but audience did not even go to watch it.(laughs)
10) What does hd pray for to God? 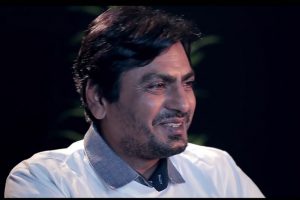 Nawaz does not pray for his achievements. Instead he says work hard and that is what is going to get displayed rather than praying and thinking that praying would get things fall at place!