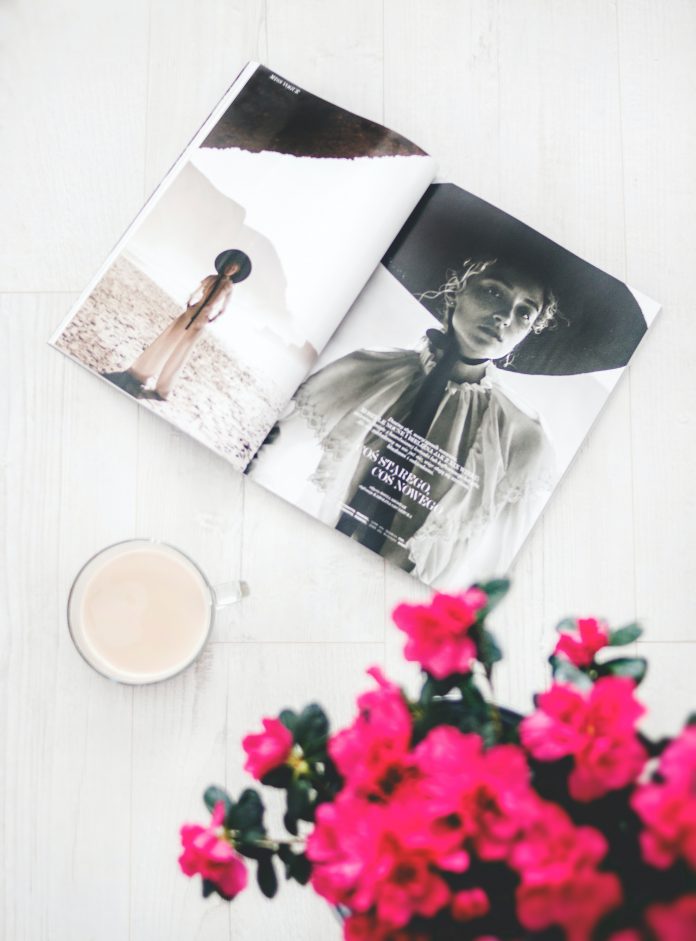 Sundays are for magazines. It has become a ritual now. No digital application can take over the comfort of lying back on my couch and reading the best fashion magazines I own. For instance, if you notice magazines can never go out of fashion. Those soft, silky pages always take us back to the colorful vibrations they pass.

Be it India today, Cosmopolitan or Vogue. Every magazine has its magnetism.  Although we always have a go-to option, most of the Instagram pictures and YouTube influencers take examples from these magazines and drive across their capabilities.

Apart from pleasure, aspiring actors, models, and artists should make it a habit to go through magazines. It will prepare and keep you updated. Some of you might aspire to become models and then attend success parties being completely unaware of how physically and mentally demanding your next day’s photoshoot can be.

For those aspiring, you may forget taking your portfolio along or leave your vanity kit at home. Magazines give you the idea of how to and what to put in front of the camera.

A good magazine will help you from becoming unprofessional and demotivated. This simple effort of going through the pages on a good night will not only keep you mentally stable but also poignant. Just because you are aspiring to be a model now, does not mean you will leave your childhood habits behind. If you are prepared to immerse yourself in the modeling world, make sure you do your homework just like any other practicing model.

Here are some of the world’s best magazines to help you prepare for the dream modeling application and also to keep you updated with all the fashion, lifestyle, and health news around the world.

To talk about the world’s most famous magazine topping all the charts, we have Vogue. The magazine began its first publication in the year 1892. Only then it was published as the new newspaper. With a strong public response, it turned into a fashion magazine. then it was taken over by Conde Nast Publications. Vogue has always found content related to women more interesting.

It has always steered clear towards women empowerment and what women prefer. The big brand it has become today has a host of columns for women. Later in the year 1988, Anna Wintour took over. Today vogue has a whopping 11 million subscribers across 23 countries. The fashion world and Its trends are mostly dictated by Vogue. So it says if you are in vogue, you are in fashion

The next in the list is a French magazine solely focusing on women’s fashion. Elle began its venture in the year 1945. The word Elle stands for “she” or “her” in French. Soon after starting it publication processes, a campaign started by Elle had “if she reads, she reads Elle”.

This campaign gained attention and slowly turned into the giant that it has become today. Although the French magazine started in the US and is now proudly published in over 44 countries, if you would like to know what is exciting about women read Elle. Elle has strong content focusing on energetic and latest trends running across New York City, Paris, London, and Milan.

The United States of America witnessed its fashion boom in papers with America’s first fashion magazine Harper’s Bazaar. The primary focus of Harper’s Bazaar targeted the upper-middle class. It contained provocative and informative content for the polished middle-class mentality.

From updating trends of fashion, Runway in both casual and couture, Harper’s Bazaar has exciting content. Previously this magazine was established as a weekly publication. Later with the craze and the choices made by the public, it has now turned into a monthly magazine. Various blogs and digital platforms have been introduced. Harper’s Bazaar is published in over 32 countries with its headquarters in New York.

This magazine is known to stay true to its name. Most of the content on Cosmopolitan is women-centric. Commonly known as Cosmo, this magazine has 64 International editions and this published in 110 languages. Truly a global magazine Previously Cosmopolitan began as a family magazine. Later when Helen Gurley took over in 1965, the facelift gave it a breakthrough.

Cosmopolitan started publishing groundbreaking content on feminism, sex, relationship, and fashion. What is a Taboo is better defined by Cosmopolitan. Fearless feminism is what Cosmopolitan lives for. With positivity for women spreading like wildfire, this brand flew with colorful wings and now stands like no other.

Talking about controversies, this popular magazine leave no trace of who, what, where, and when of style. The oversized glossy pages have a world-class appearance giving you a real-time gaze of the hottest models, designers, and fashionistas. Pictures in it cover fashion events and trends around the globe, thereby making it a go-getter.

This magazine started off late in the year 2007. Imran Ahmed published the coming of age magazine and made it a massive success. The new flower in the garden, it gained tremendous subscription and loyalty in a short period not only from stylists, fashionistas, and aspiring others but from students, editor’s to everyone who believes in fashion.

This magazine focuses on authoritative content and follows the agenda of the fashion economist, real fashion trends have inside stories. These stories set patterns and influence the economy. If you are interested in knowing how the stories make real-life experiences get your hands on the business of fashion magazine.

With over 90 years of presence, this international high-end magazine has cooperative content on fashion, luxury, lifestyle, and elegance.

If looking for ultimate French sober content, and editorials fascinating your mind it’s time to buy the L’officiel magazine. This magazine is published in over 20 countries including Azerbaijan, Russia, Brazil, Singapore, Italy, and China.

This one is for anyone who has an interest in lifestyle, fashion and upcoming social trends. InStyle is known for its equal focus on blogs and on the hardcopies.

Previously lead by Ariel Foxman and later taken over by Laura Brown, this magazine is published in 16 countries, and is an internationally counted print media. From lifestyle choices, celebrity styling tips to hair makeovers, every bit of fashion can be found here

A big name indeed. Under the great hands of Conde Nast, Vanity Fair started in 1913. During the initial days, it ran for approximately two decades. Later, in the year 1983, Conde Nast gave a brilliant revival. News of legends over the years are published as a treasured asset, boasting mainly of the leadership and guidance.

It has been known for its unparallel standards and authenticity, making way into the heart of new age bloggers. Fashionistas and other artists with an interest in lifestyle, fashion, and health may find it interesting.

This brand focuses on beauty. The American magazine has content for wellness, health, and beauty mostly focussing on women. If you have a habit of stopping by the newsstands, you will find one editorial possibly peeping through the shelf itself.

Apart from women-centric content, Allure is famous for its cultural produce. The cultural contents of Allure went through an overhaul in 1991. Today Allure has a viewership of 1 million online. A complete guide to the best beauty products, who styled what, with exciting offers, and a gift box delivered to your door if you participate in Allure’s contests.

Ten Recipes to Dine on this Quarantine Season