A world without God 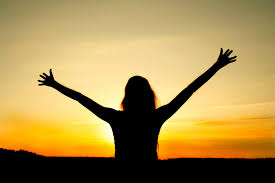 Can you envisage a world without God? I wonder. The idea of God is so deeply engrained in our minds and our lives that imagining a world without Him would seem just next to impossible.   Without Him, how will we explain the existence of the enticing nature, the mountains, the rivers and most importantly, of us, human beings, the most wonderful of God’s creations.

If the notion of God did not exist, would we, human beings have been able to decide what was good and what was wrong? Had the words of God not been interpreted to us by His disciples in innumerable books that exist in almost every religion, would the world we live in today been a different place altogether?

Wondering how parents could teach their children to be a good person without the threat of being punished by God and the constant reminder that we are always under the surveillance of God. How would people justify their actions if not as God’s will?

Will a world without God be a place where people take responsibility of the results of their actions and not merely dismiss them by using the word ‘GOD’ as a scapegoat? Will that world be a place where people will be asked to be good humans not because God will inflict sufferings upon them if they do wrong but because doing wrong makes them a bad person which is not permitted by their own inner conscience? 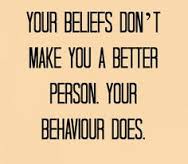 Will that world be a place where humans learn to be more humane without any imposition and only because of their own very will? Where God won’t be responsible for redeeming you of your sins but you yourself have to atone for them by doing good. A world where there is no God and no religion. Where people live in complete harmony with each other, without any injustice or discrimination. A world where no riots will be fought in the name of God. A dwelling where people will have nobody to turn to during despair but them and would learn to get back on their feet if they have fallen, on their own.

Can you envisage such a world? Would you like to be a part of this humane world? Think.