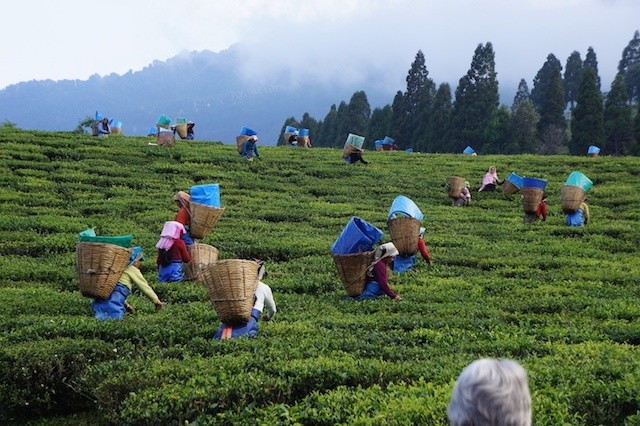 The North-Eastern part of India consisting mainly of the seven sisters is a much neglected or stereotyped part of India, along with any other state. The general attitude among the public is that of ignorance or complacence. The recent racist attacks in Bengaluru are befitting examples. The problems faced by the North Eastern states are numerous because of the ethnic diversity. This article elaborates on the Bodo conflict in Assam.Violence is not something new to Assam. Assam has been marked by severe violence for decades. The inspiration for the Bodo movement came from the Assam movement. The nature, protest styles and ideology of the Bodoland movement have similarities with that of the Assam movement.The Bodos are the most significant part of the vast Bodo-Kachari group of Mongoloid origin living in the State of Assam. The Bodos constitute a significant proportion in the districts of Dhubri, Kokrajhar, Bongaigaon, Goalpara, Barpeta, Nalbari, Kamrup, Darrang and Sonitpur.

The Bodo movement resulted because of the uneven and distorted process of development that took place in Assam, during the colonial and post-colonial phases which failed to meet the popular expectations of the Asamiya nationality as well as the rising expectations of the smaller nationalities, including the Bodos.From the following decades of the 1980s, Bodo movement had become known for the perpetration of horrific violence. A pause to this conflict came with the memorandum of settlement between the Assam Government and The Bodo Liberation Tigers which was signed on 10th February 2003. The MOS resulted in the formation of Bodoland Territorial Autonomous District (BTAD). However, the BTAD structure and functioning was undemocrative and unrepresentative. The BTAD includes the districts of Kokrajhar, Baska, Udalguri and Chirang. The BTAD is governed by a council comprising of 46 members, out of which 30 will be reserved for the STs, five for non-tribal communities, five open for all communities and six to be nominated by the governor of Assam. But the flaw in the system is that BTAD consists of only 25% of Bodos whereas the non-Bodo population make up for the rest 75%.

The question one can raise is, who are the real victims of the Bodo violence? The probable answer would be the Muslims and the other tribal communities.In the attack that took place on 5 August 2016 in the Kokrajhar district of Assam, a Bodo dominated area, which killed 16 people and left 20 injured, the Bodo militants wore kurtas and covered their faces to make themselves appear as Jihadis. The plot was foiled when one of the militants was killed by the security forces and identified as the leader of a Bodo militant group. The genocidal features of the Bodo violence have larger implications than imagined. In the midst of the turmoil of border fences, census numbers, and category of D-voters are the Bengali speaking Muslim community. Although this clash had previously been based on ethnic and linguistic markers involving Assamese and Bengali-speaking people, the state has increasingly deployed religion- based rhetoric of Hindu-Muslim communalism to characterise such tensions in recent times. These Muslim minorities pose an existential threat to the Assamese people, land and security. In such sensitive issues, the role of media becomes even more important as the information provided by media shape the popular opinion. Blatantly labelled as Bangladeshis, the Muslims were falsely accused as infiltration into Bodo areas by the Assamese media. The media by doing this justifies the violence of the Bodos.

The government, however, has taken no significant steps to change the situation in Assam. For instance, the culprits of Nellie massacre of 1983, a single culprit has not been prosecuted till date. Similar is the situation after the Bomb blast of Ganeshguri which took the lives over a hundred people. The main convict RajanDaimary is not in police custody. The successive governments have failed miserably and the issue has become a tug of war between political parties to gain power. 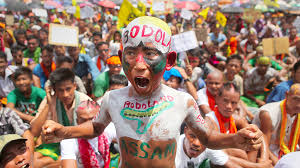 Some of the feasible solutions to this crisis could be to increase the pressure of the security operations that has forced the militants to mix with the civilians. The security forces have to put more pressure in identifying the militants.The government and the civil society should be focussed on bridging the fissures and hatred between the Bodos and non-Bodos.In the context of Assam, the Muslim minorities are largely agricultural, underrepresented in government jobs and politics and yet there appear to be layers of fear acting on the minds of the majority who construct a perceived threat by the minority. The government instead of building on this fear for vote bank politics should fix on the loopholes, Reforms have to be initiated in the BTAD and BTC for a representative democracy.