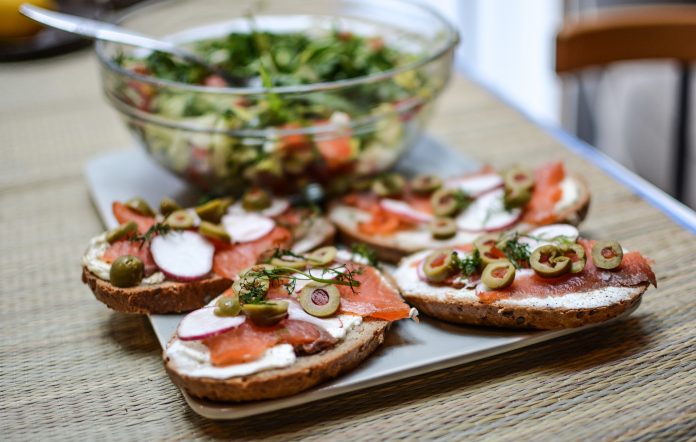 The fridge is empty, what would you expect? Some weird combinations, that’s what. Have you ever had a craving to mix some chicken rice with tomato ketchup? Do not worry, everyone does at least once. The tongue has the ability to distinguish between almost seventeen thousand tastes, and it is obvious that all of have an affinity for some weird ones. There are primarily five tastes that the tongue can distinguish between, but our palates have evolved to incorporate more diverse tastes too.

We have bitter, salty, sweet, spicy and sour. And it are combinations of these that give birth to the best and the worst combinations of food that we have. While they may be distasteful to some, we have to admit, some upon trying out do attend on the better side of the list. And with them being consumed at the middle of the night, the midnight hunger pang adds a little something to the list.

While there are some who vehemently despise the thought of ketchup on pizza, there are yet more who don’t. It does sound like an abomination; the pizza is a dish that shouldn’t be desecrated by anything. However, the added tomato seasoning from the ketchup simply adds to the flavor of this weird food combination and is a must try.

Also read Top Ten Most Bizarre and Unique Jobs Around The World.

There is always something about sparkling drinks that has simply added to their allure. The simple iconic taste of coca-cola is unique in itself, with its saccharinely sweet flavor. The soda on decompression though is merely sugar syrup and should definitely avoided as such. But upon mixing the soda and the famous red wine, we found that the flavor created was truly other-worldly. The wine retains its feel, warm and mild, with the essence of pressed grapes in them. However along with that, the coca-cola incorporates a port-wine type of mouth feel, with the added excitement of the soda. A splendidly weird food combination awaits.

Who doesn’t like anything with cream cheese on it? Doritos? Make a cream cheese dip. Pickles? Cream cheese it is. The true weird food combination is having cream cheese as it is in one sitting. With its salty yet sweet ambiguity, cream cheese provides for a wonderful accompaniment with most foods. And they are the perfect filling with olives in an olive sandwich. Olives have an inherently oily and salty taste which is only best complemented by cream cheese’s soft, cheesy and sweet flavor. And cheese in all forms is always a yes, so cream cheese and olive sandwich it is!

Also Read Everything you need to know about Korean Barbecue

The perfect combination of tastes is extreme sweet with the tang of sour and spice. And what better way to taste that then grilled pineapple and Tabasco sauce. The smoky and sweet flavor of the pineapple wonderfully mixes into the sharp spice of the tobacco sauce. Grilled pineapple would also go well with a dash of pepper, maybe some mint juice extract on it. The sourness of the pineapple gets diluted with the grilling but it still complements and counters any spice, preventing any one taste from getting too overpowering. This weird food combination is perhaps not as weird as we think it is.

The one upside to pies are that you can control the sugar that goes into pies. Half as sugar needed and double the nutrition, pies are the best desserts to have. And the best and most conventional dessert to enjoy is the apple pie. With a crunchy crust and soft, gooey apple centre filling, an apple pie can be eaten at anytime, and anywhere. And the taste is only amplified when eaten with items that complement these flavours. With the firm and steady flavor of cheddar making a base for the sweetness of the apple and cinnamon of the pie, this is a must try. To make this weird food combination even more delectable, you could pour melted cheddar cheese on the finished apple pie.

Everything goes with Doritos. Doritos with anything is not really a weird food combination but we have yet to see everyone adopting them. With their tang and crunch, Doritos are chips that are asking to be toppings everywhere. Just like Popeye’s made the cheetos chicken burger, the Doritos and mac and cheese are a comfort food like no other. Mac and cheese is a very, basic comfort food. The gooeyness of the cheese, and the softness of the macaroni, is elixir to the mouth. But to add to this, we need a bit of flavor; only salt and pepper won’t do it. This is where the tang and spice of the Doritos comes in.

Chances are, if you are not from the United States of America, you may not ever had the pleasure of eating a goldfish. Goldfish are gold, light saltine crackers shaped in small fish-like shapes. They are crunchy and once you start eating them, you can’t stop. But it is quite pleasurable to break the monotonous crunch with some soft, sweet and saltine crackers.

Cheese, cheese, cheese. Cheese when eaten from organic sources, that don’t process them excessively, is very nutritious. With proteins, fats, calcium and carbohydrates, cheese is actually a staple to a diet. However, it should be consumed in moderation. Peanut butter and healthy goat cheese is one weird food combination that you shouldn’t miss out on. Take a pair of graham crackers, stuff it with goat cheese and peanut butter, and heat it for a bit. The delicacy obtained is equal parts crunchy, soft, filling, salty and sweet.  Peanut butter and goat cheese are the perfect midnight snack; not exactly unhealthy, but good enough to indulge on.

If you have never had chocolate and chips, you may probably be gagging at the combination. But this weird food combination, do not knock it till you try it. While the chips are salty and crunchy, the chocolate is well, chocolate. The plain salt chips seem to go best in this combo and a better idea would be to dip your chip in the chocolate and store it in the freezer till it becomes firm. The truffle that ensues is not only easy to eat, but is decandent in texture and taste alike.

This last one is one for the non vegetarians of the friend group. While bacon goes with everything, waffles, fries, burgers, eggs and omelets, one of the best and weirdest go to’s is with banana. The banana is soft, and easy to munch on, whereas the bacon is both juicy and full of flavor. The flavor of the bacon bursts in your mouth and the banana manages to mold it into the taste and texture of the banana. This weird food combination is also a good meal to grab and go on work days.

We hope you enjoyed our top ten tally for the best and weirdest food combinations from all around the world. Let us know if there are any other weird food combinations you have enjoyed more in the comments below.