The oldest city in North America, the capital of Newfoundland, St. John’s, is the city that must be on everyone’s bucket list. Supremely aesthetic, is how this city is defined. In contrast, from Saint John of New Brunswick, this city overlooks one of the world’s finest natural harbors, which makes it exceptionally different as the ships, with ease, tour the heart of the city. From knowing about St. John’s fascinating history to its famous attractions, this feature provides A to Z details for all those who are fond of exploring cultures and enjoys being in the proximity of nature.

Beginning from the basics, a name like that of this city’s is based on the Venetian explorer, John Cabot, who, with his son, Sebastian Cabot, became the first people to sail into the harbor on 24th June, in the year 1494. From fishermen who used to set up seasonal camps to harbor visits by the Europeans during the latter part of the Italian Renaissance followed by Portuguese’s series of expeditions, this city was highly known for its commercial aspect. Due to St. John’s exceptional fishing grounds, it became a trading outpost for the Spanish, French, Basques, and English who were into the business of fishery along the western side of the North Atlantic. Known as a major commercial and service center for the Newfoundland fishery throughout the seventeenth and eighteenth centuries, the slow increase of the population became a highlight as the fishery was the only priority of this location until then. St. John’s, in the nineteenth century, was established as the commercial and political capital of Newfoundland. In this period, the city experienced three extremely gruesome fires in the years 1816, 1846, and 2892 which they recovered from very gracefully and rebuilt after each incident. It was in the year 1921 that St. John’s was officially declared a proper city with the passage of the City of St. John’s Act passed by the government of Newfoundland. Remained as a center of commercial trading in the fishery arena and the development of the city as a whole was the crux of the twentieth center, and it continues to be the same today.

Also read A Perfect guide for an Egypt trip

Now that we are well versed with the knowledge of this city’s intriguing past, it is time to know what they offer to the visitors, today! Below are the top 10 attractions and locations that are a must-visit when touring this lovely city of Newfoundland, St. John’s.

Overlooking the entrance of the harbor, the location that has several interesting areas to wander is the Signal Hill National Historic site. This place with a 360-degree view of the city, harbor and the sea is not only essential for learning about the history and culture of St.Johns via the Visitor Centre but also leads in exploring different monuments of which the most popular is the ruins of Queen’s battery which was built in the early 1700s followed by scouting over to the Cabot Tower. Placed on the top of the hill, this tower, which was built to signify the 400 th anniversary of John Cabot’s voyage in the year 1898, has exhibits about Guglielmo Marconi, which in the year 1901 received the first transmission from England in St.Johns and the first transatlantic wireless broadcast. Not only this, but during the summers, the traditional Noonday gun is fired daily beside the tower as well as the commemoration of the last battles of the Seven years wars is done by recreating the military drills of the 1800s with marching bands, cannons, and musket fire are extremely significant.

Known as the most easterly point in North America is Newfoundland’s oldest sustaining lighthouse, which symbolizes Cape Spear, is found on a cliff, just southeast of St. John’s. Rising from the center of the keeper’s house, the lighthouse built in the year 1836, with a unique design of that period, represents the life of a lighthouse keeper belonging to the 19th century. Accompanied by this, is the Fort Cape spear. Built as a World War II Coastal Défense Battery that guarded St. John’s and its harbor from German U-boats, it is now a popular destination for spotting whales, icebergs, and hiking along the coast.

Located on a ridge that looks over the city, the Provincial Museum, the Provincial Archives, and the Art Gallery of Newfoundland and Labrador all come under one roof, which is known as The Rooms. From trying out samples of the famous Newfoundland foods, hearing traditional music, learning to play a new instrument, or trying out new art forms, innovation is what defines this museum as it houses numerous interactive programs and exhibits that leaves the visitors with an amazing memory and experience. With a lot of activities to engage in as well as having an observation deck that offers a view of the entire harbor, this place is highly suitable for the whole to family to enjoy their day out.

The local artisans and the craftspeople rule the shore on the north side of Signal Hill. Not only for shopping quality gifts and souvenirs, but this place allows the visitors to interact with the artists who, with pleasure, are ready to demonstrate and discuss their work followed by answering any related queries. Dating back to the year 1780, the restored Quidi Vidi Battery of today was once used as a garrison by the British, who as well strengthened the battery before their withdrawal from Newfoundland in the year 1870. Built-in 1740, it is considered as the oldest house in British Canada. Due to this place’s association with the Quidi Vidi lake, the oldest sporting event known as the St. John’s regatta is held here.

A style with strong Scottish and Irish influence, the Maritime Music is the core of Newfoundland. A combination of instruments such as fiddle, guitar, and often a piano creating a variety of sounds and rhythm makes the music is extremely addictive. To experience this rhythmic delight, one must head to the active entertainment district, which is on the two-block George street. Complimenting this traditional music, there is a specific time around early August where the top Newfoundland bands gather for five days and nights of ear-pleasing music in the festival known as George Street festival. Adding on to this is the Mardi Gras festival, which takes place in October and is undoubtedly popular in the category of groovy music. Festivals are simply an excuse. To experience these intriguing melodies, visiting George Street’s restaurants and terraces will quench the desires. However, it is crucial to know, the street remains off-limits in the afternoon due to traffic but is open throughout the night.

Running along the east coast of Newfoundland, the 300-kilometer East Coast trail is one of Canada’s most adrenaline-pumping hikes. Beginning from the north of St. John’s, the developed portion ends at the south of Cappahayden with several mini trails in between for people preferring shorter hikes. Not only the towering cliffs and headlands for trail covers, but trekkers can experience sea stacks, seabird colonies, lighthouses, abandoned coastal villages, whales, icebergs, puffins, archaeological digs and the most popular, caribou herd.

Flow below the Signal Hill and into the 550-million-year-old rock bed to experience numerous interactive exhibits revolving around Earth’s geological and cultural history as well as learn about the life in Newfoundland in the most interesting location, the Johnson GEO center. There are a variety of exhibits found here, of which the most famous one is the Amazing Earth Theatre that utilizes special effects to recreate the time and space when Earth was simply a molten mass. The Future of space, the Titanic, the Solar System, constitute other exhibits that must be explored. From adults to children, this destination suits everybody.

Basilica of St. John the Baptist

Built-in between the years 1842 and 1892, the Roman Catholic Basilica of St.John the Baptist falls under the category of the most important architectures in Newfoundland. Known as a National Historic site today, it is in the form of a Latin cross that is accompanied by two 46 meters high slender towers. The ornate gold-leaf ceiling and the statue of Our Lady of Fatima, which was a gift from the Portuguese sailors after they survived a major shipwreck with some other finer statues, are the most crucial features of this location.

Newfoundland’s east coast serves as an apt location for North America’s largest puffin and kittiwake colonies. Considering overall, around two million seabirds use this place for nesting, breeding, and feeding their little ones, small, herring like fish known as the capelin which are found here around June. Following the footsteps of the Capelin, Whales, and other fishes migrate into the waters around Newfoundland’s coast annually; thus, in June and July, these water beings can be witnessed easily. During these months, boat rides generally turn into whale watching; however, there are specific companies that solely function in locating these mammals wherever the water is deep enough. Bay Bulls and Witless Bay are the water bodies where firms provide puffin and whale watching cruises.

To experience gardens and trails with themes of the ecosystem like a bog, a marsh, and other various forests, one must visit the Memorial University Botanical garden, which is located on the outskirts of the city, in a large land called Pippy Park. From native wildflowers, plants to displaying the beds of cultivated annuals, perennials, and herbs, this place is essential for all nature lovers. Visiting the location will lead to the most splendid display of rhododendrons. Complementing this is the Fluvarium, located at the edge of the Long Pond, it is an underwater viewing station that provides a close-up view of the fishes, insects, and plants who live in the water.

From excitement to relaxation to being culturally aesthetic and pleasing, this city has the ability to cater to all types of visitors. With its intriguing past and interesting present, this city can hold the attention of its people, which is why touring St. John’s of Newfoundland is an absolute must. So, head-on, and pack your suitcases right away! 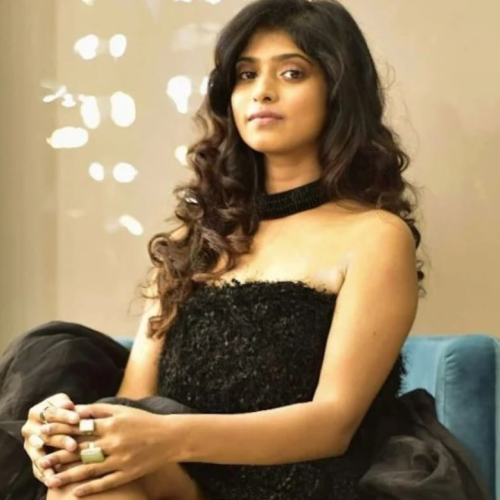 Varenya Vaish
Prisms have always intrigued me. It shows that, there is more than one way to view things and this has always allowed me to view things in a different way. I am 21 years old, pursuing BMM. Being a die hard animal lover, I have rescued numerous four legged beings! Lastly, I am also Tiara Miss India Tourism 2019's First Runner up.