Top 15 Supermoms Of The World

Every mother is a superwoman in her own way. Nobody in this world can bestow upon the amount of endearment and love with the same tenderness as a mother. Some call her mom, some mum but the emotions remain the same.

Like they say, ‘God couldn’t exist everywhere so he showered his blessings in the name of a mother’. She is the sovereignty of God in our lives. As soon as we hear the word ‘beautiful’, the thought of our beloved mother strikes our mind. She is indeed the most wonderful creature for the way she provides physical as well as emotional care for her child from the time he’s born.

For every child, it is beyond imagination to live without a mother’s warmth nurturing. Though all moms are supermoms, some of them leave their imprints on everyone’s heart.

We are here to brief you about 15 such great mothers!

Ann was a social activist who worked to improve the health conditions of poor children. She inspired her daughter, Anna Jarvis to commence a campaign for recognition of Mother’s Day as she often longed for a day when mothers get acknowledged. Post her mother’s death, Anna led a movement for the commemoration. Indeed, we celebrate our mothers on this day because of their efforts. However, she attempted to end the celebration of its day as people started making illegal profits by using its name.

Honored with the National Book Award, an ample of people know J.K Rowling, the author but very few know her role as a mother. Being a single mother, she’s been the President of a single parent organization that provides the required resources and facilities to their children and she has always been more than proud to play the role of a single mother. She has been the bestseller author of the Harry Potter Series that sold over 500 million copies.

She was acknowledged with honors of utmost importance like the Nobel Peace Prize, Bharat Ratna, Golden Honor of the Nation. etc. Since she was a nun, she never gave birth to her own children but treated thousands of children in need as her own. The mother of the nation used to organize schools, orphanages, and soup kitchens for abandoned children. Her life was fully devoted towards the needy ones and she stands as an inspiration for all.

We have all watched or heard about the inspirational movie based on the Indian amateur boxer, Mary Kom. Thus, she has been awarded the Padma Bhushan and Padma Shri for the same. She is also a politician and a Member of Parliament. Along with being one of the most successful boxers, she is a mother of three and knows how to balance her personal and professional life. She never puts her work ahead of her children and supports them in every way possible.

Abigail, the wife of President John Adams and the mother of five children, was an ardent supporter of women’s rights and child education. She provided her children with the best education and life lessons, hence Qunicy Adams considered her as an angel on Earth. In addition to it, she was an advisor to her husband and the first lady to live in the White House.

Marie Curie, a single mother and the first woman to win a Nobel Prize in both, Physics and Chemistry. Additionally, she influenced her daughter to win a noble prize as well. She instilled her diligence in her daughters and they became as known as she was. Marie’s daughter wrote a biography on her life full of achievements in order to honor her.

The first and the sole woman Prime Minister of India, Indira Gandhi achieved abundant acknowledgments and her biggest achievement was the victory of India over Pakistan that led to the formation of Bangladesh. As a mother, she instilled great qualities in her sons by teaching them to be self-sufficient just like she made the country by introducing Green Revolution. Henceforth, both her sons turned out to be fair leaders of the country.

Known for her achievements in dissolving child marriages and emphasizing education for all, Kachindamoto stood firmly against the legal age of marriage. Furthermore, having five boys of her own made it all the more difficult for her to revolt in favor of girls. Theresa terminated the marriage of around 2,600 child brides and helped to send them to schools.

Do you know how humble is this Oscar-winning actress? She adopted three kids in addition to her three biological ones. In the morning, she goes out with all her kids as soon as they wake up. Indeed, a mother with a golden heart. She was also the Goodwill Ambassador for the United Nations High Commissioner for Refugees (UNHCR).

Gems like her are rare to find as she rescued thousands of children and provided them with homes by putting her life at risk. Consequently, the mother of three received the White Eagle Award. She was nominated for the Nobel Peace Prize and awarded the title of Righteous among the Nation and for her bravery.

A courageous black woman who escaped slavery along with her little daughter and went through hardships like the illegal trade of her son. However, she became the sole black woman who sued a white man successfully. Truth’s speech ‘Ain’t I a Woman?’ against racism at the Women’s Rights Convention became extremely popular. Truly an inspiration!

Who adopts a child after having enough children of her own? Kathy did! Additionally, she started a worldwide campaign named Mothers Without Borders to help orphaned children and also provide them with caregivers. The organization helped children worldwide, especially in India, Mexico, Nepal, Bolivia .etc.

Yet another brave mother protested ardently against drunk drivers when one of her 13-year-old daughters was killed regressively due to a drunk driver. The ‘Mothers Against Drunk Driving’ movement, rescued many lives. She made it possible to raise the legal drinking age to 21! However, later she became a lobbyist for the liquor industry and she was criticized for the same. She explained that her fight was never against the industry, but the drunkards.

An author, a philosopher, a socialist, and a mother of seven. From guiding the females to get the right to vote to sending her girls to study far away as they wanted to, Cady is an inspiration for all. Meanwhile, she raised seven children! She guaranteed rights to slaves and women.

Widowed, single mom of three, and a successful doctor. She educates parents on the importance of interaction with children at the early stages of life. On the whole, her work says a lot about her nurturing! Moreover, she achieved several awards like SENTAC Gray Humanitarian Award, the LENA Research Foundation Making a Difference Award. etc. She also wrote a book named ‘Thirty Million Words’ describing the role of language in issues of social inequality. 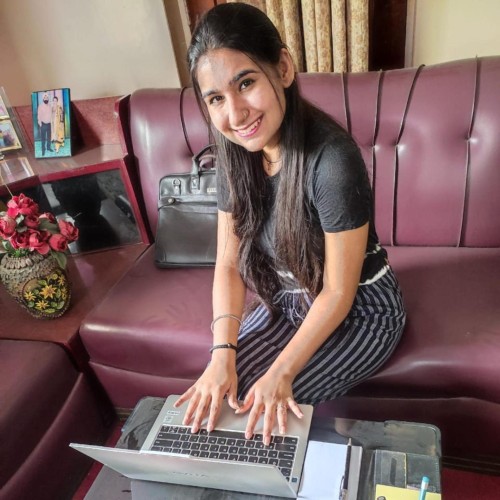 Arzoo Bhatia
Just observing and penning it down.