The ‘Separation of Power’ is a principle that is known to have trained the minds of a lot of people. From the philosophers of ancient times to the political scientists of today had reason to contemplate this maxim throughout the centuries.

This separation of power theory denotes the various power division between the different organs of the state – Executive, Legislature and Judiciary.

The Formulation of the Three Powers of Government according to the Separation of Power theory are as follows:

1. No same person should be a part of more than one of the three state organs.

2. No organ should not interfere with any other state organ.

3. No organ should implement the work set for any other organ.

But there is no particular definition of this dogma. This is because everyone tries to interpret it in their own way.

The concept was first seen in Aristotle’s work during the 4th century BCE. The three elements – the General Assembly, the Public Officials, and the Judiciary. A concept similar to this was followed in the Ancient Roman Republic. In the 18th century, it was Montesquieu, the French philosopher who introduced a principle that was systematic as well as scientific. He wrote a book called ‘The Spirit of Laws’. This idea was further developed by John Locke.

The purposes of the separation of power are as follows:-

a. Preventing the power from being abuse by a single individual or a group of people.

b. Guarding the society against the irrational state powers.

c. Safeguarding everyone’s freedom and allocating every function to a particular organ that is suitable to take responsibility.

The powers are separated in such a way that the governance mechanism is divided into three levels – the Executive, the Legislature, and the Judiciary.

What does the Executive mean?

The executive is that part of the three-level government which is responsible for law enforcement and governing the state. The executive’s work is to implement the laws which are written by the legislature and elucidated by the judiciary. Under the Indian Constitution, the Executive head is the President. The executive powers are given to him and all the procedures are done in the name of the President. But, he is only the State’s Constitutional Head and only acts according to the advice given by the Council Ministers.

What does the Legislature mean?

The legislature is one of the organs of the constitution, which is the governing body with all the authorities for making laws in a country. The laws made by the legislature are known as the primary legislature. The function of the legislature includes representing, deliberating, legislating, authorizing, expending, and forming governing.
In the central government, there are the Lok Sabha and the Rajya Sabha. The members who get elected are known as the Members of the Parliament and they select the leaders of the Assembly, the Speaker, and the Deputy Speaker.

Among everything making the law is the most important function of the legislature. First, the bill which is the draft of the law is formed. They are of two kinds – money bills and ordinary bills. The ordinary bills deal with the day-to-day things and the money bills deal with financial matters. After that, as the bill gets approved by the two houses it is passed to the President. After the President signs the bill becomes law.

What does the Judiciary mean?

The Judiciary, the watchdog of the constitution is the third governing body. It is responsible for ensuring that the laws which are made by the legislature are protected and maintained. In the eyes of the citizens, the judiciary is the most important organ of the government. This is because it acts just as a protector from the extras of the other organs of the government. This protector role of the judiciary makes it a more respected organ among the others.
The highest judicial forum in the Indian Constitution is the Supreme Court. It is the final court one can appeal to. It consists of the Chief Justice along with thirty other selected judges. The laws that are given by the Supreme Court is the binding law which is accepted everywhere, even by the state governments.
The functions of the judiciary include giving justice to people, the Supreme Court being the final Court of justice should listen to both the parties and then announce the results against the guilty. The laws should be interpreted and applied rightly by the Courts. The Supreme Court is also responsible for protecting the rights of the citizens. If any citizen’s right is violated then it is the responsibility of the Supreme Court to protect it. Along with all this, the judiciary is considered the Constitution’s guardian.

The powers are separated but still, these threes organs work together parallel to each other to ensure that the government is protected and maintained.

The Making Of the Indian Constitution

Laws Every Indian Women Must Know

Why is water-tight separation in the Indian Constitution between the organs not possible?

The three organs mentioned have different functions to perform. They don’t interfere in each other’s work but they all work through the process of check and balance. This is done for ensuring the government work properly. If they are separated in a water-tight manner then it will be impossible to maintain this efficiency. This check and balance method are introduced so that no organ can use its power more than required. If that happens then the other two organs will take action.

The Articles from 62 to 72 tell us about the Parliament is capable enough to make laws related to the conditions of the Constitution and also that there are no restrictions about it. The power of the President is also mentioned there. The judiciary is also self-dependent enough and faces no obstruction from the other two organs. The Articles 226 and 227 are about the High Court and the Article 32 and Article 136 are about the Supreme Court.

In a broad sense, the doctrine of the separation of power means that there is no definite distinction between the three elements of the government, and the process of check and balance is used. The three governmental bodies actually work parallel to each other to ensure citizens are satisfied and the law and order balance with the voice of the people are protected. 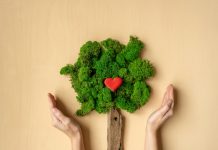 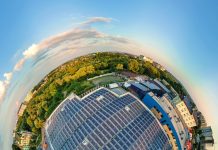