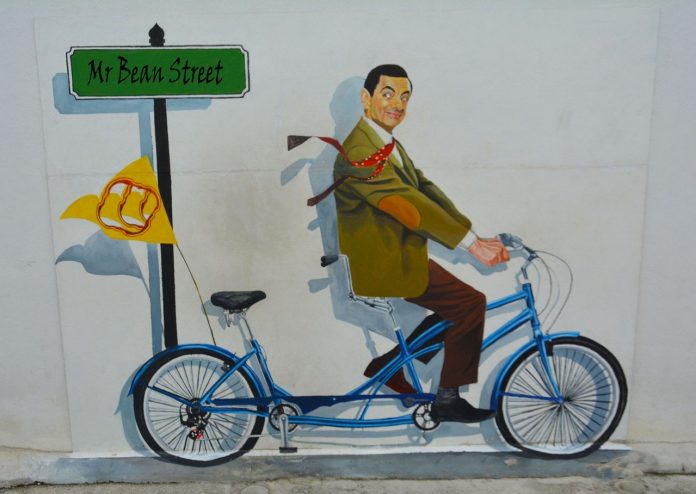 Mr. Bean aka Rowan Atkinson has been entertaining us since our childhood. We all love this very actor for his splendid work in the series. Mr. Bean is a British comedy series that was a huge success. People still binge-watch this series. Comic series has always proven to be a stress-reliever. This series well explains how a grown-up man behaves like a child. The beauty of this series is that it goes without uttering a word. All the episodes of the series go with a mute character. You won’t find any dialogue delivery in the entire series. And this series isn’t restricted to any age group. You will find people from all age groups to binge-watch it. It is surely one of the all-time favourite series.

All of this makes the viewers keen to know about their one of the favourite protagonist Mr. Bean aka Rowan Atkinson.

Rowan Sebastian Atkinson was born on January 6, 1955. He was from Consett, a place in England and was born to Erik Atkinson and Ella May. He was youngest of all the four brothers. His basic education started at Durham Choristers School. He continued his further studies from Newcastle University, where he studied Electrical and Electronics Engineering. Then he pursued an M.S. from The Queen’s College, Oxford. He educated himself very well before stepping into the acting field. He wrote some sketches for shows at Oxford. Then he collaborated with the Oxford University Dramatic Society where he encountered with composer Howard Goodall.

All about his career

Rowan Atkinson always showed a particular interest in comic kinds of stuff. He started with a series that aired on radio. He starred in The Atkinson People for BBC Radio 3 in 1979. He stepped into television with Canned Laughter for London Television Weekend. The show was a great success. This is why he went on to play Edmund Blackadder in Blackadder. The series aired from 15 June 1983 to 20 July 1983 on BBC 1. The entire Blackadder series was a period sitcom. Rowan Atkinson plays the role of an intelligent and self-centred officer during World War 1. Then, he moved to Not the Nine O’Clock News for the BBC. This series was produced by his friend John Floyd.

Another major success show is Mr. Bean. The show first appeared in 1990 on New Year’s Day. It was aired especially for Thames Television of the duration of half-hour. Due to the immense success of the series, makers decided to switch to movies too. The movies Bean and Mr. Bean’s Holiday then aired starring Rowan Atkinson. The movie Bean was directed by Rowan’s colleagues from Not the Nine O’Clock News. Mr. Bean was the most successful works of Mr. Atkinson. It was commercially the best for him.

Then, he also starred in The Thin Blue Line, a television sitcom written by Ben Elton. He portrayed as portrayed Inspector Raymond Fowler in the series and performed several other roles and showcased the best of his talent at every point . He also was a part of the 2012 Summer Olympics in London as Mr. Bean. Rowan Atkinson did his best in every field. He had a remarkable job at theatre and movies too. His retirement was in the news in November 2012. Though he appeared as Mr. Bean in later years.

Know a bit deeper about his personal life

Rowan Atkinson was first married to the BBC makeup artist Sunetra Sastry. They have two children namely Ben and Lily. The couple got divorced later in November 2015. He then was married to comedian, Louise Ford. She gave birth to Rowan’s third child. He was much involved in politics too. Rowan led a coalition of the United Kingdom’s most prominent actors and writers back in 2005.

He raised voice for many other issues like the issue of anti-gay hate law and demanded the removal of the government who promoted this hate. He also voted for freedom to criticize ideas as long as they are not religious to a community. Rowan Atkinson had a peculiar interest in cars too. He has a fascination for lorry cars. This is why he had a lorry driving license back then. Also, due to his obsession with cars, he played the role of a racing driver.

Rowan Atkinson is popularly known as Mr. Bean despite his numerous roles. It is because of his outstanding job in the same. In 2018, he received YouTube’s Diamond Play Button for his channel that earned more than 10 million subscribers. In 2013, Atkinson was appointed Commander of the Order of the British Empire in for services to drama and charity.