Renting a womb A legal analysis

“It’s about time they stopped its misuse. The Indian Council of Medical Research’s national guidelines 2005 (for accreditation, supervision and regulation of ART clinics) in India for surrogacy and other ART procedures are not legally-binding, so unscrupulous people did what they wanted”

-NB Sarojini, (director of Sama Resource Group on Women and Health, an NGO)

Meaning of the term Surrogacy

Surrogacy can be defined as the process by which a woman carrying a pregnancy gives birth to a child for another. This arrangement can be either voluntary or gratuitous, as well as,
paid as any commercial transaction according to the agreement between the
commissioning couple and the woman who agrees to bear the child.

Status of Surrogacy laws before the coming of the Draft Surrogacy Regulation Bill, 2016

Prior to the conception of the aforementioned bill, the condition of surrogate mothers was pitiable. The target being the rural women, who were allured by the glimpse of financial rewards for delivering a child for the childless couples. With the inception of this new law however, attempt has been made for curbing the renting of womb’s at the same time promoting altruistic surrogacy, empowering women for the first time to vouch for their choice in opting for surrogacy or not.

The Union cabinet recently cleared the draft surrogacy regulation bill, 2016, that aims to ban all commercial surrogacy, which many say leads to the exploitation of the poor women of our society who agree to become surrogate mothers for some amount of money.The law also further goes on to ban unmarried people, live-in couples and gay couples from opting for altruistic surrogacy.

The couples, especially the foreigners, who are desperate for a biological child, and infertility experts who are losing business to other countries like Ukraine and Georgia where commercial surrogacy is legal, are expectedly against this new step by the legislature, but independent experts proclaim that a stringent law in this unregulated sector was long overdue. It could serve as the change that Indian surrogacy laws required from a long period of time

The notion of commercial surrogacy is banned in most developed countries, including Australia, United Kingdom, Canada, France, Germany, Sweden, New Zealand, Japan and Thailand among others. India however has no law regulating surrogacy and the bill took many dimensions, with the government finally for the first time separating surrogacy from the Assisted Reproductive Technologies (Regulation) Bill in 2016.

The Rental status of a womb

There are about more than 50 million infertile couples in the world, and some of them head to countries like India and Thailand to rent wombs. It has turned the two countries into the world’s biggest hubs for commercial surrogacy over the past decade.

This industry’s ugly underbelly hit the spotlight when an Australian couple abandoned one of their twins in Thailand in 2014 because he had the famous Down’s syndrome, which led the country to ban the concept of commercial surrogacy in February 2015.

India was already considering a ban when another couple from Australia went home in 2014 with just one of the twin because they wanted a girl, leaving their son behind in Delhi. This was something that was not only shocking for the country but also motivated the country to stop such inhuman behavior towards a child, who had no role to play in being a boy. This was no reason to abandon the child in the way the couple did.

Under India’s new bill, couples that are abandoning a baby, now risk a 10-year imprisonment and an Rs 10 lakh fine, or could be awarded both. It also makes it illegal for the doctors to do such procedures that hurt the surrogate mother and the baby’s physical and mental health.

The new law empowers women to go for altruistic surrogacy

The new bill allows women to go for altruistic surrogacy, where a woman can carry someone else’s child as long as no money (other than medical cost and insurance) is obtained, favors or coercion is involved, and it goes on to excludes those who rent their wombs for money.

“This is a loophole with potential for misuse and needs to be closely regulated. People can present commercial surrogates as altruistic volunteers and quietly pay them off,” Sarojini said.

The bill further goes on to bans a woman from being a surrogate for more than once in her lifetime.

“It is an excellent step as most surrogates have children of their own and the repeated pregnancies take a toll on women’s health,” Dr Manika Khanna of Delhi’s Gaudium IVF Centre that offers surrogacy almost exclusively to Indian couples said.

Under the provisions of the new law, only infertile Indian couples, who have been married for at least a period of five years can opt for surrogacy, but those who already have a child cannot do so.

Though India has made the first attempt to overhaul its surrogacy laws, yet room is left for more progress in the field as there is no permanent structure which has been proposed to be created in the Draft Bill. Also it’s interesting to note that there are proposals for creating new posts.

The proposed legislation, while covering an important area has been framed in such a manner that it ensures an effective regulation but does not on the other hand add much vertically to the current regulatory structure already in place at the central as well as state level.

A need for a more stringent punishment mechanism is required so that womb renting could be prohibited completely at the same time altruistic surrogacy could be encouraged. It should be a woman’s right to choose whether she wants to opt for surrogacy or not.

Financial benefits should not be the motivating factor here. Awareness about what surrogacy is, and what are its implications should also be catered too and last but not the least an effective implementation of the new bill is also to be proposed. 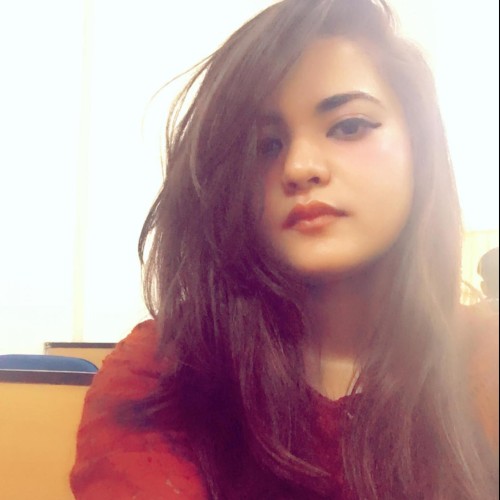 Atrayee De
The Author is currently pursuing the 4th year of a five year B.A. LLB(h) integrated course. She has been a scholarship holder since her school days and has also continued the same in her college life. She is also actively involved in legal research and loves reading and writing