Why You Should not Give up on Your Dream!!

Daniel is a highly ambitious, creative, qualified, well-settled man. His parents wanted him to be a banking personnel and being an obedient and loving son that he is, he became a banking personnel. He has a steady, well-paying job, a well-furnished apartment and close friends. He is happy with his life.

Yet, somehow, he always has this feeling of emptiness in him. This unfulfilled, cherished dream. Since he had attended an art gallery in his school at standard 8, he had this dream of being an artist. At that point, with next to no responsibilities, his dream was very achievable. So he made some paintings. Paintings of people showing various emotions. Paintings that no one, except his close friends, knew about. Paintings that were not destined for the world to see. Paintings that meant the whole world to him.

Some years into his working as a banker, Daniel faced an emotional crisis. He was unhappy with the way his life was turning about. He didn’t feel like socializing with friends. He didn’t even want to talk to anyone. One of his friends at that point, suggested to try some activity that relaxed him. Acting on the advice, he took a long leave from his work and took out his painting gear for the first time in years. That is when he started his painting sessions. At first his brush felt foreign in his hands. His art was quite depressing at the beginning. Gradually, with each stroke of the brush, he felt lighter. His thoughts became clear and positive, as opposed to the jumbled mess that used to be in his head. He felt relaxed and inspired at the same time.

Now Daniel is a full-time painter. His works are much acclaimed for. His life became stress-free and full of satisfaction.
Whenever he sees a person struggling with their dreams, he gives them these timeless advice:

Contents hide
1 1. It always gets better:
2 2. Your quitting may cause more damage:
3 3. Quitting will only make you weaker:
4 4. You are a lot stronger than you know:
5 5. Your dream is only so far away:
6 6. The more opposition you face, the greater your achievement will be:
7 7. It is always worth fighting for:
8 8. Perseverance always pays off:
9 9. Fighting against the odds is exhilarating:
10 10. The feeling of accomplishment surpasses all the hard times:

1. It always gets better:

No matter how hard it seems, it gets better. The struggle you face right now is temporary and it will pass with time.

2. Your quitting may cause more damage:

There comes a time in life when you feel holding on to your dream becomes very difficult and giving up seems easy. It may be so but then you will have to live on with your life making much more difficult choices, knowing that you let go of your dreams instead of working hard to achieve them.

3. Quitting will only make you weaker:

Quitting your dream seems easy and quick but it will also make you weak. When you cease to try, you cannot learn from the experience and grow.

4. You are a lot stronger than you know:

Following on the above point, you are much stronger than you believe yourself to be. Mould your life in such a way that you can learn more and develop yourself. Facing your fears will make you a stronger individual.

5. Your dream is only so far away:

Many have given up their dreams just when the were on the cusp of reaching it. With just a little more effort and determination, you can achieve what you wish for.

6. The more opposition you face, the greater your achievement will be:

The exposure you get while on the journey to success is directly proportional to the enormity of your success. So don’t lose hope when the struggle seems endless, your success will be that much greater.

7. It is always worth fighting for:

Your dreams stands for your happiness and you deserve to be happy. You are the only person who can make it happen. So, hang on to it.

Continuous and focused efforts reaps their benefits undoubtedly. It is difficult, yes, but the results are so incredibly satisfying.

9. Fighting against the odds is exhilarating:

Quite often, when we do something outside the box, there is a certain thrill to it. Knowing that you have done what many fear to do, is undoubtedly freeing.

10. The feeling of accomplishment surpasses all the hard times:

When you have gone through all the trying situations and you finally make your dream come true, you feel such bliss. The trials and troubles you faced will seem worth the result. The sweet taste of success is unlike any other.

These are some words of advise to the struggling souls out there. Now, Daniel is a fictional character, but the above advise are 100% true.
So, give your dreams a shot! You won’t regret it!! 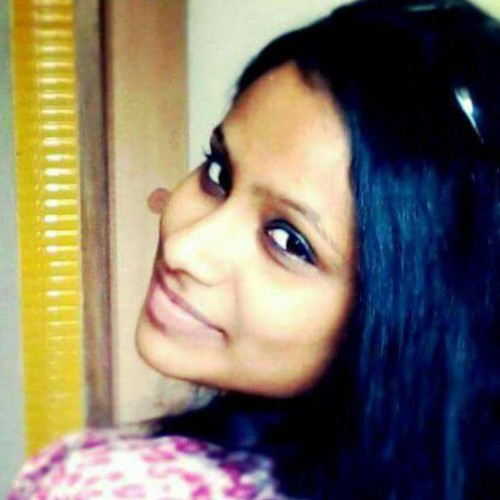