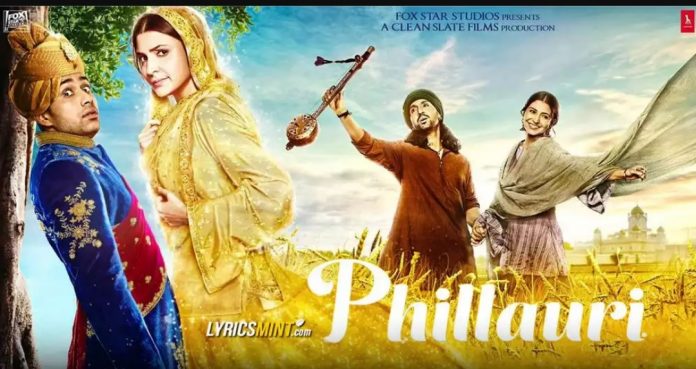 Phillauri is a sweet and soaring love story covering it’s story telling with earnestness. Audience will walk out of theatres with smile. Despite the movie contains many soft spots it still works as in the end the flick is a love-story. Writer Anvita Dutt Guptan and debutante director Anshai Lal tell us about old century’s culture, clothes and expression which change with time but the exquisite emotion of love remains same. Narrative moves between 1919 and 2017 between dead ones ( a couple who yearned for each other) and living beings. There is another couple of present time who love each

other but are torn apart by fear and doubt. The boy, played by Suraj Sharma at one point says tha he just wants to find himself. Meanwhile his bride to be wonders and cries why a man she loved since childhood is reluctant to spend his life with her. The story juggles and the director struggles to keep all the balls in the air at many scenes. The first half is not much revealing but thankfully the second half has more meat. The two songs composed by newcommer

(Sashwat Sachdev) are magical( Dum Dum and Sahiba). These songs skillfully delves deep into romance and through these songs Diljit Dosanjh and Anushka Sharma come into their roles. Their love-story is filled with old world charm. The present day story enacted by Suraj Sharma and

and Mehrene Kaur Pirzada too has emotional depth. All four actors delivered solid performances which helped eclipsing flaws in the movie. In the last part, the director has put too much effort to put ‘Rooplal’ and ‘Shashi’ as iconic lovers. The special affects are done well and ultimately movie is worth a watch.