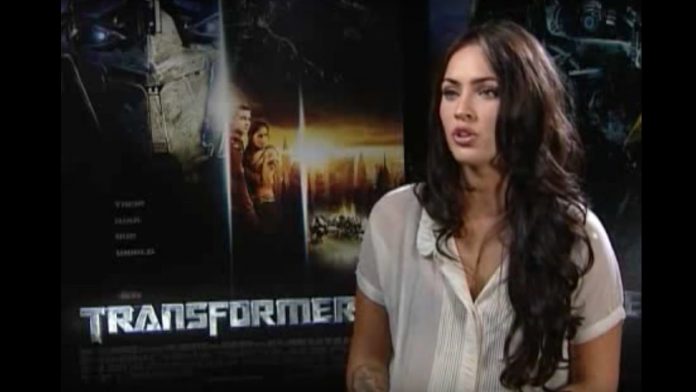 When you think of the famous Teenage Mutant Ninja Turtles, the first thing you think about is the turtles. And Megan Fox. One of the most beautiful actresses in the industry right now, Fox has recently been the conversation of multiple tabloids and discussions. Many of them revolving around the media’s perceiving of her as a sex symbol in Hollywood and how typecasting affected her career greatly. Before we jump into all that, here is a small tell-all on Hollywood’s forever woman crush Wednesday, Megan Fox.

Fox was born in 1986 to parents Gloria and Franklin Thomas Fox. She lived in Tennessee and after her parents divorced when she was three, lived with her mother and stepfather. Her sister did the same. She grew up as a protestant but attended Catholic school for a long time, influencing her beliefs. Fox lived a sheltered childhood, and her parents forbade her from having any boyfriends or inviting friends over to her house.

Her childhood at home was sheltered and peaceful, but the one at her school wasn’t. During interviews with various Late Night and radio shows, Fox confessed to being heavily bullied in school. She said that everyone hated her, as she made guy friends easier than she made girlfriends and people would pelt her with ketchup packets in the canteen. She would sit alone in the canteen away from everyone. Fox even goes so far as to mention that she hated school and that she did not like the education she received.

Fox’s career in acting found its early roots in modelling. By the age of five, she had begun her training in dance and drama. She found herself in the dance and swim team at Tennessee. Even after her family moved to Florida she continued her training in the talents. She went on to participate in the 1999 American Modelling and Talent Convention in Hilton Head, Carolina. After her success at the modelling competition; she won several awards at the show, she decided to take up modelling professionally. She continued to live with her mother until she had enough money to move out. At age 17, Fox got out of school and entered schooling via correspondence so that she could move to Los Angeles, California.

Fox’s career never really took off. At least, it didn’t take off in the way it was supposed to. She made her acting debut in the 2001 movie Holiday in The Sun where she played the role of a spoiled heiress. This was followed by guest performances in popular TV sitcoms such as Two and a Half Men and What I Like About You. Fox finally starred in a supporting role opposite Lindsay Lohan in 2004, on the teen chick flick Confessions of a Teenage Drama Queen. Fox went on to star as the female lead in the live-action movie Transformers. She won three MTV Teen Choice Awards for her role in the movie and was all set to star in the next sequels but it did not work out.

Fox has not had much of an illustrious career till now. Other than her roles in Transformers, and Teenage Mutant Ninja Turtles, Fox hasn’t really acted in much to be internationally acclaimed. Other notable roles she played was as a replacement for Zooey Deschanel on TV sitcom New Girl while the other actor was on maternity leave.

She last appeared in Zeroville directed by actor and filmmaker James Franco. Zeroville performed poorly at the box office and Fox seemed to have taken a break from acting. Fox will next star in Think Like a Dog. The movie was originally set to release in theatres but due to Coronavirus, shall be releasing on video on demand.

Also Read: How To Become A Successful Solopreneaur Woman.

Despite the perception of Megan Fox as a sex symbol in Hollywood, there wasn’t much in terms of her love life. That was until 2004. In 2004, she started dating her co-star on Hope and Faith, Brian Austin Green. The age difference between them was palpable; he was thirty and she was a mere eighteen. While he was sceptical about the relationship, Fox was resolute. She said in an interview that she had to convince him that she was more responsible and well-spoken and that she was more than just her age. They got engaged in 2006 and ended it in 2009.

Their break was short-lived and they have engaged again in 2010. They were together for five years and had two children before they decided to mutually separate and filed for divorce in 2015. However, they got back together and then went on to have their third child. It was then in May of 2020 that Green finally announced their separation after ten years of marriage. Fox was subsequently seen going public with Machine Gun Kelly. This was also after she had released a music video with him named, “Bloody Valentine.”

Megan Fox, due to her physical allure and sex appeal, was immediately touted as a sex symbol. Almost all the movies that she performed, had directors aiming for her to be the sex appeal for that movie. She believes that this has severely affected her public image and has even typecast her. She states her being a sex symbol as a reason she finds it hard to get varied roles in the industry.

On her relationships and sexuality, she has had quite the controversial views. She says that with the hardships she faced in the industry, she has developed a general dislike and distrust for men. Fox is bisexual and also calls herself a hypocrite. She believes that while she would date a woman, she wouldn’t date a woman who was bisexual herself. Fox says that since the woman herself has slept with men, and men are so dirty; she wouldn’t want to be romantically involved with them. She considers herself a catholic and believes that her faith keeps her grounded. Comment below on the next celebrity you would like to know more about!