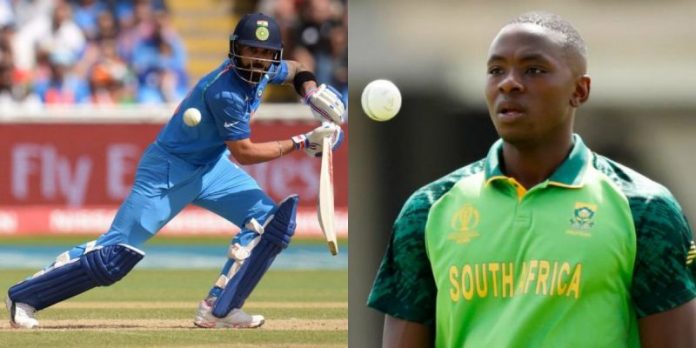 Team India have selected wrist spinners Washington Sundar and Rahul Chahar for the three T20Is against South Africa. Since the South African batsmen do not have a good record against Indian wrist spinners, it will be difficult for them to tackle the duo.

According to the India vs South Africa schedule, the three matches will be played in Dharamshala, Chandigarh and Bangalore. While the venue of the first T20I will aid the pacers, the next two are likely to have spinning tracks on show.

He is also a bowler who likes to read the batsman well and bowl variations according to the type of batsman. Therefore, it is quite important to read his hand carefully and understand the type of delivery he is going to bowl. So the mantra against Sundar will be to handle him with care in the powerplay and not go for the big shots early on; and attack him if he comes on to bowl later in the innings.

The other wrist spinner is a leggie who has a nice release from the top. Rahul makes it tougher for the batsmen who like to play off the backfoot. It is not easy to cut him towards point as his ball zips after pitching. The key is to play him either on the front foot or by stepping out. The second option is only good if the batsman possesses good footwork and can get to the pitch of the ball easily. It will be a disaster if the ball pitches away from the batsman after stepping out because he likes to turn the ball by a fair margin.

He has played just 1 T20I for India and did not have a good outing. Although, he impressed in the IPL for Mumbai Indians and India A tour to West Indies. The 20-year-old was brought on by the Mumbai Indians whenever they needed to attack the batsmen and pick up wickets in the middle overs of an innings. He is not accustomed to bowl in the powerplay but can give it a rip even in the flattest of tracks.

Chahar will continuously be coming at the batsman as f he likes to attack. It is on the batsman to calculate the risk and challenge his skills. The ideal plan for a batsman against him will be to stay patient and keep working him on the leg side till he comes out of his strong zone and bowls wide of off.

The duo has replaced Yuzvendra Chahal and Kuldeep Yadav in India’s T20I setup for a couple of series now and it will be exciting to keep checking live cricket score to keep a track of their performance against South Africa.