Hampi is declared a World Heritage Site and is renowned all over the world for its ruins. These ruins belong to the Hindu Kingdom of Vijaynagar of the erstwhile medieval period. The travelers get attracted to the temples, the monolithic monuments, and sculptures, as they portray the amazing workmanship. The Hindu style adapted for the architecture of these structures helps to showcase the glory of the Vijaynagar Empire. The cherry on the cake for visiting this Historic and heritage site is the rugged landscape.

Contents hide
1 Let’s know more about Hampi
2 History of Hampi
3 How did Hampi get its name-
4 Location:
5 7 unforgettable experiences you can only have on the Hampi trip:

Hampi is sometimes also called Hampe. UNESCO considers the ‘Groups of Monuments’ at Hampi as a World Heritage Site. During the 14th century, Hampi was considered to be the capital city of the Vijayanagara empire.

The Archaeological Survey of India and other historical and geographical teams from all over the world do to numerous excavations, study-excursions, architectural study, and archaeological study, these splendid and beautiful temples, and ruins.

The city of Hampi is not only an architectural symbol but also a reminder of the great Vijayanagara empire. As Hampi was considered to be the city of the Empire,  this place has become a symbol for the same. The Empire was defeated by the equation formed by the Muslim sultanates and the capital city was conquered.  many of the architectures were destroyed by the armies of the Sultanate,  believe to be in 1565. After this incident, it infamously got its name “The Land of Ruins”.

Colin Mackenzie, the Great British interpreter, and a  Scottish army officer was the person who founded the city of Hampi.

Located near the Tungabhadra river, this city since ancient times was a great attraction for several travelers, especially the Portuguese and Europeans. The city is considered to be the second-largest one, in the medieval era after Beijing.

Even in ancient times, this city was ahead by many generations. It had well-organized trading markets, farms,  and numerous temples with splendid architecture and designs.

Moreover,  Hampi is considered to be India’s one of the richest cities at that time. It attracted several well influential traders from Persia and Portugal.

How did Hampi get its name-

There is an interesting story behind the naming of the city. Hampi or as traditionally known as “Pampa-kshetra”, or “Bhaskara-kshetra” was derived from one of the names of the Hindu Goddess Parvati. The name was Pampa.

The story is according to the mythology that, Goddess Parvati wanted to marry Lord Shiva. She was actually the incarnations of Sati. In the beginning, when her parents got to know about her wish discouraged her. But she anyways persuaded that.

Lord Shiva was always lost in the world of meditation and for this reason, Goddess Parvati appeal to God for help in order to get his attention. Lord Indra sent Kamadev,  who is considered to be the Hindu God of love to awake the lord from his deep meditation.

But when Kama shot an arrow of desire at Lord Shiva he was extremely enraged and he opened his third eye in his forehead and burnt Lord Kama to ashes.

But still, the Goddess didn’t lose her hope And she herself starts living like an asceticism in order to attract his interest.

It is Courage the Goddess Shiva disguised himself and tried to discourage her by explaining the weaknesses. But Parvati refused to listen to him and stayed stubborn. After saying so much determination love and affection for him,  from Parvati,  he finally accepted her.  later after the marriage of God and Goddess, Kama was also brought back to life.

It is believed that Parvati persuaded her Yogini lifestyle on the Hemakuta hill, which is now part of Hampi.

Fun Things To Do At Hampi

Hampi is in the middle of Karnataka, located in the southern part of India.

Hampi is a long-distance car route as it is just 353 km away from Bangalore. Hampi is 467m above sea level and the famous Tungabhadra River flows through the land. The whole place is located on rugged terrain.

Hosapete, also known as Hospet Is the nearest railway station,  which is approximately 13 km away. There are many connective overnight buses and trains that also connect the city with Goa and Bengaluru.

7 unforgettable experiences you can only have on the Hampi trip:

Hampi is a place full of monuments and sculptures but there are a few additional incentives in this trip which is going to make it an unforgettable one!

Apart from all these listed activities and places, there are a lot of things to do and visit several places in Hampi. After reaching Hampi, the locals can guide you to places as they are the best advisors there. Hampi is indeed is a quick weekend getaway spot! 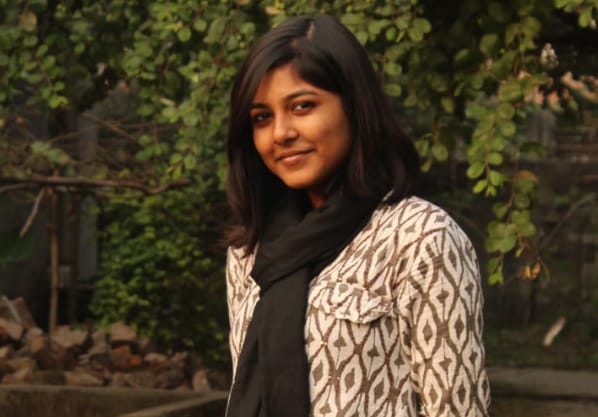 Janhavi Majumdar
I am Law student and have passion for writing. Writing brief yet informative content is my primary goal.