If you are bored of watching typical discovery channel , then FVI TV 18  will definitely change your perspective of watching these knowledge channel . FYI TV18 is an Asian lifestyle-based network owned by a joint venture between A+E Networks and TV18. It is available in eight languages (including English, Hindi, Tamil, Telugu, and Bengali) in full HD across all major markets in India and planned toreach more than 50-million households in coming years. It take modern spin on traditional lifestyle programming.
FVI TV18 is a bucket of various series on different aspects of life . So here is a list of series that you must watch in FVI TV18.

So here is the wrap  to this beautiful journey that begin and ends with a love story . I hope you enjoyed the ride . 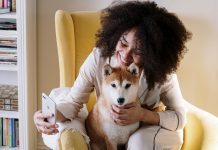 20 Fun Things To Do In Your Home During Quarantine!