We know him as the son of one of the most veteran script-writers. We also know him as an ace actor and director. Looking at his family background one is bound to think that Farhan has talent in his genes. To our surprise he tells us that it is his diligence who has braught him here! 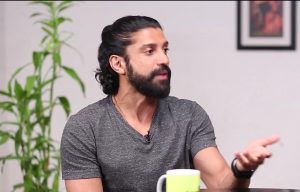 Q) Was Farhan always a performer?

A) Here the actor tells us he was very influenced by movies as a child and this is why at a young age he realized the influence that movies have. So, things that people propogate have influences of movies at impressionable minds.

Q)  What an actor should do or practice to become a character completely?

A) Farhan tells us in order to become character completey, an actor should ask his queries to writer. Why to writer? Because they are the people who have been living with the character in their minds for longest time, so they have already visualised the character and can give an actor the best idea about it. 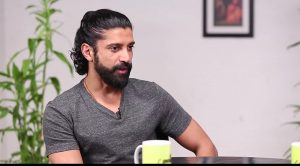 Q) Taking tips from writer instead of director is Farhan’s take! Has this attitude came being a child of two writers?

A) Here, Farhan tells us he definetly has a respect for writing craft but taking tips from a writer is not necessarily because he is a child of writer. Further, he tells that he has the influence of all the actors he worked with. As they havr impressed him so much, he had followed them.

Q) When Farhan was a child he did bathe at his mom’s bed once! Why? 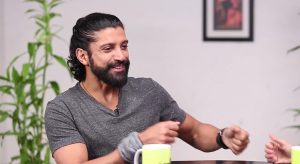 A) He laughingly tells us that Zoya always used to say that he was adopted and she had a bath in mom’s room. She never mentioned bathroom and he thought bathing in mom’s room made her a superior child. So to equal her, he took bath at his mother’s bed.(laughs)

Q) Farhan’s mother used to call him a nightmare and used to worry a lot about his future! Why?

A)The actor reveals  when he was in second year of his college, he just stopped going to college and would just watch movies at home, and seeing this attitude his mother was very worried. He did this for about year and a half and after that he told his mom that he wanted to be an director. She was initially very apprehensive but as he started getting successful she got relaxed.