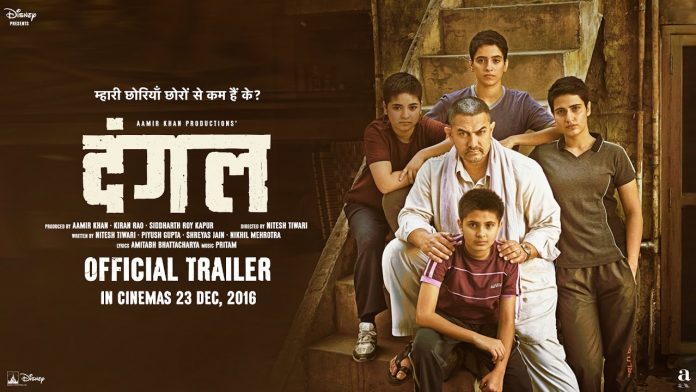 Dangal is the latest Bollywood flick directed by Nitesh Tiwari produced by Aamir Khan, Kiran Rao, Siddharth Roy Kapoor.  Dangal movie starring Aamir Khan and Sakshi Tanwar in lead roles is a real life story of Mahavir Singh Phogat who loves Wrestling and trains his daughters Babita kumari Geeta Phogat for the same. The film covers his struggle and the problems Mahavir faces in this process. The title ‘Dangal’ means “Wrestling Competition” and the struggle and determination of the athletes to win a medal is perfectly portrayed in the movie.

One of the reasons that kept people awaited for the movie is the effort of Aamir Khan and his love towards his movies. He gained almost 25kgs for his role in the movie and made himself suit the character. This shows the stubbornness of the actor to make the best out of anything.

The first look itself gave the best shot and it looked very much impressive. The role of Mahavir Singh Phogat is tailor-made for Aamir khan. His expressive eyes in the first look poster showed his determination and perseverance towards wrestling. As people say, ‘First impression is the best impression’, Dangal movie followed the same and marked a good impression among the audience. 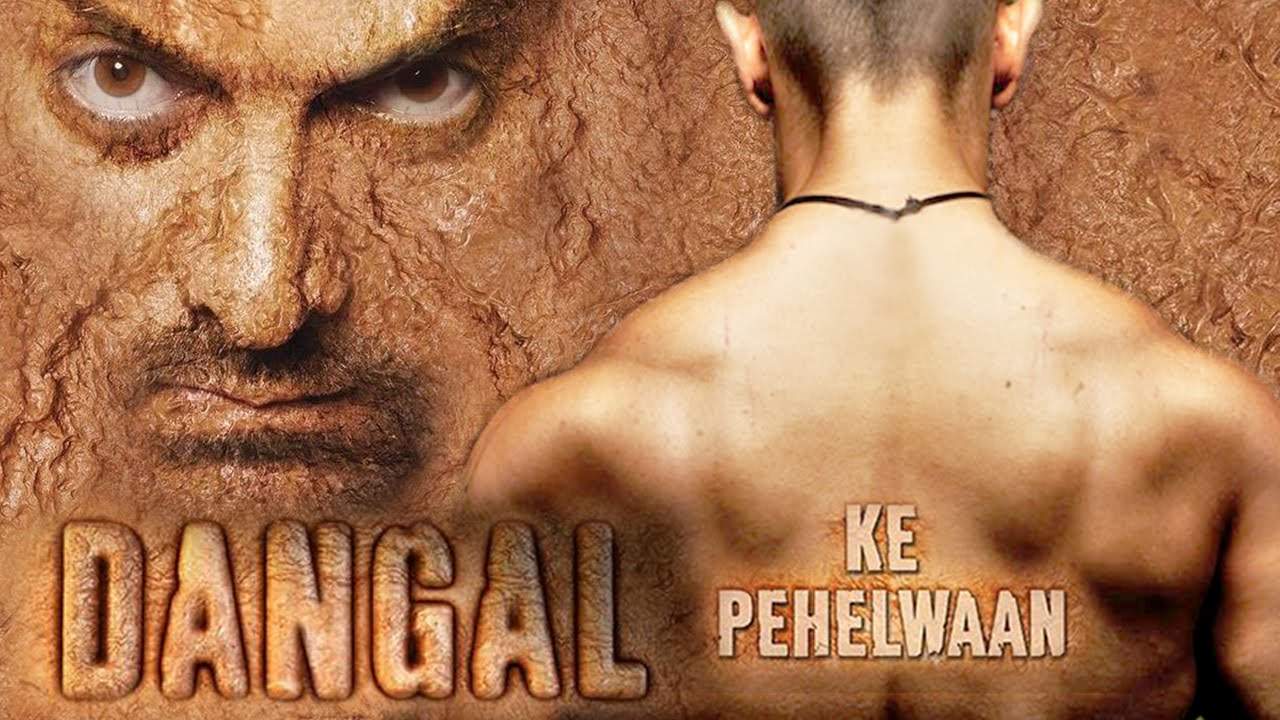 Coming to the trailer, it revealed most of the story but yes there is something more to lookout and know in the theater. The visual treat of the dedication of Mahavir Singh and his two daughters is worth watching.

Mahavir Singh Phogat (Aamir Khan) is a dedicated wrestler who was unable to succeed in bringing a gold medal to the country and hopes to fulfil his dream through a son. He feels ‘Medallists don’t grow on trees, you have to nurture them with love, with hard work and with passion’. Although he looks for a son to achieve his dream, all the four times his wife, Sakshi Tanwar who rose fame with her television series and advertisements played a pivotal role in the film, delivers girl child. Though he was not against girl child, he seems depressed for not having a son who can accomplish his dream. He then gets to recognize the strength of his daughters Geeta (Fatima) and Babita (Sanya) after they thrash two boys. He realizes that gold is gold and it can be achieved by a boy or a girl. He then starts training them and how they strive hard to accomplish the medal makes the crux of the story.

Dangal, the most awaited rousing film has collected over Rs.29.78 crore in the box office and the film is getting appreciation from all parts of the industry and the audience. It is expected to be a part of the 100 crore club soon. The tickets were booked for the first day more in advance even though it was Friday. This shows the love shown by the audience towards the real life story and the leads.

Mehboob Studios! A place where iconic movies like Devdas and Kabhi...

Top 10 Boyce Avenue cover that will entice the inner music...