Although English is just another language but it’s considered as one of the most beautiful and most spoken languages in the world and a single flaw can massacre its essence.
So here I present the common mistakes we make while using English.
1. Its vs it’s– There is a basic difference between the two. It’s is a substitute for ‘It is’ whereas its is used to denote something related to ‘it’.
For example:-
The machine is new but it’s defective.
The machine is new but its wires are defective. 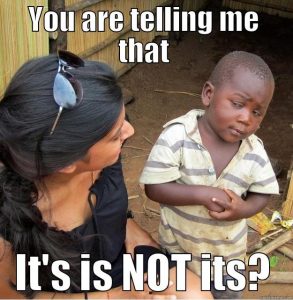 2. There vs their– Again a pair of confused words. There is used to denote a place whereas their is used to denote anything related to someone or something.
For example:-
Mr. and Mrs. Aggarwal live there with their children.
3. Lose vs loose:- Though these words have similar pronunciation but their meanings are in no way related. Lose means when you no longer have something or someone. On the other hand, loose is the opposite of tight.
Example:- I might lose my job.
The dress she bought is very loose. 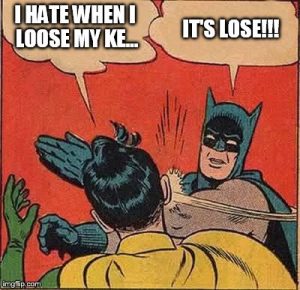 4. Your vs you’re– The confusion is pretty similar to its vs it’s. You’re actually means you are and your indicates anything related to ‘you’.
Example:- You’re beautiful and so is your child.
5. Who’s vs whose– This is a very common mistake made by people as their meanings are almost the same. Basically, who’s stands for who is or who has whereas whose is a possessive pronoun.
Example:- Who is standing there?
Whose book is it?
6. Unsocial vs unsociable:- Although in the 19th century both these words were synonymous but with time their meanings have slightly changed. Unsocial is a temporary feeling of unwillingness to mingle with people whereas unsociable is a permanent character.
Example:- People these days are becoming unsocial.
Rikki’s unsociable nature made him unpopular.
7. Wrong way of introduction: Usually when we introduce ourselves we place our-self first but that is wrong. You should first mention the people associated with you and then take your name finally.
Example:- My family and I will attend the wedding. √
I and my family will attend the wedding. × 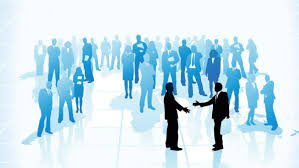 8. Revert vs reply: Nowadays our emails commonly end this way, “Kindly revert to our mail as soon as possible.” but this is wrong English. If you Google or check the dictionary, you will realize revert means going back. In no context, it is synonymous to reply.
Example:- Kindly reply as soon as possible.
I reverted to the previous homepage. 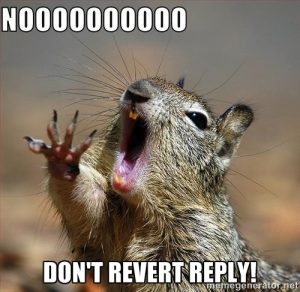 9. Give exam vs take an exam:- It’s very funny that this is one of the most common mistakes which can be rectified using common sense. The one who will conduct the test is giving a test and the person who attempts it is taking the test.
Example:- The teacher will give a surprise test.
The students will take their half yearly exams today.
10. Unnecessary addition of preposition:- Words like discuss and return are not followed by prepositions.
Example:- I will return all your books.
We will discuss morphology of flowers today.
11. Then vs than:- Then is used to denote time. It is actually the past tense of now and than is used for comparison.
Example:- Then they had lunch.
I am smarter than my brother. 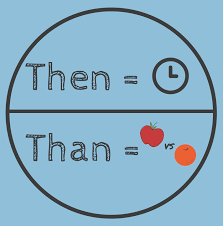 12. Prepone:– Though a lot of people will object when you will use the word prepone which means advancing things but don’t hesitate. You are right. Although the word prepone did not exist earlier but in 2011 it was added to the oxford dictionary.
13. May I vs Can I?– When you take permission, use the word may and when your inquiring whether you have the ability to do something, use the word can.
Example:- May I drink water?
Can I dance after the operation?
14. Did not do– After did not, never use past tense. You cannot place two words in past tense consecutively.
Example:- I did not bring my books. √
I did not brought my books. ××× 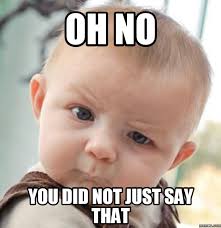