December is the last month of the year, full of anticipation, hope, calculation and reflection. Yet another year is gone in a click. We ponder over all the things we did and we didn’t. Resolutions are made for the upcoming year. Most importantly, curling up inside our sheets while a warm fire burns and fairy lights deck the room, the most awaited holiday of the year arrives. The smell of hot chocolate and cake wafts through the air. There is snow, there is fun. All the family comes together. And all of it happens around one specific day: Christmas.

Contents hide
1 About the origin of Christmas Day
2 Christmas Beyond Religion
3 Santa Claus and the Practice of Giving Gifts
4 Things to Do in Christmas
4.1 Decorations
5 Singing Carols
5.1 The Special Christmas Dinner
5.2 Gifts

About the origin of Christmas Day

Although there are speculations, and even controversy and debate, it is considered that Jesus Christ, the man credited with founding the most popular religion in the world right now – Christianity.  All confusions apart, as per the Church, on 25th of December, 4 B.C., at midnight, two bright angels were seen. A messiah was born of Mother Mary and Joseph, who was a shepherd. Everyone and everything were very happy all around. This was all a part of a prophecy. Mary and Joseph were Jews, members of the oppressed minority in Jerusalem and all of Palestine. They were ruled by the Romans, and like many exploitative ruler in history, infringed on the basic rights of the Jews. They were looked down upon and treated ruthlessly. A lot of it was for taxes.

In all the troubles, the foretelling of a “savior” started doing rounds. Soon enough, according to The Bible, the miracles were seen and a baby was born of the Virgin Mary that people came to see.

Among all those who came to see, there were three wise men from the East who brought gifts for Jesus when he was born. They were myrrh, gold and frankincense. They mark the beginning of the practice of exchanging gifts by sacrificing their precious things. There is a story of such sacrifice, named ‘The Gift of The Magi’ by O’Henry. According to the tales, they were all individually instructed by the omnipotent God appearing in The Bible to move to Palestine to witness the birth of the “king of the Jews”. Apparently the ruler or the city, King Herod, the hated leader, scoffed at the presence any other king of the Jews. So the three men, who called themselves The Magi, followed the star to the birthplace of Jesus.

The historical validity of this story is hard to prove, but this is the version The Bible has to tell, and thus has been the most believed version by people all across the world. Christmas Day celebrates the birth of a savior, a man who was sacrificed to show the world a greater good, and restore faith in God.

Even though the event of Christmas has arisen out of a Christian faith, at present people all across the world celebrate it even though coming from different religions. Christmas has become a holiday of happiness. Baking cakes, partying, decorating and exchanging gifts are popular. People visit churches even though they are not Christians. It brings together everyone, freeing them from days of stress and work to give a day of happiness.

Santa Claus and the Practice of Giving Gifts

Santa Claus, also known as Saint Nicolas, Father Christmas, Kris Kingle or simply as “Santa“, is a figure with legendary historical and folkloric origins who in many  Western cultures is said to bring gifts to the homes of the good children on 24 December, the night before Christmas. However, in some European countries children receive their presents on St. Nicolas’ Day, 6 December.

The modern figure of Santa Claus is derived from the Dutch figure of Sinterklaas, which, in turn, has part of its basis in hagiographical tales concerning the historical figure of Christian bishop and gift-giver Saint Nicolas. During the Christianization of Germanic Europe, this figure may have absorbed elements of the god Odin, who was associated with the Germanic pagan midwinter event of Yule and led the Wild Hunt, a ghostly procession through the sky. Over time, traits of this character and the British folklore character FatherChristmas merged to form the modern Santa Claus known today.

The figure of Santa Claus is one of hope and goodness. He is used to teach children virtues, and acts as a guardian that will make sure the children are good all throughout the year. Parents tell their children that Santa Claus keeps track of all the good and bad children, making lists. The ones who are good get gifts on the Christmas Eve, mainly things they had wished for. The bad ones are penalized.

The concept of presents percolates further to adulthood, however the figure of Santa Claus fades. It is adults giving gifts to each other. This day of the year is also taken up to gift unfortunate children things that will benefit them.

Things to Do in Christmas

The final countdown to Christmas begins with the starting of decorations. Everyone decorates in their own ways. But the common elements remain the same. There is a Christmas tree; there are socks and there is a toy Santa. There is most often a miniature statue of Christ. There are lights, mostly fairy lights, put up on the tree and around the other decors. There is a big sock, sometimes more than one, which Santa is said to fill with gifts late at night after everyone sleeps. The Christmas tree is decked with balls, bells, laurels, stars, and often drums. There is one big star symbolizing the star that marked the birthplace of Christ on that auspicious night. Laurel wreaths are also put up, mainly on the doors.

Music everywhere have been a great and popular way of prayer and celebration. Christmas is no exception. Carols have become an inseparable part of Christmas. It is true that during prayer, hymns are sang. But carols are the ones sang around the dinner table or casually. Most importantly, people of all religions participate in this singing of carols. Jingle Bells is perhaps the most famous. The famous band Boney M had their versions of Jingle Bells and Mary’s Boy Child. Later acapella group Pentatonix produced their rendition of Mary Did You Know, Carol of the Bells, Little Drummer Boy, O Come All Ye Faithfuls, White Winter Hymnal, a cover of Leonard Cohen’s Hallelujah, and their self composed track That’s Christmas to Me. Besides these, a range of various Christmas carols are available, in various versions. Singing carols has remained almost a kind of rituals, finding their way into Christmas special programmes, be it in school or the local chapel.

Perhaps the best part of Christmas is family and friends coming together at the dinner table to enjoy a scrumptious dinner concluded with dessert. Cakes have remained the most important part of the celebration, the smell wafting through the air as every household bakes a cake as per their liking- fruit cake, plum cake, or chocolate or butterscotch cake. The dinner has a roast surely- usually beef, with stuffings, mashed potatoes, gravy, soup, and vegetables. It is more about the emotions surrounding this dinner, rather than the food, that makes everything special.

Not just children, gifts are exchanged among adults as well. Candies often accompany the gifts. Children get what they have been wanting all year round from Santa, while adults gift each other things they’d love. It shows the goodwill, and keeps everyone happy and content on the best holiday of the year.

No matter where from you are, Christmas is bound to be a part of your life, Be it a day of unwinding, relaxing, or enjoying with loved ones, it is one cozy day of winter that relieves your stress and reminds you what a beautiful place this world is, full of love, and also good food! And the best part it, you can celebrate it your way, doing what you love to do. because the essence of Christmas lies in that one word: love! 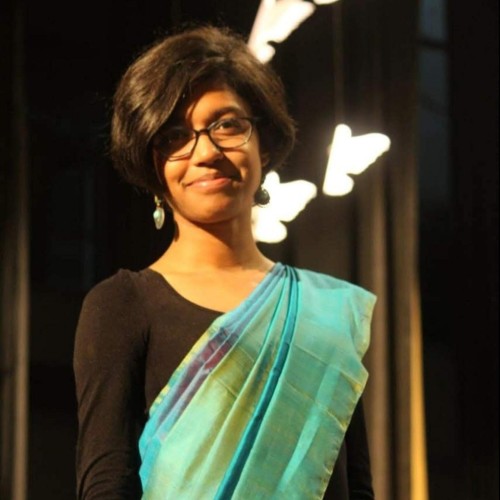