When it all happens suddenly…

As a 17-year-old  girl from a really conservative family in Chennai, being sent to a city like Bangalore to study was itself a great thing. Accept it or not, I had a lot of untold (and even told ) taboos. At the very beginning, I had a cultural shock when I came here. I never knew a whole lot of college-goers will booze and smoke. Frankly speaking, leaving aside the feminist debates and taking into consideration the unsung cultural code of conduct at the place I hailed from,  it was balling over to especially look at girls doing that. It all started because of that one momentary flash of inferiority complex.  That little thought of “Am I not good enough ?” That sudden fear of missing out on a whole lot. That feeling of not being able to relate to those presumably hi-fi people around me who would never like me or make an effort to talk. That painful processes of mental self-body shaming just because I am fat. Everyone around me would be jamming random English songs that I’ve never heard of before and I’d just stand there doing nothing. They will all go around partying, boozing and touring, and I’ll sit in my hostel room talking over the phone, chatting, studying or doing some other work. All this would make me feel odd and inferior. 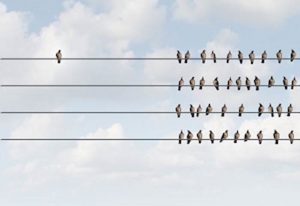 I had this problem of not being able to talk coherently in a casual conversation in the moments I felt inferior. I’d mess up while talking and feel irritated just after that. I’d constantly miss my people back in Chennai who made up a big part of my life. I’d miss being comfortable with someone. I’d miss home and literally, I’d miss being myself. With about 80 students in my class to talk to and a roommate back in my hostel, I’d still feel lonely. I was so freaked out that I was desperate to get a friend, to be honest.

It was really tough to go from a happy-go-lucky girl who had so many friends and a great life to a loner in college in just a flash. Of course, this did happen gradually, and I did have a few friends in the beginning, but yes! Differences and sensitivity of people just plays the trick so well. Being discriminated by a young, supposedly civilized woman of the 21st century, just because I’m a south Indian or rather a Tamilian who actually can speak in Hindi but did not do so due to the inferiority complex again, was something I never expected. 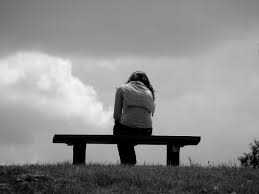 I don’t know if people would admit, but, many of us fail to accept our loneliness. Now that is one of the main barriers that stalls the possibility to have a great life even after being a loner. Half the battle is won there itself. No one would come and tell you this but it’s all going to be fine one day. One will surely get used to it and be happy. People who want will surely make an effort to stop by.I learnt, in a rather hard way, that it is so simple after all to take life as it comes and just go with the flow. Of course, it isn’t easy to not feel bad when someone keeps asking you to shift a seat in class/anywhere else to sit with their group because you’re alone, but, it isn’t that hard to just let it go. It actually IS peaceful this way. I may still not have a good friend to talk to or go out with and flashes of loneliness/ inferiority complex here and there, but, I’m happy, with myself and whatever I presently have. I got over this feeling and learnt to believe things will get better one day.I’m proud of this. And so should every soul feeling this way. When there is no enemy within, the enemy outside can’t harm you.