Deciphering Burhan Wani And Kashmir Unrest: Are Indians To Be Blamed Or Political Situations?

“Moun Burhan, Choun Burhan” Burhan Wani still runs as the blood of revenge through millions of Kashmiris. Burhan Wani is not dead. He still remains alive the hearts of million Kashmiris, after being shot by the Indian security forces. The 22 year old Wani is been portrayed as a larger than life figure who at present is inspiring the oppressed Kashmiri clan to stand for their rights. After the assassination of Wani, intrepid efforts are still on the way to vindicate the Hizbul Mujaheedin commander’s crimes and to provide a narrative explanation about the victimhood in the valley, which has led to in numerous bloodshed and millions injured.

Bearing a weapon in his hand, Burhan wasn’t a terrorist who beared a string of police records against his name, neither was he school dropout at a tender age, who picked up armours having an option to make out nothing of his life. He did not even picked up guns to shoulder the responsibilities of his family nor did he pictured terrorism through social media. He was either not involved in brainwashing youth to take up terrorism nor the terrorist involved in the carnage of four Rashtriya rifles men in Buchoo Bala area in his hometown Tral.

Well, now one gets to see a glamourized version of Wani, which describes him as the ‘Poster boy’ for the Hizbul Mujaheedin, who was just an armed rebel, with remarkably good looks, unlike most of the oppressed members of the valley. He came from an opulent family, his father Muzaffar Ahmed Wani being a mathematics teacher and a principal of a higher secondary school while his mother Maimoona Muzaffar was a postgraduate. Burhan’s brother was initially harassed by Indian security forces.

Burhan, the charming young man would be amongst us if he wouldn’t have clamped onto terrorism, just because of the excruciating and sadist ways owned by the Indian security forces. The news of the dead Wani outburst in the valley like fire, which led to constant severe unrest throughout Kashmir. The politicians raised a doubt regarding his past terror records, where an undue advantage was raised, to publicize their powers. The ligation was instantaneously picked up by Pakistan, and thus the game for destruction of peace began. The extra judicial killing of Burhan Wani, along with 8 protestors is considered as an act of abashment, in the context that no such militancy records are attributed to him till date. This was indeed a premeditated attempt to kill Wani, to neutralise terrorists and question about their deeds, an action that has been previously carried out by many other countries. India now counts amongst the one who killed Wani, using political manipulations as a base-line. Simultaneous to the grief over the loss, the valley ablaze in fire, the hidden anger which set the paradise in fire. The valley was set in due unrest, with the youth indulged in stone-pelting and the security forces with hazardous pellets, that caused in numerable Kashmiris to lose their vision forever.

Our constitution has given us the freedom to live as per our own will, and it is a severe disgrace if someone tries to humiliate the proposed freedom. Where lies the justice that a part of the nation is barred from basic communication facilities? Where lies the justice to condemn innocent Kashmiri boys and men? Where lies the justice that a part of the nation is filled with half-widows? Where lies the justice when an innocent have to prove his identity for his existence? It is not a single matter that has made a hell out of a paradise. The valley has set ablaze due to the lack of human rights and basic amenities. The politicians claim that India is a developing nation. How can this be possible, when a part of the nation is striving to retain their identity and rights, and thus create a balance between their economic and social strata? It is the duty of the politicians to take care of the funds that are supplied on a regular basis, by the government, to nourish the underprivileged sections of our society. Where are these funds drained into, if they fail to reach the common man? These are the only questions that are quite reasonable that has resulted in extreme anger, and has encouraged the youth to take up guns. Studies in regardance to the subject says that nothing could be more far than the bitter truth, that mere innocent brainwashed teens choose to take up guns as a part of their livelihood, when they nothing else to make out of their lives. Poverty drives the poor to terrorism because of the social humiliations.

Every individual in the valley has the right to a better future, where every child is minimal educated and the family holds a fair economic background to support its members. Hungry bellies and empty brains should be uprooted in order to uproot terrorism. Political parties should be made answerable by the public. They should raise their voice as seeking the demands of one’s own rights is never a crime. Burhan was even such an ablazed teen, who wanted to restore back these amenities in the paradise, but ended up breathing his last. His father is grieved over the loss, but consoles himself stating that he has faith on Islam, and if required for Allah’s sake, he can readily sacrifice himself as well as hid children.

It is a worst situation, when the nation’s own deficiencies leads to terrorism, and then the process of neutralisation occurs as massive killing, destruction and unrest. It is high time that the nation should strive towards making possible changes around, to eradicate terrorism, thus in turn boost up literacy and demolish poverty amongst the youth. 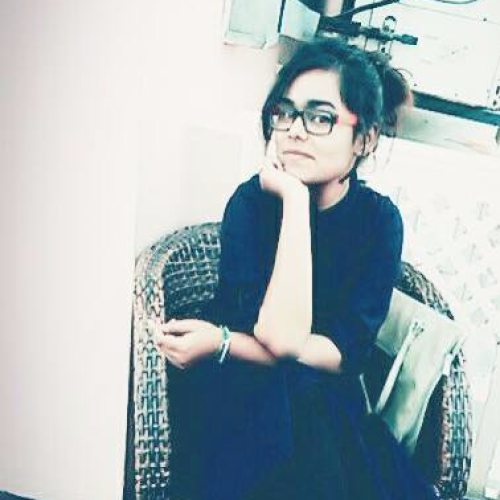 Saheli Bose
Heya!!! Saheli Bose is a writer at Buddymantra. Posessing a keen taste for writing she even manages medicines well, as she has pursued b.pharmacy from birla institute of technology, Ranchi.