7 Effects That Will Blow Your Mind

The universe functions in mysterious ways. A small change in one part of the world can trigger disastrous responses in a completely different time zone.  A number of these phenomena have been explained via different theories. These theories might sound bizarre at first, but are backed by science and have provided explanations for numerous events that have occurred throughout history.

The butterfly effect is used as a metaphor for a branch of mathematics named the Chaos Theory. The chaos theory states that a small change in a complex system can affect the behavior of the entire system. This process might be slow, but it will happen eventually. Unlike conventional science, which deals with predictable, linear phenomena, the chaos theory addresses unpredictable happenings and non-linear phenomena. The butterfly effect derives its name from its most prominent example, which relates to a butterfly and a hurricane. The example states that the fluttering of a butterfly in New Mexico can eventually cause a hurricane in China. These two might seem like distinct unrelated events but are connected and dependent on one another in perplexing ways.

The halo effect is an inherent bias in humans that causes them to favor people or entities that are more attractive and have a higher degree of visual appeal. The halo effect is usually based on first impressions and is closely related to physical attractiveness.

The halo effect is very commonly seen in job interviews, where the better attire of a candidate is directly correlated with a higher degree of intelligence and smartness. Marketing industries have been using the halo effect for advertisements for decades now. A celebrity or a popular figure is usually associated with a brand to increase its popularity. The consumers relate the product to the celebrity directly, increasing its demand.

The opposite of halo effect is called the Devil Horns effect. This effect states that negative traits of an entity make it seem overall less attractive. The entity thus ends up receiving little or no attention.

The halo effect was first described by Edward Thorndike in 1920 in one of his research papers. His study involved rating a group of soldiers based on certain characteristics. It was concluded that soldiers with better physique scored higher ratings in almost all fields, including intelligence and character. This observation implied to the fact that the physical fitness of soldiers helped them in scoring better in completely unrelated fields as well. Edward titled his paper “A Constant Error in Psychological Ratings” and the term halo effect has been used to explain a number of phenomena since then.

The Mozart effect theory states that listening to classical music has a direct impact on the brain and can boost short term intelligence. Scholars at the University of California conducted an experiment on a group of children that were divided into parts. One of the groups was made to listen to Mozart, while the others were either made to sit in silence or listened to soft relaxation music. It was concluded that students listening to Mozart showed increased spatial reasoning skills. This increase in intelligence was however short lived and lasted only ten to fifteen minutes.

The same study was later performed on older kids, between three to five years in age. The children were divided into groups. Kids from one of these groups were made to take music lessons, while children in the other groups were taught lessons like computer. After a period of six months, the kids learning music showed a 30 percent increase in spatial reasoning skills as compared to kids in other groups. This increase was also short-lived but lasted for almost twenty-four hours. The duration of the effect was thus found subjective to age and the length of exposure to music.

Robert Rosenthal and Lenore Jacobson conducted research on elementary school children which led to interesting results. The teachers of the elementary class were told that one-fifth of their students were exceptionally smart and unusually intelligent. These kids were labeled as the “gifted” kids of the class. Interestingly enough, the “gifted” kids were chosen at random from the class itself and were just the same as their peers. After the study was over, it was seen that the labeled “gifted” section of kids showed a higher increase in their IQ level as compared to their classmates. The researchers reasoned that this behavior was attributed to the teachers paying more attention to the “gifted” kids, and providing them with more encouragement than others. These kids thus ended up excelling as a result of higher expectations.

The trickle-down effect of economics states that the benefits enjoyed by the higher section of society gradually trickle down to the lower strata. These benefits might range from fashion trends to normal goods. Newer goods are first released in fewer numbers, making them a luxury which only the higher class can afford. The goods get more exposure, thus increasing their market. The demand increases, which affects the price and the goods are made affordable for the lower classes, eventually losing their “luxury” status.

The trickle-down effect was first studied by Rudolf Von Jhering in the 19th century. He studied the trickling of fashion trends from the upper to the lower classes until it became available and popular among everyone. He studied that fashion trends adopted by celebrities turned popular among their followers. The followers then started adopting a similar style of fashion. The trend faded away once the style had been adopted by a large section of society. The upper strata then adopted new trends and the cycle continued.

The Hundredth monkey effect explains that once a critical number of people achieve awareness about an idea or a fact, the idea communicates to the rest of the entire community.

A study was performed on the island of Koshima in Japan in 1952 where a group of monkeys was given sweet potatoes rolled in sand. The monkeys liked the potatoes but were bothered by the sand. One of them, a baby monkey named Imo, came up with an idea of washing the potatoes in a nearby stream, thereby getting rid of the sand. She shared this with her mother and her play-mates and a bunch of monkeys soon started washing their potatoes. The idea, however, was not vastly propagated and a number of monkeys still ate sandy potatoes. Months passed by and the process of monkeys learning to wash their potatoes was very gradual. However, one day in the fall of 1958, the scientists observed that the idea of washing potatoes had propagated over the sea. Colonies of monkeys and even monkeys from other nearby islands had suddenly started washing their potatoes. This behavior was unforeseen by the researches and formed the basis of the hundredth monkey effect. Hundred being the assumed critical number here. Once a certain critical number was achieved, the idea communicated to the rest of the community, and all monkeys started washing their sweet potatoes.

The Placebo effect states that a psychological belief of being under medication tricks the brains of patients into believing they are actually under a treatment, helping them recover faster. Patients are given fake shots or pills and the results are often recorded. It is important to understand that a placebo is  just a psychological relaxation and not a real cure. A study conducted on asthma patients divided the patients into two groups and provided one with inhalers. These inhalers were fake and were only installed with air. The other group was made to sit idle in a room. The patients were checked after a few hours and neither of the groups showed any medical improvement. However, when asked for personal opinions, the group on fake inhalers claimed that they felt better post taking the inhaler.

Placebos are usually used in company with other medicines. These have gained immense popularity, especially in the past few years, and have proved successful in helping the treatment of pain management, stress-related insomnia, and cancer treatment side effects like fatigue and nausea. 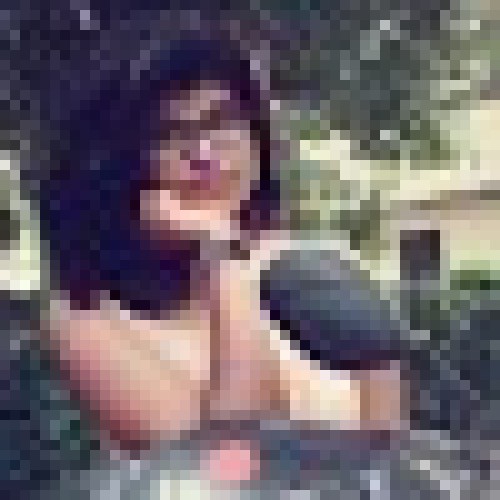