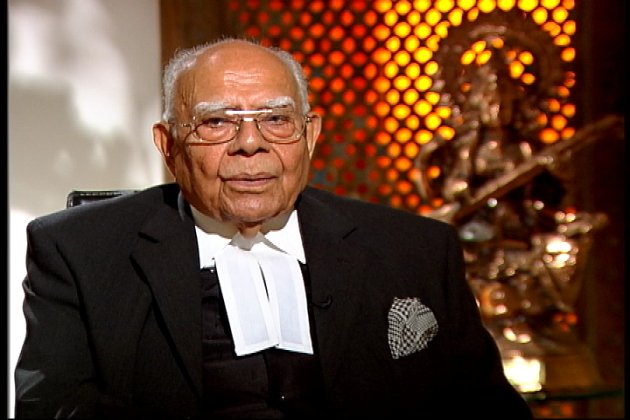 Recently, the veteran lawyer, Mr. Ram Jethmalani passed away on September 8, 2019, at the age of 95, a week away from his 96th birthday. The nation remembers him as a powerful and intelligent lawyer, the wrath of whom even the biggest of the opponents feared. The nation also remembers him as an advocate of high profile cases that he had argued over the years. Considering the hype that revolved around his name, here are the top 5 high profile cases that Ram Jethmalani argued before the court.

For the purpose of understanding this case, it is important to note the definitions of the following legal terms –

Jury – a group of people, belonging to different religions, communities, and class, who sit during a court hearing and unanimously give a decision. They usually have less legal knowledge and decide a case by the methods of critical thinking and analysis of the court hearrings.

Bench – the judges of the court.

The story of K.M. Nanawati was made famous by the Akshay Kumar starrer, Rustom. It is about a naval commander who shot his wife’s lover and then faced a criminal proceeding for the same. This case was one of the first cases in India that  brought Jethmalani in the limelight. This is not only because Jethmalani was successful, unlike as shown in the movie, in making the court convict Nanawati of the murder, but also because it was Jethmalani’s appeal, which led to the abolition of the primeval Jury system in India. Jethmalani’s primary argument to the case was, that, as per the account of Mr. Nanawati, the aggrieved party came dressed in a towel after a bath, after which they had a scuffle, after which Mr. Nanawati shot the victim. However, when Ahuja’s dead body was found, the towel was still intact and wrapped around Ahuja’s body perfectly. Jethmalani argued that in case of a scuffle, the towel should have fallen down. The towel not falling meant that Nanawati had indeed the intent of murdering Ahuja, and did so. Therefore, Jethmalani was successfully able to prove that there was no scuffle, thereby proving Mr. Nanawati’s account to be false. The jury, out of emotion, acquited Nanawati of the murder.

This was because Nanawati had developed a hero-like image in the eyes of the people, and the jury itself consisted of commoners. This was because he was getting the sympathy of a man whose wife cheated on him, and now he had to face a trial for the murder of the man who was responsible. However, Mr. Jethmalani appealed against the same and was able to convince the bench of the court that the jury had out of their emotional leverage, acquitted Nanawati. But legally, Nanawati was liable for murder. Thereafter, his appeal was heard and Nanawati was tried again in the court of law. However, this time he did not face the jury, but the bench of the court. Nanawati was convicted for murder and was given the sentence of life imprisonment.

The infamous case of Sohrabuddin Sheikh’s encounter rose from the death of Sohrabuddin Sheikh on November 2005.  In 1995, in the village Jharania, from the house of Sohrabuddin Sheikh, 40 AK-47 rifles were discovered. Moreover, Sohrabuddin Sheikh had 60 pending criminal cases, the subject of which varied from extortion, to murder, etc. Sheikh was a notorious underworld criminal with links to Dawood and Abdul Latif. In 2005, dated November 23, Sheikh was travelling in a public bus. Midway, the Gujarat police ATS stopped the bus and thereafter his location remained unknown. 3 days later, on a highway in Ahmedabad, Sheikh was killed in what is allegedly known as a staged encounter. Amit Shah, the home minister of Gujarat at that point of time, was the prime accused, who was defended in the court of law by Ram Jethmalani. Jethmalani, at that time being a lawyer aligned with BJP, was naturally the first choice for Shah.  The surprising fact about this case was that Justice B.H. Loya, who was allegedly offered a bribe of Rs. 100 crore, died under unnatural circumstances.

During the case, Ram Jethmalani, as the counsel for Shah, rather than claiming that the encounter was a genuine one, claimed that the encouinter was indeed fake, but not orchestrated by the accused i.e. Amit Shah. It is said that Mr. Jethmalani did this in a bid to distance his client Amit Shah from the other accused.

Jethmalani intelligently argued that Shah was accused at the behest of the Center, and was able to acquit him of the charges.

In 2013, when Asharam Bapu was arrested for sexually assaulting a teenager, Jethmalani represented him at the court. When asked about his representation of Asharam Bapu, Jethmalani responded by saying that the case was, on facts, arguable, and that there were good chances that it won’t stand. Moreover, Jethmalani, when it came to making money off his clients, said that he makes money from only 10 per cent of his clients and the rest of his income came from the bar council. He claimed that Asharam belonged to that 10 per cent, and he, by defending him, was only doing his duty as a lawyer. However, Jethmalani, unlike as he claimed, could not prove Asharam to be innocent of the charges, and in April 2018, Asharam was pronounced guilty of the same. He also had to pay a sum of Rs. 5 lac to the victim. The case also took an ugly turn when there were various attacks that took place against the witnesses. Amrut Prajapati and Akhil Gupta were 2 of the witnesses, who were shot and killed on May 23, 2014 and January  11, 2015 respectively. There was another murder attempt at Mahindra Chawla, another ex-follower of Asharam. However, Chawla survived the attempt.

In 1999, a resident of Delhi, by the name of Sanjeev Nanda, ran over and killed 6 people, of which 3 were police officers. This case had been the talk of the town, and media described it as a test of the judiciary to take on the powerful. Mr. Nanda was returning from a late night party in Gurgaon with some friends. As he was drunk driving at the speed of approximately 140 km/hr, he crashed into the check-post and injured 7 people. Out of those 7, 3 died on the spot while 3 died later in the hospital. The 7th victim lived. He and his friends then took the car to Golf Links, New Delhi, where they cleaned the bumper and the bonnet. The police later charged them for destroying evidence. In a sting operation by NDTV, the lawyers on behalf of Sanjeev Nanda were filmed giving money to a witness. It is the talk of the town that those lawyers were juniors of Mr. Jethmalani himself. The advocates were barred for 4 months from practicing. In 2008, Sanjeev Nanda was convicted for the hit and run case, and was charged for culpable homicide. In 2012, the Supreme Court reduced the prison sentence two 2 years and added a large fine, and then sentenced him to do community service for 2 years. The incident inspired the Arshad Warsi starrer Jolly LLB.

The infamous case of Jessica Lal, wherein she refused to serve alcohol to Siddharth Vashishtha, also known as Manu Sharma, because the bar had been closed and there was no serving of alcohol after 11 p.m. and was shot by the influential Politician Venod Sharma’s son, was another case which involved Jethmalani. What happened on that fateful night was that Manu Sharma offered Rs. 1000 extra for alcohol. However, Lal refused, after which Sharma fired a .22 calibre pistol at the ceiling, following which, the determined Lal refused again, only to be shot in the head by Manu Sharma. Another interesting turn in this case was the involvement of Vikas Yadav, the son of D.P. Yadav, another politician, who was already arrested for the murder of Nitish Katara, and was out on bail. Like the previously mentioned case, this case also involved a sting operation conducted by a media house which proved that the witnessed were being bought like grocery.During the trial, Sharma got acquitted and Ram Jethmalani turned out to be victorious. However, later, when the appeal was field, Sharma was convicted of murder and sentenced to prison.

Jethmalani had always been famous for taking up high-profile and notorious cases. Other than the above mentioned cases, he has frequently been seen in dispute with Subramanian Swamy and Arun Jaitley. Both of the mentioned faced him in a defamation case. However, in the case against the former, Jethmalani was the prosecutor, while in the case of the latter, i.e. Arun Jaitley, Jethmalani was the defendant for Arvind Kejriwal, the chief minister of Delhi. The list of cases that Jethmalani has fought remains never-ending. He shall always be remembered as a highly intelligent and capable lawyer that he was.