Many people who are vegetarian are doing so for health or personal ethical issues. So it’s shocking that food manufacturers often sneak animal parts into foods that the average herbivore thinks will fit in with his or her vegetarian lifestyle.

Ladies and gentlemen, these are the foods that make the vegetarian black-list, because they aren’t actually vegetarian.

Refined white sugar is bleached in a process that entails running the sugar through “bone char” or “natural carbon”—both fancy terms for charred cattle bones. Confectioner’s and brown sugar can also be culprits, as they are variations of white sugar. Sticking to organic cane or turbinado sugar is best. 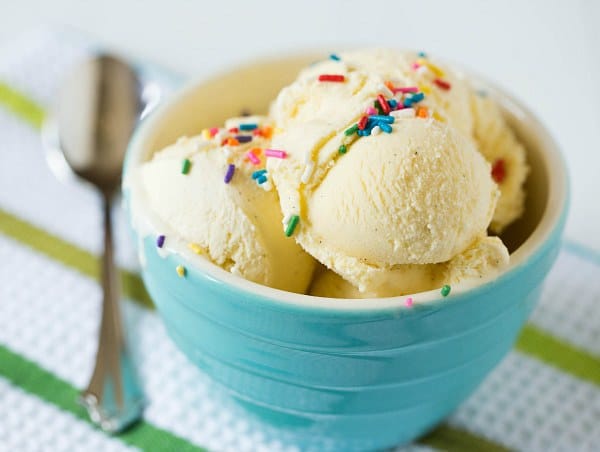 The “natural flavor” you see listed on your favorite vanilla ice cream may actually come from a beaver’s rear end. Technically called Castoreum(for the all-natural ingredient),a fragrant, brown slime that beavers use to mark their territory, and food scientists use to give products a musky, vanilla scent. The FDA has ruled that because there’s no harm in eating castoreum, food manufacturers are not required to list it in the ingredients. Best is to stick to vegan-approved ice creams like Soy Delicious or to look for real flavors and avoid the generic “natural flavoring. 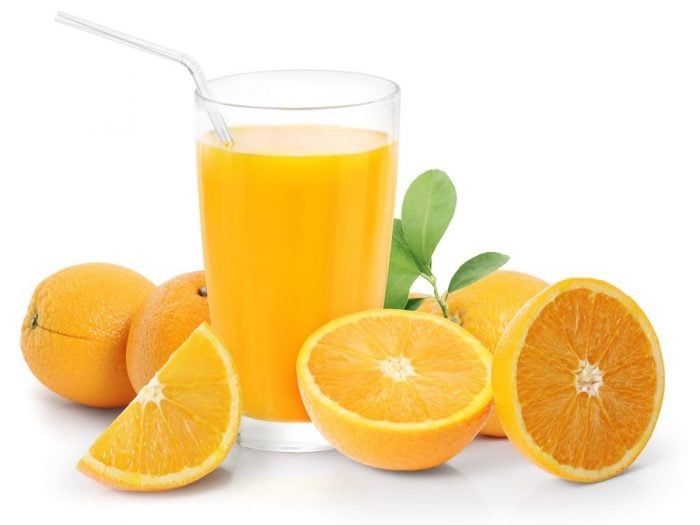 Oranges are nutritious but are not naturally heart-healthy. In order to market a juice as such, manufacturers add omega-3s, which are sourced from anchovies, tilapia, and sardines. Also, the vitamin D in some fortified juices comes from lanolin, a waxy substance from sheep’s wool. Tropicana and PepsiCo escape the blacklist, but steer clear of Coca-Cola juices, which contain lanolin-derived vitamin D. It’s better to juice your own.

Beans can be a great source of protein for vegetarians, especially when coupled with whole grains. However many traditional Mexican restaurants have a secret: Their refried beans are made with lard (pork fat) .It is better not to eat them.

Eating these yellow Bananas is equivalent to consuming Shellfish.

Banana has crabs. According to Science Daily, Chitosan, a bacteria-fighting compound derived from shrimp and crab shells, has made its way into spray-on preservatives that extend the shelf life of bananas and can infiltrate the fruit. This is a bad news for vegetariansand anyone with a shellfish allergy. So, it’s better to eat the green ones.

Here’s what it takes to make a plain bagel: flour, water, salt, yeast. Then you throw in some duck and chicken feathers. Many processed bagels and bread products contain the enzyme L. Cysteine, a “dough conditioner” sourced from duck and chicken feathers. (It can also be made from human hair.) Einstein Bros. and Dunkin Donuts have both confirmed using L. Cysteine in all of their bagels. Poultry feathers also make an appearance in the garlic bread at Pizza Hut and in Mickey D’s cinnamon rolls and apple pies. One must try to avoid them.

Alert: If you are eating your favorite Red Candies you are consuming Crushed Beetles.

Watch out for “Natural Red #4.

Not only does it give most red candies their coloring, it refers to carmine, a pigment extracted from the female Dactylopiuscoccus Costa insect. It’s sometimes listed as “cochineal,” “carminic acid” or “carmine.” Basically it’s crushed-up beetles, and it’s more pervasive than wine, vinegar, and colored pasta also boast the beetle juice. Most candy coatings are made from shellac, a resin secreted from the rear end of the female lac bug. It’s usually listed as “confectioner’s glaze” in the ingredients. Shellac is also found in furniture polish, hairspray, and agricultural fertilizer.

Some brands of beer and wine, particularly those made in Britain, are clarified using isinglass, a gelatin from the air bladder of certain freshwater fish. (Guinness is a specific example that uses isinglass.) Vegetarian clarifiers can be made from clay or algae.

At last theSalted Peanuts are also not for vegetarians because of the indirect consumption of Pig Hooves.

Some brands use gelatin as an additive to help salt and other spices adhere to the peanuts. Gelatin is derived from the collagen in cow or pig bones, hooves, and connective tissues. Buying plain peanuts in the shell is best, it also saves 22 percent of calories.